Lus Severino is looking to return to the dominance he showed in his rookie season. (Photo by Cheryl Purselll)

What a difference a year makes. From a system that was at one time devoid of big league contributors to one that saw 18 prospects make their major league debuts in 2015. Here are the players that made their MLB debuts this season. 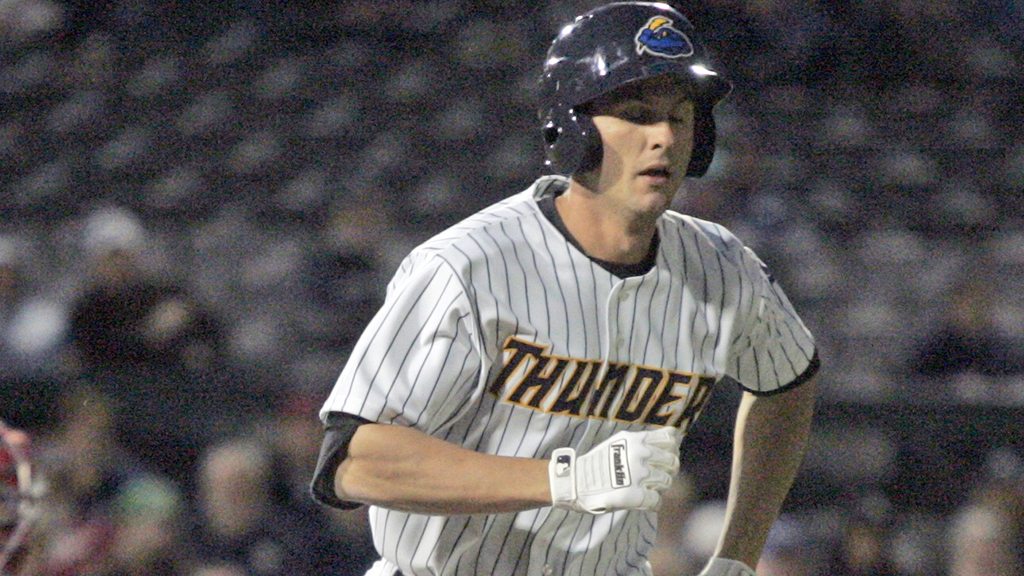 Without question the best pure hitter in the Yankees system. Losing Mark Teixeira and his MVP-level production and sparkling defense were huge blows to their postseason hopes. Bird came up and did nothing but impress. He was billed as having a sweet swing, great plate discipline and solid power and his stats showed it as he hit .261, with 11 home runs and 31 runs batted in over 157 at bats. Bird is not only the word, but the Yankees future at first base. 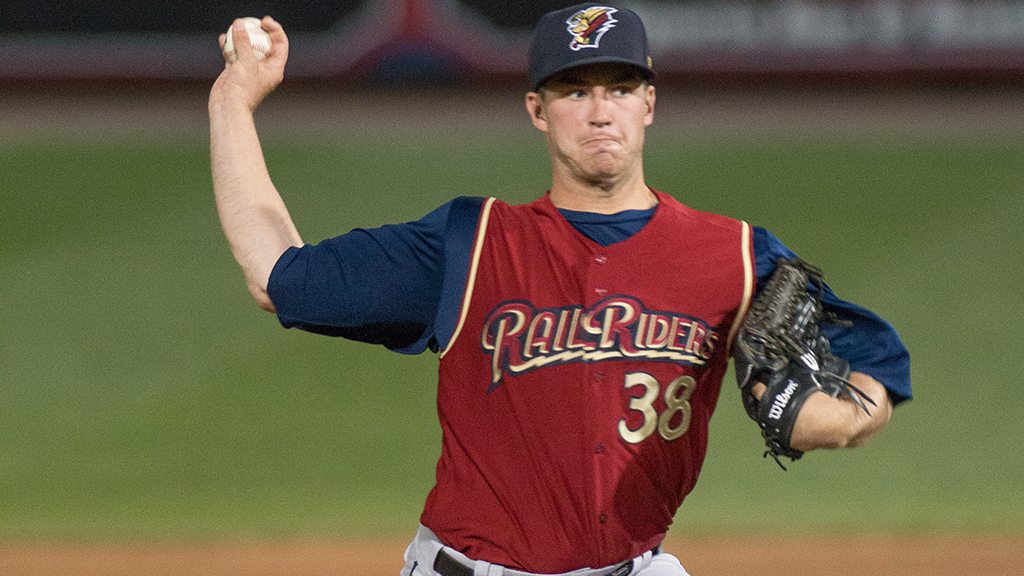 Danny Burawa was an arm that Cashman and company had hoped would be able to harness his at times dominant stuff. He made his first appearance in the same game that Jose De Paula did against Detroit. Unfortunately, that outing didn’t go well, as he gave up 4 runs in less than an inning of work. The team designated him for assignment in August and he was claimed by the Atlanta Braves. 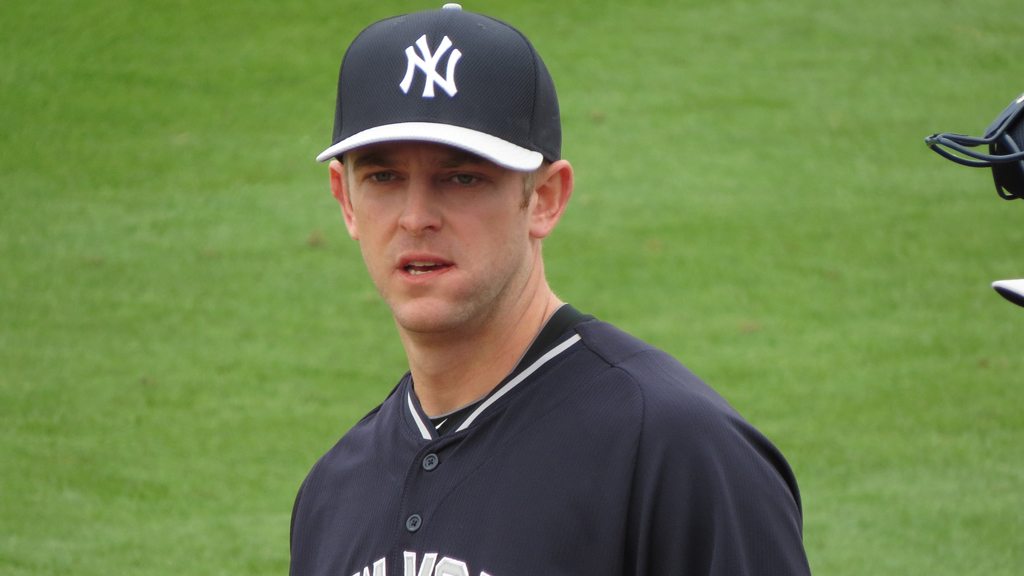 If there were a vote for surprise Yankees call up of the year, Caleb Cotham would most likely have won the award. His name wasn’t anywhere on anyone’s Top-20 Prospects list, but he made his debut as part of the Scranton bullpen shuttle this year. In 9.2 innings, he struck out 11 batters in 12 games. 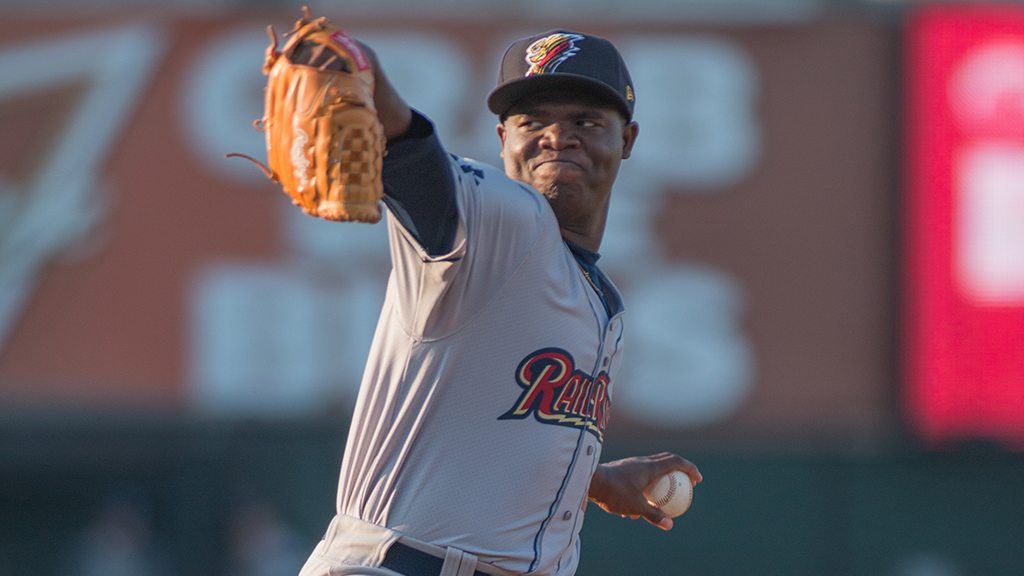 Jose De Paula was signed as free agent depth during the 2014 offseason. He made his only appearance against Detroit and it would be his only taste of the majors this year. 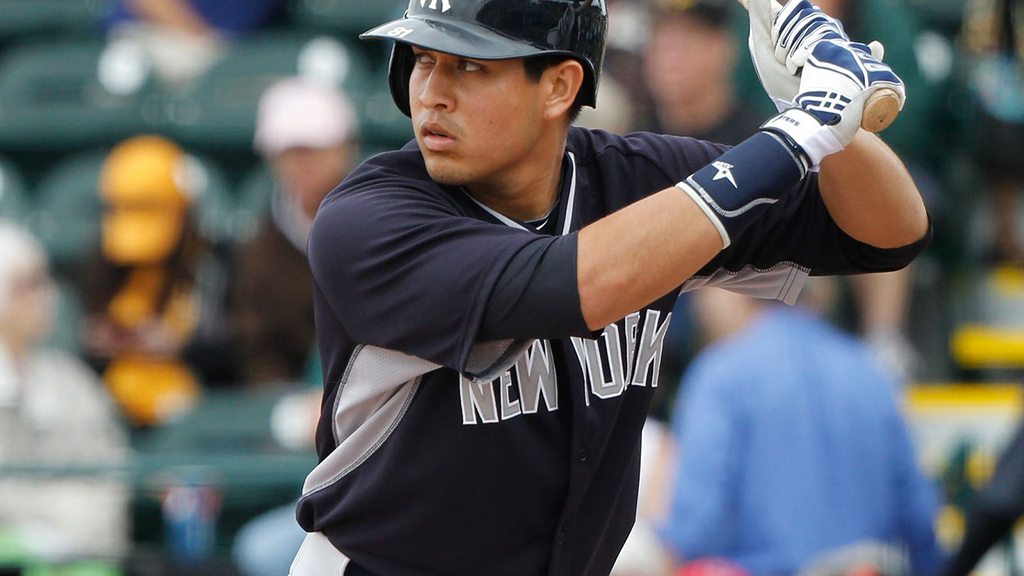 Ramon Flores had been no stranger to Yankees prospect followers, as he had been on many lists throughout the years. A solid all around player, the Yankees summoned him to make his first appearance on May 30th, against Oakland. Flores was traded to the Seattle Mariners as part of the Dustin Ackley deal. 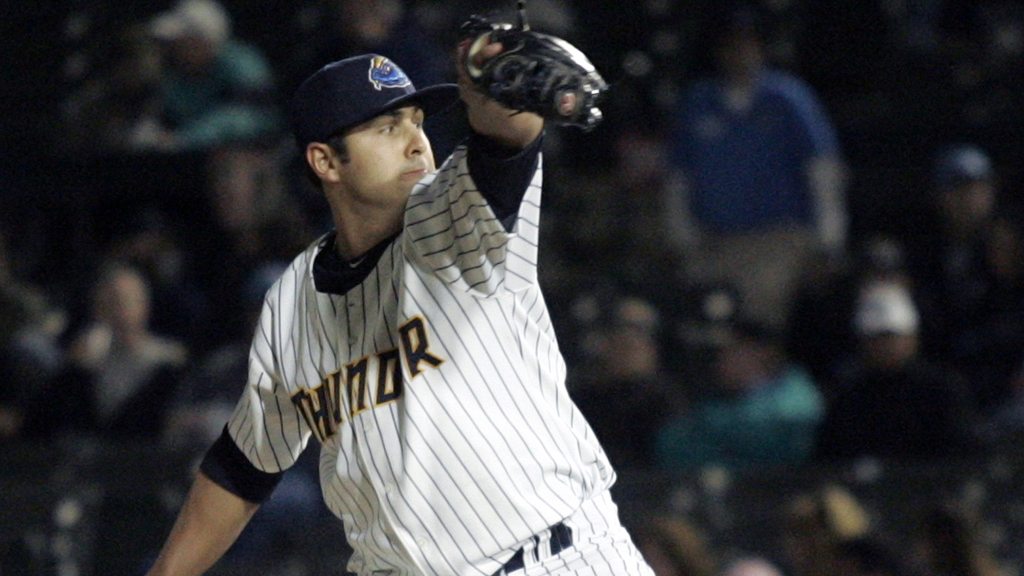 Another member of the Scranton shuttle was Nick Goody. Goody was part of the Yankees revolving bullpen plan after an impressive spring. His first taste of the big leagues wasn’t impressive, but it was only 5.2 innings. Goody will again find himself in the bullpen mix in 2016. 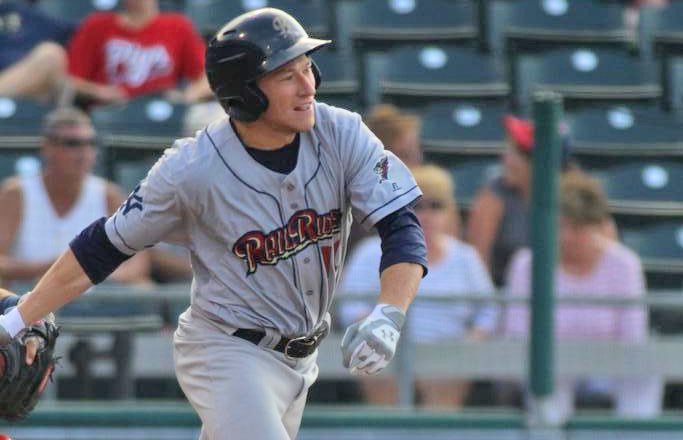 There was no better feel good story for the Yankees this season than the story of Slade Heathcott. In December of the 2014 offseason, the team had non-tendered him after years of injuries and a 40-man roster crunch. After a behind the scenes agreement, he returned to the team and was called up on May 20th, replacing the injured Jacoby Ellsbury. The small sample size was certainly impressive as he hit .400, with 2 home runs and 8 runs batted in. 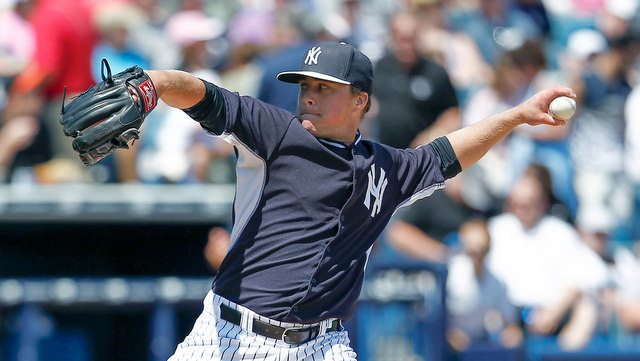 As expected, “The Strikeout Factory,” made his debut and was supposed to be part of the late inning bullpen mix for Joe Girardi. While he certainly lived up to his name, averaging 10.3 K/9, he gave up too many home runs and walks in his seven innings pitched.  A bone spur in his pitching elbow required surgery and ended his season in June. 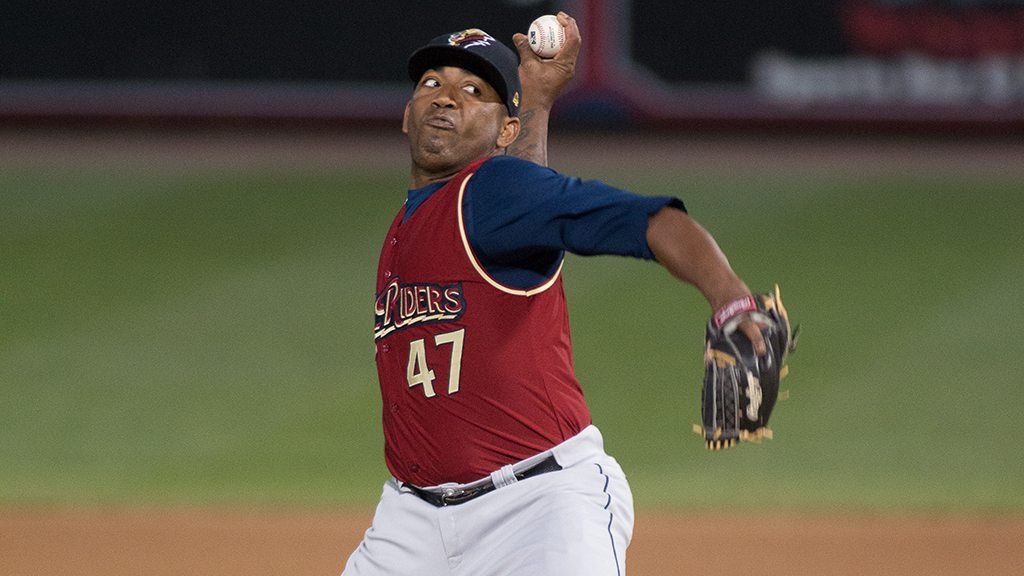 Acquired from Pittsburgh in the AJ Burnett trade, Diego Moreno joined many others as a member of the Yankees bullpen this season. He was expected to soak up some innings and save the bullpen. No one would’ve predicted 5.1 hitless innings in his first appearance at Texas. Unfortunately, elbow discomfort would cost him the rest of the season in August. 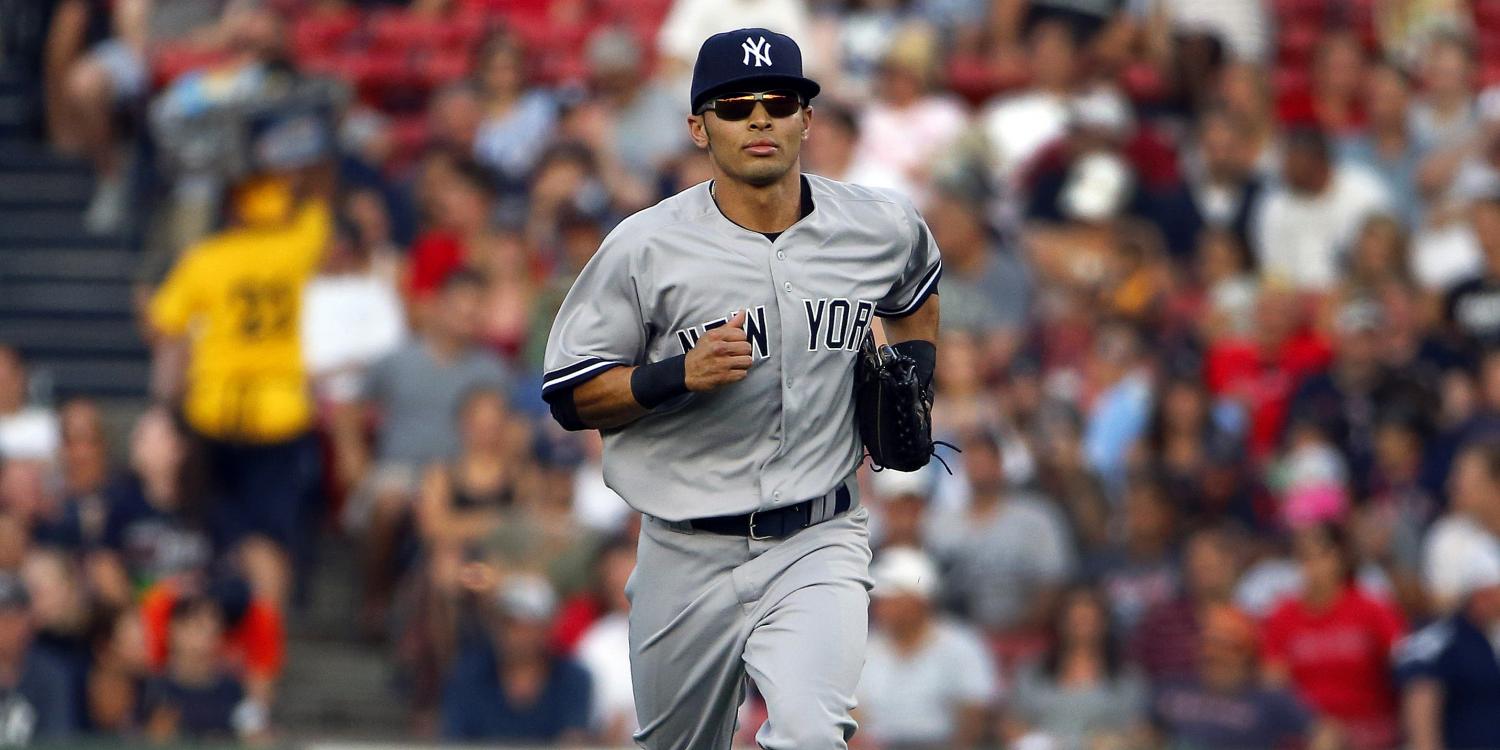 Rico Noel was signed at mid-season as a speed and defensive minded player. He was part of the September callups and became a base stealing weapon for manager Joe Girardi. 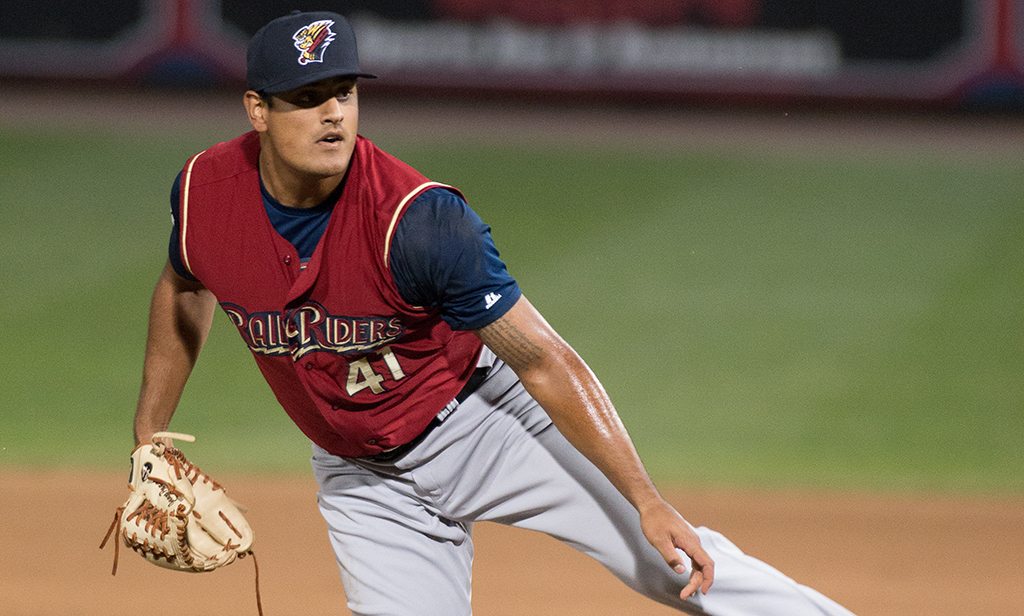 James Pazos was mentioned by Brian Cashman as a pitcher that they liked, but he was fourth on the lefty reliever depth chart coming into the season. While the sample size was small, he didn’t give up a run in his five innings of work. Pazos will again be in the 2016 bullpen mix. 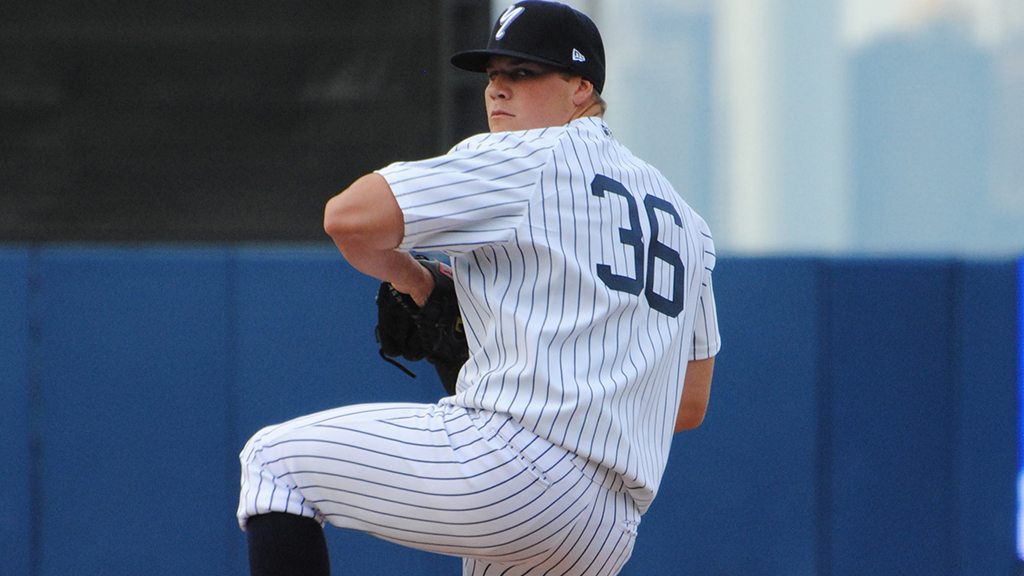 Branden Pinder was another cog in the bullpen plan for Brian Cashman and Joe Girardi. The Yankees have had success in developing late round draft picks and Pinder is an example, as a 16th –round pick in the 2011 draft. He figures to be a part of the bullpen plan again in 2016, but he’ll need to cut down on his walks. 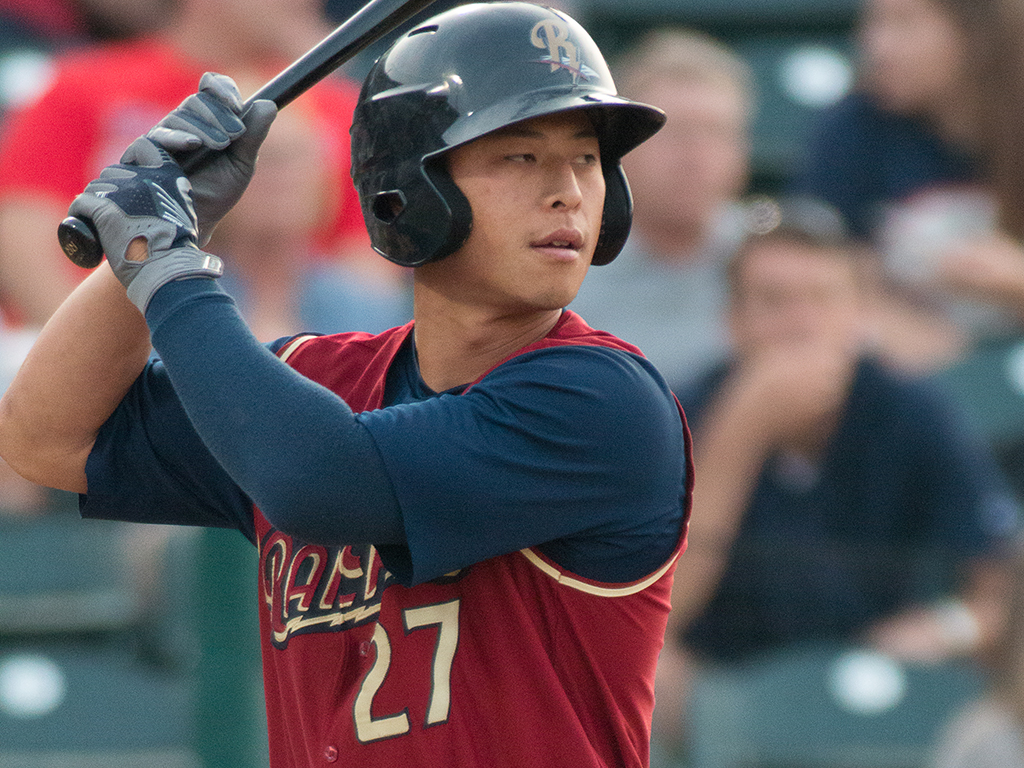 Many had hoped that Rob Refsnyder would be the answer to the Yankees offensive woes at second base this season. He made his debut in Boston, hitting a key 2-run home run to help lead the Yankees to victory. The joy would be short-lived as they optioned him back to Scranton less than seven days later.  While he batted a solid .302 and hit two homers in 43 at bats, questions still remain about his ability to remain at second base long-term. 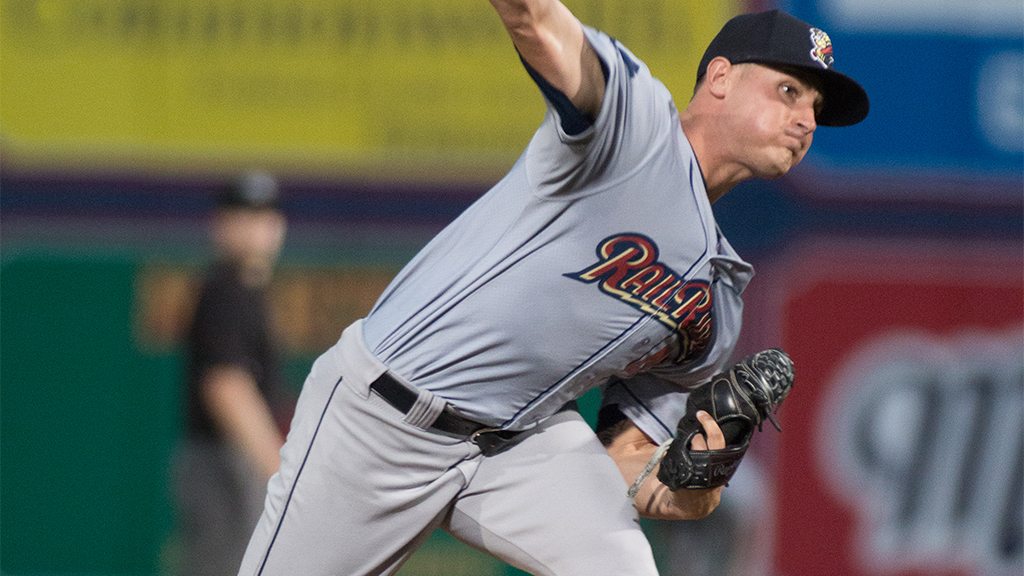 Another reliever that moved quickly through the system was Nick Rumbelow. Rumbelow is a big strikeout guy that uses utilizes a fastball and a curveball. He made numerous trips back and forth between Scranton and the Yankees this year. The overall numbers were solid and he should be a part of their plans again in 2016. 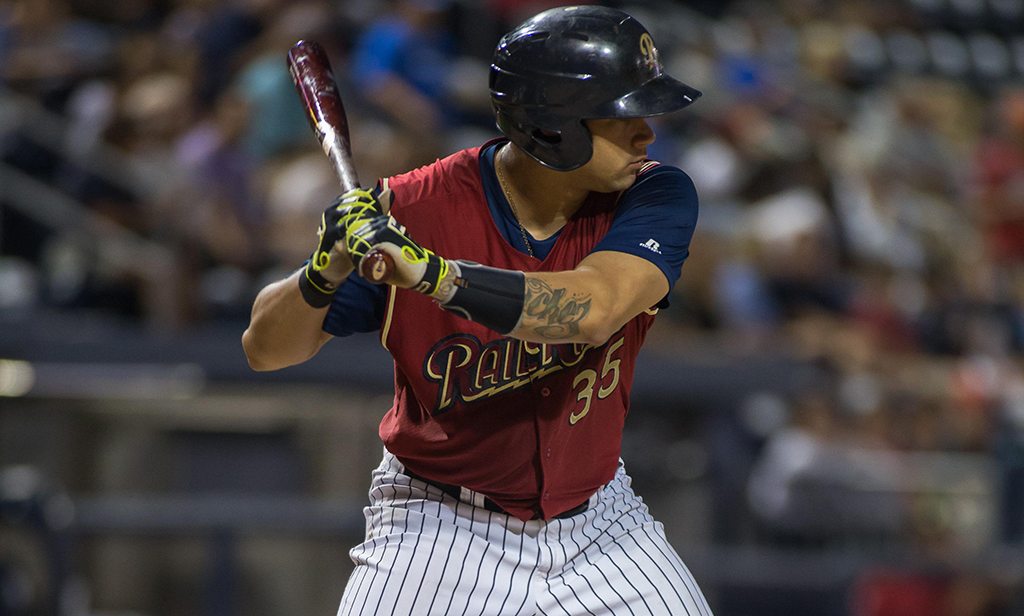 It seems as if people have heard the name Gary Sanchez forever. It’s easy to forget that he’s still just 22 years old. Behind the dish he continued to make strides, while his offense has remained steady. Sanchez was called up as catching insurance for the postseason run. He’ll return to Triple-A next season, but with Brian McCann signed long-term and John Ryan Murphy as the backup, it’s very possible that he’ll be moved this winter. 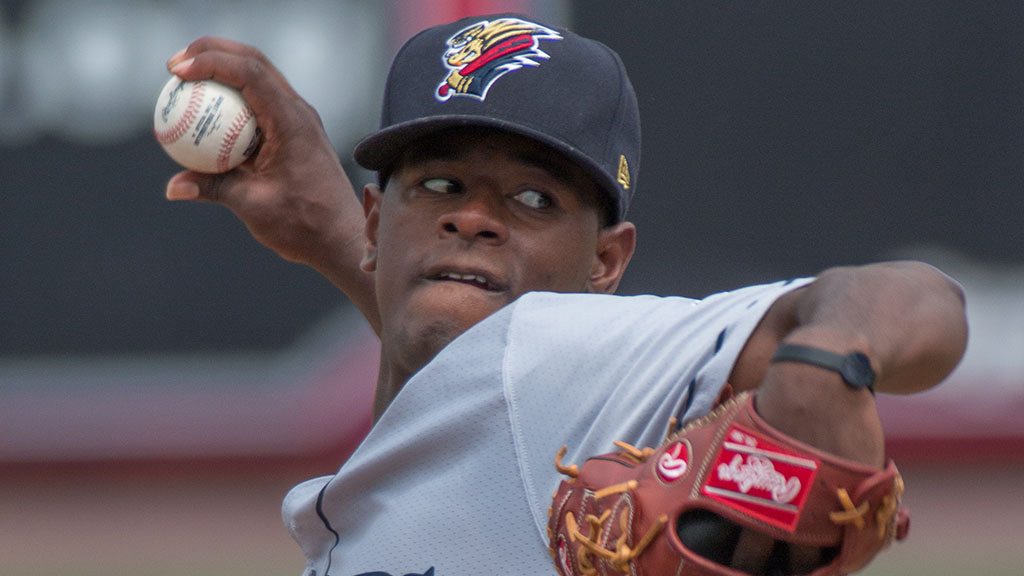 Named by many as the Yankees number one prospect, the team aggressively moved Luis Severino through the ranks in 2015. The hype and fan excitement finally became a reality when Severino made his first start against the Red Sox. He showed everything that the scouts and media had raved about including his poise, mound presence and stuff.  At only 21 years of age he has established himself as a key member of the rotation for many years to come and will only improve as he learns. 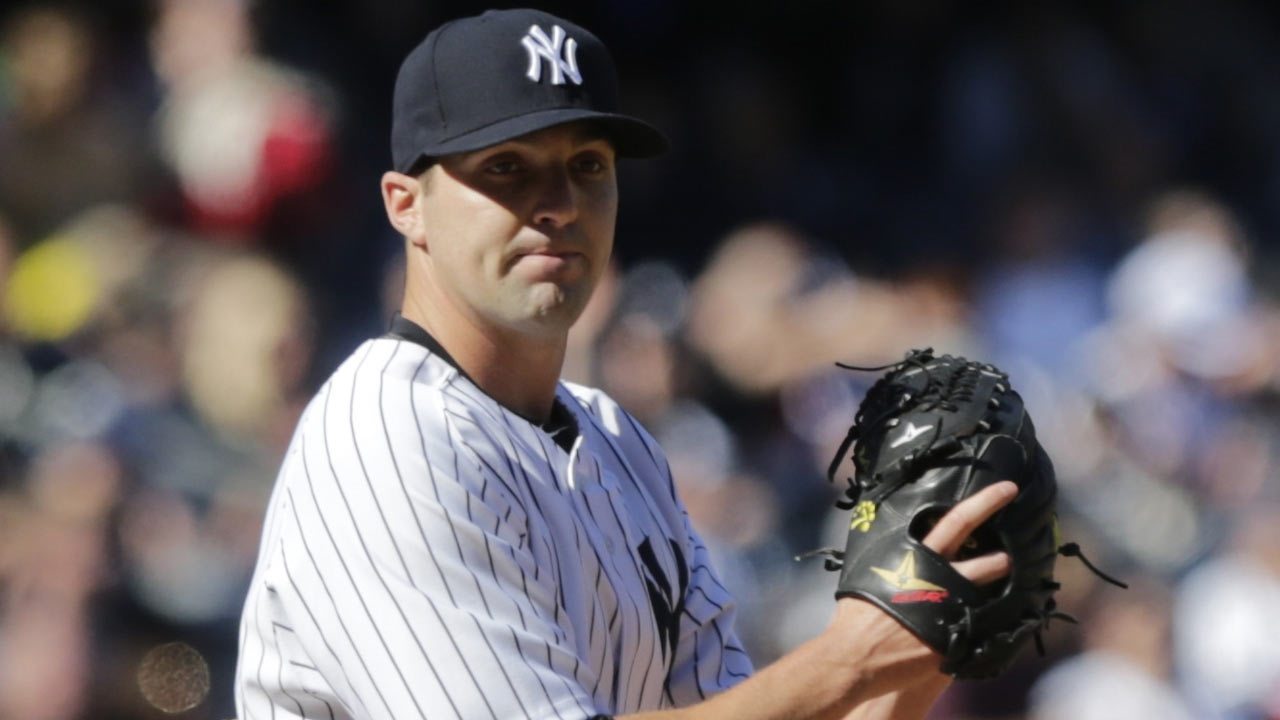 The reality of most draft pick is that many won’t ever make it to the majors. Matt Tracy defied those odds as a 24th round pick by pitching for the Yankees this season.  While time will tell if he makes it back again, the Yankees can look at the pick as successful and Tracy at minimum will have lifetime healthcare coverage. 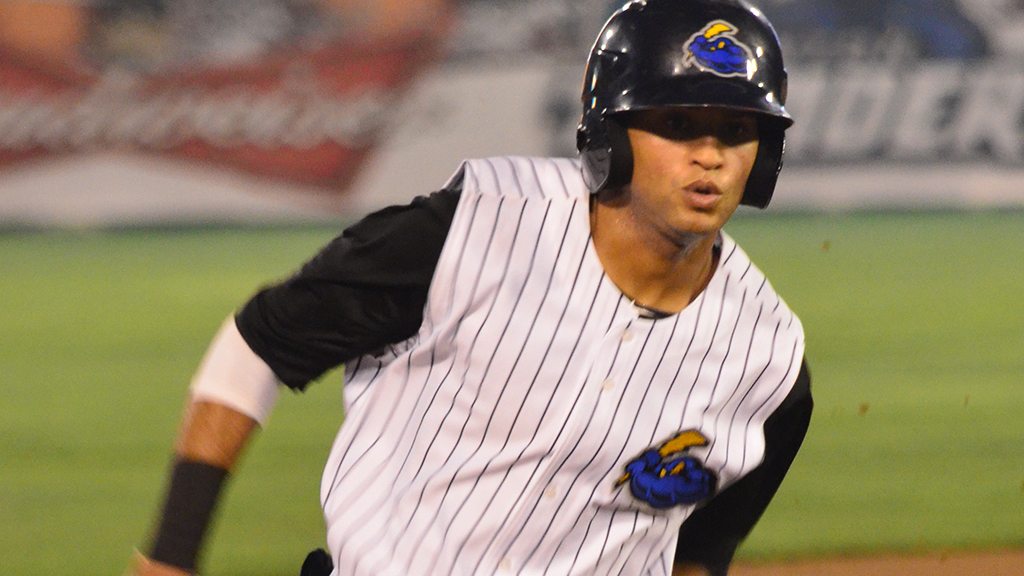 defensively, there were never any questions about Mason Williams talent or abilities. However, he suffered through two disastrous offensive seasons in 2013 and 2014 that saw his prospect stock plummet. Williams began the season with Double-A Trenton, but wouldn’t stay long as the team promoted him to Triple-A Scranton on May 21st.  Less than a month later, Williams was beckoned to the big club and he didn’t disappoint. In eight games he hit .286 and dazzled with his defense before a shoulder injury would prematurely end his season.

The Yankees were finally able to garner significant contributions from the farm system in 2015. While one cannot predict future injuries or performance, it appears that a new era is upon us in the Bronx.