2015 Charleston RiverDogs Players of the Year 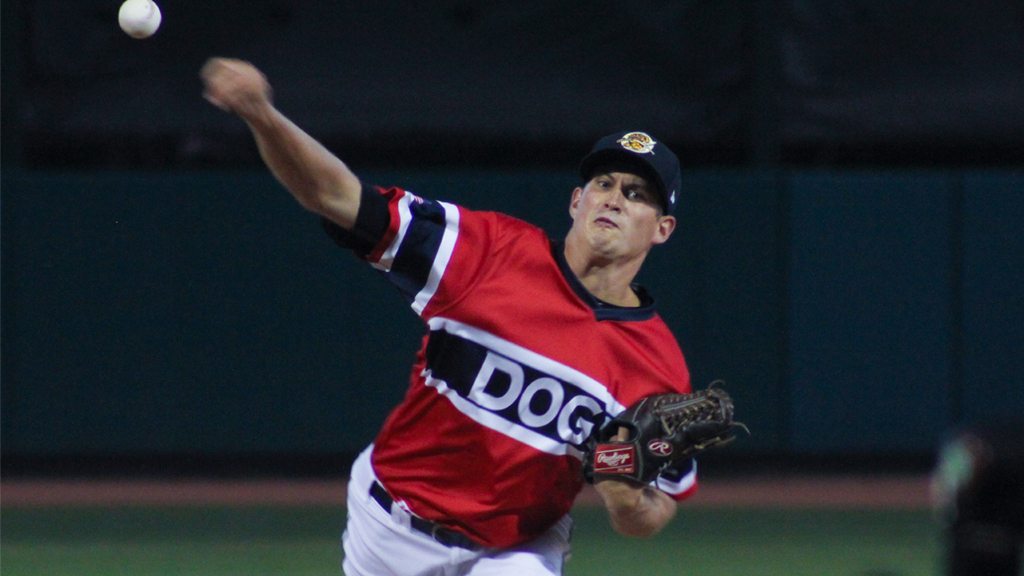 We took a look at the Players of the Year for the Dominican Summer League Yankees, the Gulf Coast Yankees, the Pulaski Yankees and the Staten Island Yankees.  Now we move to the South Atlantic League and take a look at who were the top hitters and pitchers for the Class-A Charleston RiverDogs.

Let us take a look a look at some prospects who had an incredible year with the Charleston RiverDogs in 2015.  This is based on their season statistics and is not based on their scouting report.

In his second season with the team Dustin Fowler was impressive.  The 20-year old hit .307/.340/.419 over 58 games for the Charleston RiverDogs before earning a promotion to Tampa.  Of his 74 hits he had 9 doubles, 3 triples and 4 homeruns while driving in 31 runs.

Isaias Tejeda came into 2015 with a new team and a new position.  The former catcher found himself as a corner infielder for the Charleston RiverDogs and has continued the strong hitting he started the season previously.  In 83 games for the RiverDogs he had a .279 average with 42 RBIs, 18 doubles and 5 homeruns.

The Yankees drafted Joey Maher in the 38th round of the 2011 draft and he impressed in his first full-season.  Maher was one of the RiverDogs top pitchers, throwing 118 2/3innings over 27 games, 18 of them starts, striking out 97 batters.  He earned a 7-5 record with a 2.20 ERA and opposing hitters hitting just .200 against him all season.

Last year’s fifth round draft pick had a great season for the Charleston RiverDogs and even earned himself a 2-game cameo in Triple-A.  Over 17 games, all starts, for the RiverDogs he earned a 3-7 record with a 2.88 ERA, striking out 93 batters over 84 1/3 innings pitched.  Opposing batters hit just .224 against him.

No players of the year list of the Charleston RiverDogs would not be complete with out mentioning shortstop Jorge Mateo.  Mateo can be considered one of the top prospects in not just the organization but all of baseball.  Mateo hit .268 for the RiverDogs but also stole 71 bases before being promoted to the Tampa Yankees.