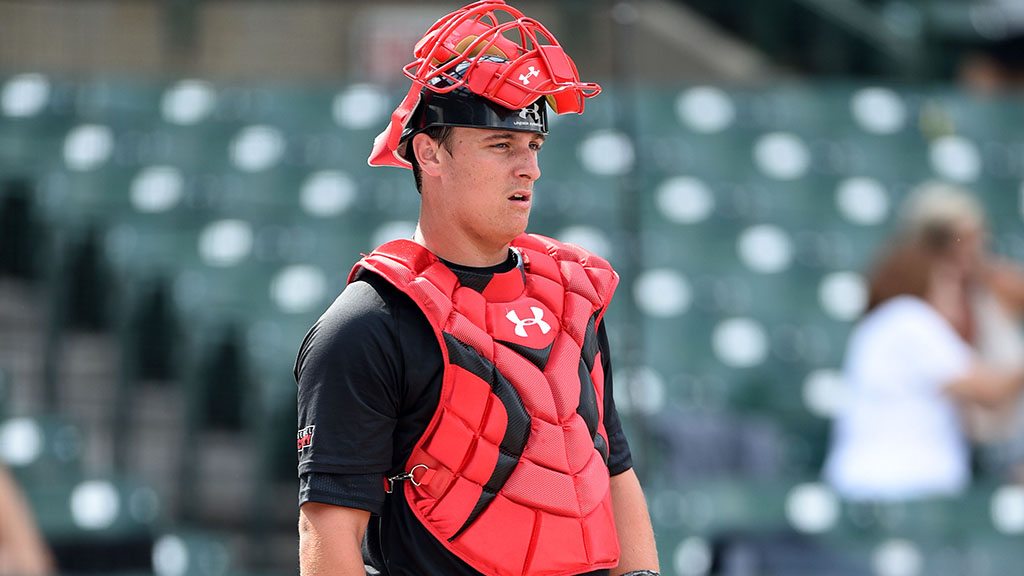 Physical Characteristics:
Betts is listed as a 6’2″ 210 pounds.  From video and pictures I would say he is a little heavier than that as it seems he has a maxed out body.  He looks shorter than he seems because of a thick lower half.  For a catcher who isn’t going to rely on speed as part of the tools he brings to the ball park.

Tools:
The bat is gonig to be Betts calling card.  He has been compared to Brian McCann which is a good comp as they are both pudgy catchers with very good pop from the left side.

Defensively all catchers at this stage are going to be very raw but what you want to see is if the catcher has a strong arm.  During Perfect Game tournaments Betts has been recorded off the mound at 90 mlb with a best pop time of 1.9.  Very good ratings on both that show that he could be an asset with the arm.

Recap:
This is a type of pick that the Yankees have made in the past for a few reasons.  The Yankees love catchers and enjoy stockpiling a position that is scarce for most teams.  In addition to this they also love sweet swinging left handed power hitters which is what Betts is. He is a similar player to Greg Bird who the Yankees drafted as a catcher but because of back issues had to move off the position.  The real question will be if Betts will be there at pick 17th which is hard to say.  If Betts has a good to great senior year I could see him moving up in the draft for a few reasons.  One is he is the best catchers in a very weak class as no other catcher made any of the lists.  Another reason is teams are looking for power which is one of Betts carrying tools.

Overall Betts will be someone I keep an eye on to see how his spring happens to see if there is a possibility to add his left handed power and catching ability to the Yankees farm system.