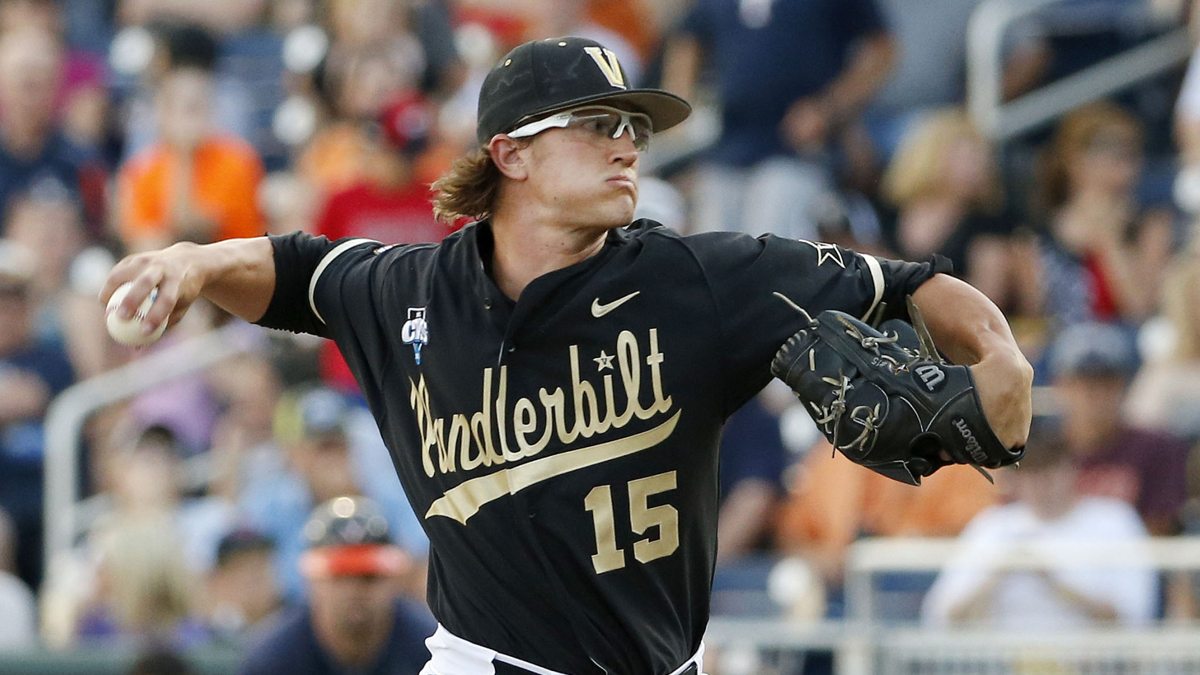 Carson Fulmer is one of the top college pitching prospects in the country and is one of three potential top round draft picks with Vanderbilt.  The junior really jumped on the map last year when he went from reliever to top starter, that happened after he threw 29 1/3rd innings without allowing a run.   After the season Fulmer went with Team USA and dominated there also.

Stuff:
Fulmer is a a very powerful pitcher as he has a very dominate fastball that sits between 92 and 97 mph.  Velocity isn’t the only part of that pitch as it has good life and scouts have put 70 grades on it.  A plus plus pitch is always great to have but Fulmer also has a second plus pitch in his curveball that is a true hammer and strikeout pitch.  An average changeup rounds out his arsenal with some average grades.  In college most changeups aren’t used because it is an easy pitch to drive with the bats college players use.

Physical Attributes:
If Fulmer was listed at 6’2″ or 6’3″ he would be a household name with his stuff, pedigree and college he attends.  But Fulmer is 5’11” and 195 lbs listed and that gives teams pause as he doesn’t fit the mold teams want.

Outlook:
Fulmer is a very intriguing prospect as he should be a top 5 prospect because of the whole package.   If the Yankees get a chance I’m not sure that they would pick Fulmer because they tend to love tall pitchers which Fulmer is not.  Now if Damon Oppenheim asked me I would definitely go all in because his arm can play up even if it’s in the bullpen.  But as the black swan theory has shown lately I would go all in with him.