2015 Is a Make or Break Year for These Yankees Prospects 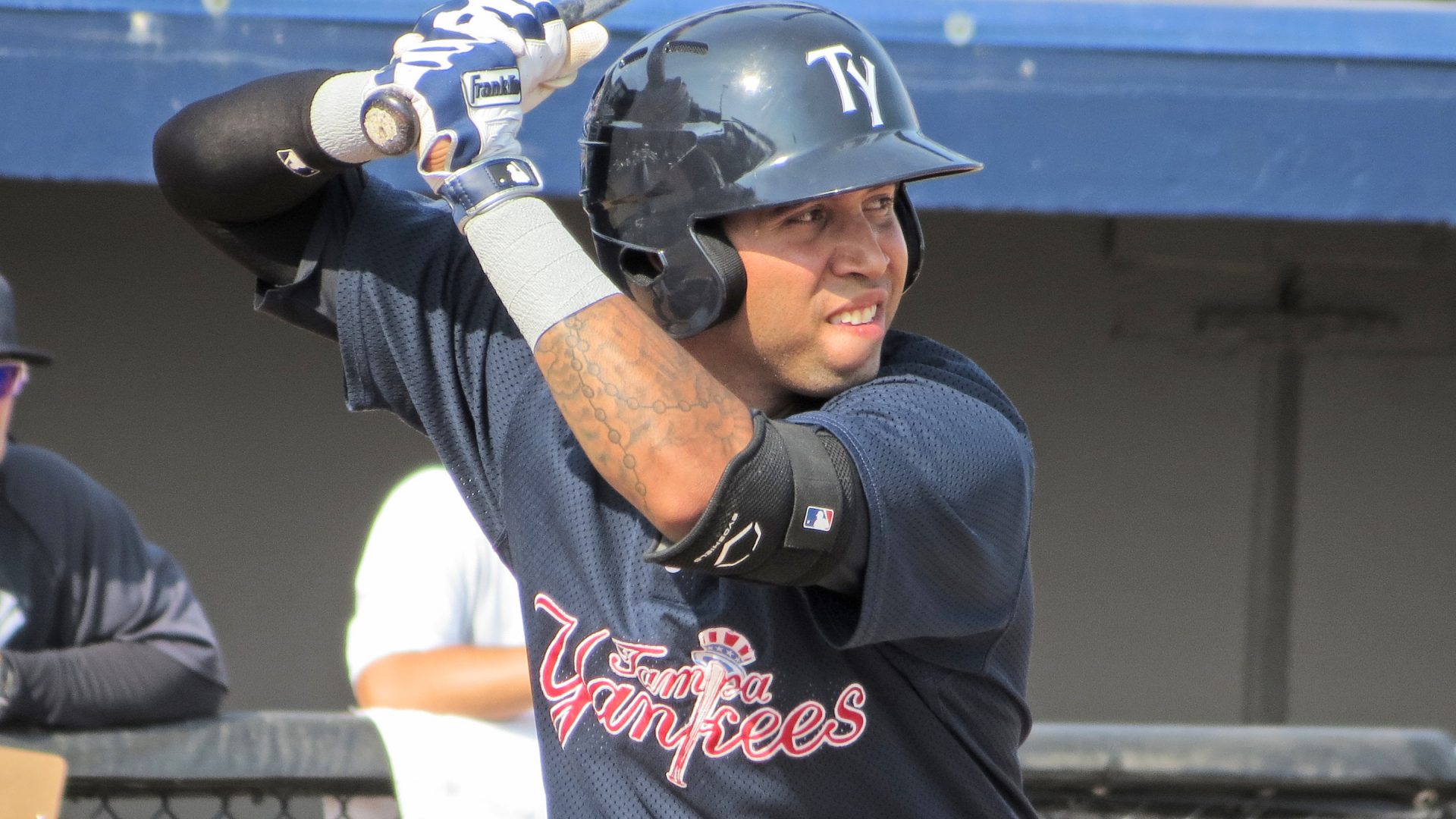 Cito Culver with the Tampa Yankees in 2014 (Bryan Green)

Some are former first-round picks who’ve yet to validate their draft positions. Some are already members of the organization’s 40-man roster, just a call away from the big leagues. All are players of considerable projection who’ve had injuries or poor performances take away some of their prospect shine. These players need to have good, if not really good, years in 2015 to avoid the Yankees, and perhaps baseball, no longer considering them Major League prospects.

No, Bichette did not have a bad year in 2014. Objectively, his season should be viewed as a success, considering he significantly improved statistically, got promoted to Trenton by the end of the season, and saw time as a Yankee representative in the Arizona Fall League. The issue with Bichette is that he has to continue performing at this level and improve upon it in order to be in the mix for a Major League call-up any time soon. He must continue to answer questions about his swing, approach, and defense. He has guys like Eric Jagielo and Miguel Andujar either right with him or just behind him, and those two players are thought of as better prospects than Bichette. He will have to keep himself in that discussion or definitively prove himself the superior player by performing in 2015.

It was understandable that Culver would need time to develop after being drafted in the first round out of a Rochester, New York area high school in 2010. Players from the Northeast don’t get the amount of at-bats southern players do as amateurs, and complicating matters was that Culver was a switch-hitter. The justification for drafting Culver was that he was the rare high school shortstop who could project to remain at the position throughout the ranks of the minor leagues. That assessment hasn’t changed, but here we are going into 2015 and we’re still waiting for him to show that he’s coming around with the bat. Culver has become exclusively a right-handed hitter, and one season probably isn’t enough to judge that move a success or not. His line for the season, .220/.298/.303 with 5 homers and 141 strikeouts, is uninspiring to say the least, but in August alone Culver put up a line of .267/.394/.419 with 3 home runs and 18 RBI. Is that a sign of things to come or just one good month? Culver and the Yankees have to hope it’s the former.

By now, Feliz should have a successful season at Trenton under his belt and be hearing his name mentioned as a possible second base candidate in the Bronx in the near future. Instead, he may not even break camp with the AA team in 2015, and injury after injury is to thank for that. Feliz has only managed 372 at-bats in the last three seasons combined, and that’s not going to get it done. A former infielder, Feliz has been moved to the outfield in an attempt to keep him healthy, and he is athletic enough to make that move a successful one. If he can maintain his foot and bat speed, Feliz has enough tools to become an interesting player, but he’ll need to stay on the field to avoid becoming an afterthought.

Sometimes it’s not about how hard you try. Gumbs has a lot going for him as a quick-twitch athlete with foot and bat speed and a strong work ethic. The guy just hasn’t been able to stay healthy. You have to be on the field to develop, and, boy, does Gumbs need to develop. A career line of .240/.290/.368 does not scream that this is a finished product who has dealt with misfortune. Gumbs will play next season at 22, and that won’t be old for his league whether he is in Tampa or Trenton, but he will need to start building a resume on something other than potential. The second base options are piling up ahead of him and behind him, and he simply hasn’t performed well enough to stake a rightful claim to significant playing time in the future.

Watch Heathcott run down the first base line as if shot from a cannon or chase down fly balls as if there were no outfield fences, and you immediately love the guy for his all-out style of play. Then you pause and realize that intensity comes with a cost. Guys who play as hard as Heathcott get hurt, and if that statement is too broad suffice it to say Slade has suffered more than his share of injuries already. He came into professional baseball as the Yankees’ consolation for losing out on Gerrit Cole in the previous year’s draft, and he was the fallback option in the 2009 draft if some guy named Mike Trout was off the board. Heathcott, at full strength, has some of the outstanding physical tools Trout has, but he hasn’t been able to utilize them. Major knee and shoulder injuries have limited Heathcott to 309 games over 6 seasons. That’s a lot of at-bats for a guy to lose, especially a guy with swing issues. Although his considerable physical promise got Heathcott onto the 40-man roster, he is going to have to put in a healthy and productive season in 2015 at the age of 24 to keep that roster spot.

If all you knew about Mason Williams was that he was added to the 40-man roster following this season, it would be easy to view him as an up-and-coming player in the Yankees’ system. Yes, he can play defense at a high level in centerfield, and not everyone can do that. Yes, he apparently has some speed and contact skills. But this year Williams backed up a poor 2013 by performing worse. His .223/.290/.304 slash line was surrounded by criticism for a lack of hustle and effort, and the negative scouting reports regarding both his attitude and hitting approach have piled up over the past few years. Someone who is supposed to have top-end speed should perhaps have more than 21 steals and a 72% success rate after reaching first base 123 times. Williams enters 2015 with no track record above Class A, and he will need to improve greatly on offense to be considered a top prospect again.