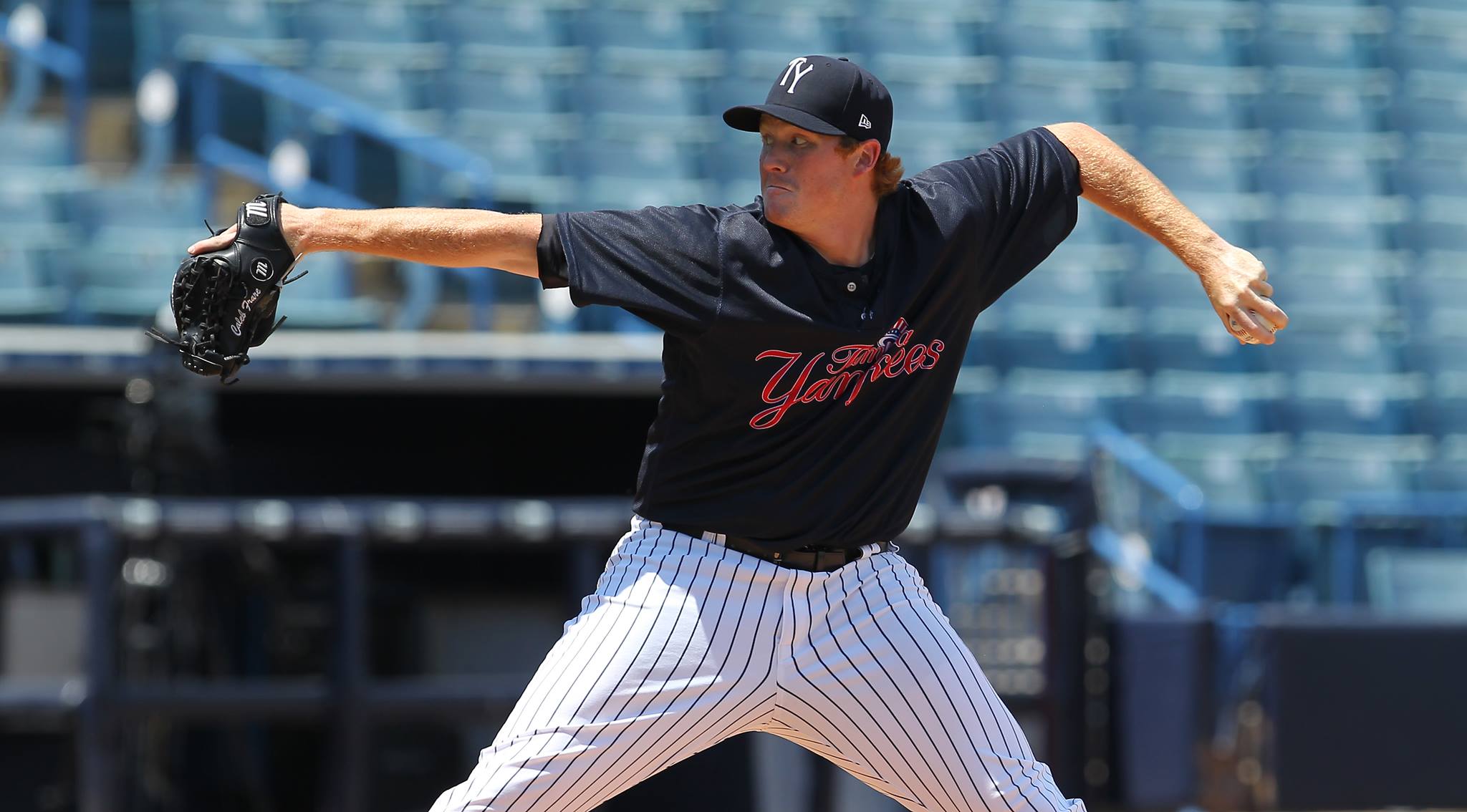 Every farm system has its weaknesses, the New York Yankees despite all their depth, are no exception. In my opinion Yankees most glaring weakness is a lack of top-end relief pitching. I would’ve not said that a year ago, but injuries due to Jacob Lindgren, Evan Rutckyj, and the now departed James Pazos, have left the 2016 Yankees system with a dearth of healthy players at the position. This weakness was most noticeable in the upper levels of the Yankees system. This is a significant problem because the major league club no longer has a dominating lefty reliever. Andrew Miller is gone, Aroldis Chapman is gone—at least for now—and Chasen Shreve struggled mightily last year.

The fact that the Yankees lost Tyler Webb in the Rule-5 draft to the Pittsburgh Pirates made the situation even worse. This is why the continued development of lefties like Caleb Frare is so important. 2016 was a big year for the lefty, as it was his second full season post Tommy John surgery.

Generally, players improve in their second year after elbow surgery, however in Frare’s case that wasn’t really possible, as he was pretty great in 2015. With that said he did maintain his performance from 2015, and had a very good 2016.

He began the year in Hi-A, and pitched 49 innings, and put up the following numbers: .92 ERA, 2.84 FIP, 9.55 K/9, 4.22 BB/9, 1.143 WHIP. Frare also lasted the entire season without giving up a single homer. While he isn’t strictly a LOOGY he does do better versus lefties; he held lefties to .152 batting average and overall had a 0.85 WHIP against them. Righties hit .215 off of him, and he had a 1.28 WHIP versus them. The only blemish on his season was his walk rate, but that might be an outlier, because he generally has shown much better control.

Frare’s solid season led to a late season promotion to AA, and that is probably where he should begin the 2017 season. If Frare continues putting up solid numbers he will be a candidate to be added to the team’s 40-man roster next year.

In this article:Caleb Frare, story