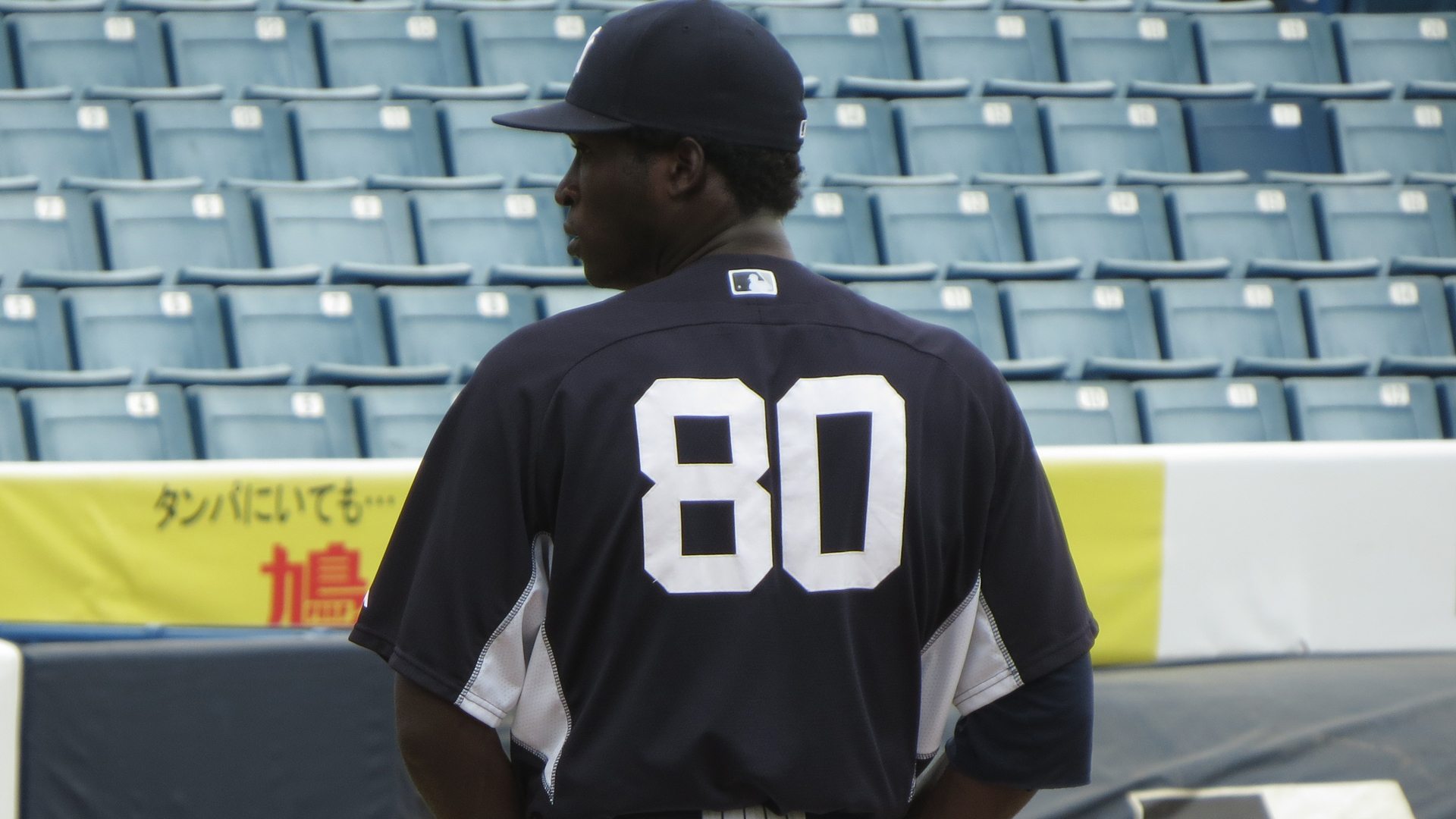 Eduardo Rivera debuted with the Yankees in 2011, and has always been known as a pitcher with a big arm. However, his lack of control made him a complete non-prospect. He might’ve been throwing upper 90’s, but It’s hard to get that excited over a prospect that had an 8.06 BB/9 through the first four season of his career. It was only until 2015, that he started to look like a decent pitcher. However, most ignored his solid numbers, which is certainly understandable considering his track record, and the fact that he was a 22-year-old playing in the APPY league.

Which brings us to 2016 where we could say he finally started to ascend through the Yankees system, and actually ended his season playing against age-appropriate competition.

Rivera’s season began with the Staten Island Yankees of the NYPL, where he pitched 12.1 innings and gave up zero runs. His walk rate was still high (4.4 per 9), but for the first time in his career he was pitching well despite his overall poor control.

While the above numbers are impressive, it should be noted that Rivera posted them as a 23-year-old in A-ball. Which would make him about a year too old for the level. Once the Yankees pushed him to an age-appropriate league (High-A), his control did once again waver.

In those 7 innings Rivera seemed to revert back to his old-self. He walked 8 batters, and gave up 7 hits. It’s not like he one bad appearance either, he consistently had bad games in High-A. The only positive stat was that he struck out 13 batters. While it was only 7 innings, I do feel that it shows that Rivera still needs to work on his control. With that said his overall season was very impressive, and it’s clear that he’s finally beginning to make progress.

Rivera’s fastball and curveball combination, could make him a solid bullpen piece in the future, but he wants to be a true back-end reliever he has to learn how to throw strikes on a consistent basis. He’s certainly a name to watch out for in 2017. Assuming the Yankees don’t lose him in the rule-5 draft—which is probable—he should begin the 2017 season in Tampa, and if he can continue to improve he should move through the system pretty quickly.