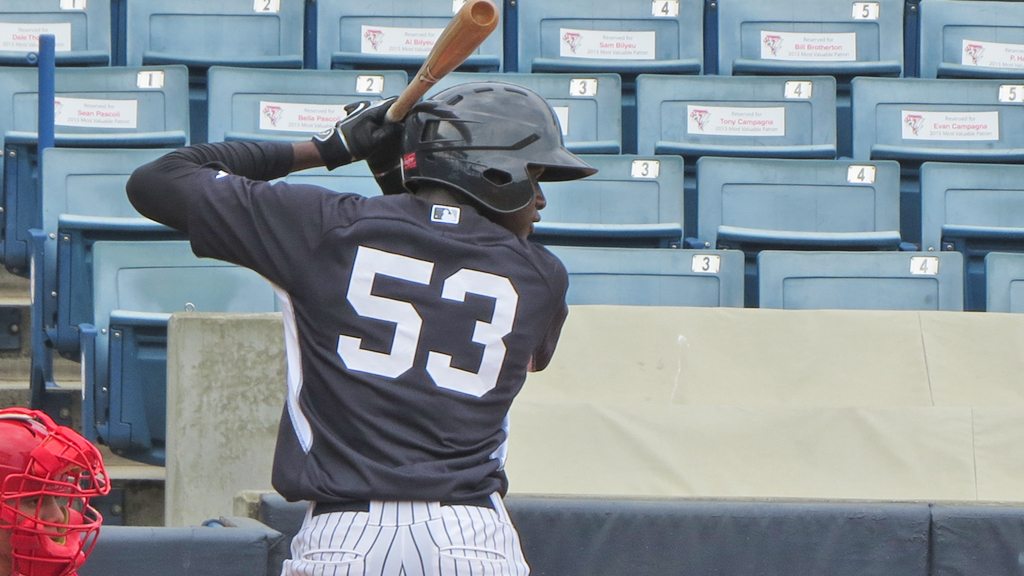 For the most part, Yankee fans are still waiting for the team’s big 2014 spree to pay dividends for the Yankees system. They certainly signed a lot of talented players during their international splurge, but the majority these players have yet to hit their stride. Obviously, these signees were very young and inexperienced, but fans still have a right to be frustrated by the lack of a true breakout talent from this signing class.

Estevan Florial is just one example of a highly-regarded signee who has yet to truly take off as a prospect. To be fair he did have an excellent debut season in 2015, but I’m sure people expected a lot more from him in his stateside debut. It’s not that he did poorly in 2016, it’s just that fans were expecting a great season from him.

Florial’s 2016 season began as a member of the Tampa Yankees, but he was quickly sent back to extended spring training, which is where he stayed until the Pulaski Yankees season started. As a Pulaski Yankee Florial played 60 games and put up the following stats: .225 AVG, .315 OBP, .364 SLG, .318 wOBA, 92 wRC+, 10.4 BB%. 29.1 K% and an ISO of .140. After the end of the 2016 Pulaski Yankees season, Florial was promoted to the Charleston Riverdogs and had a short five game stint.

Florial’s overall season was rather lackluster, but it didn’t stop evaluators from gushing over his tools, and his overall potential. Despite his stats, he was still ranked as the 3rd best prospect in the league by Baseball America, and he was still given a late season promotion to A-ball. So, overall fans shouldn’t feel down on him based on his performance, and they certainly should still follow him closely next season.

Florial will probably begin the 2017 season back in A-ball, and if he makes the necessary hitting adjustments he could move through fairly quickly, If he could refine his hitting approach by learning to be more selective, he could indeed become a special player.

In this article:Estevan Florial, story