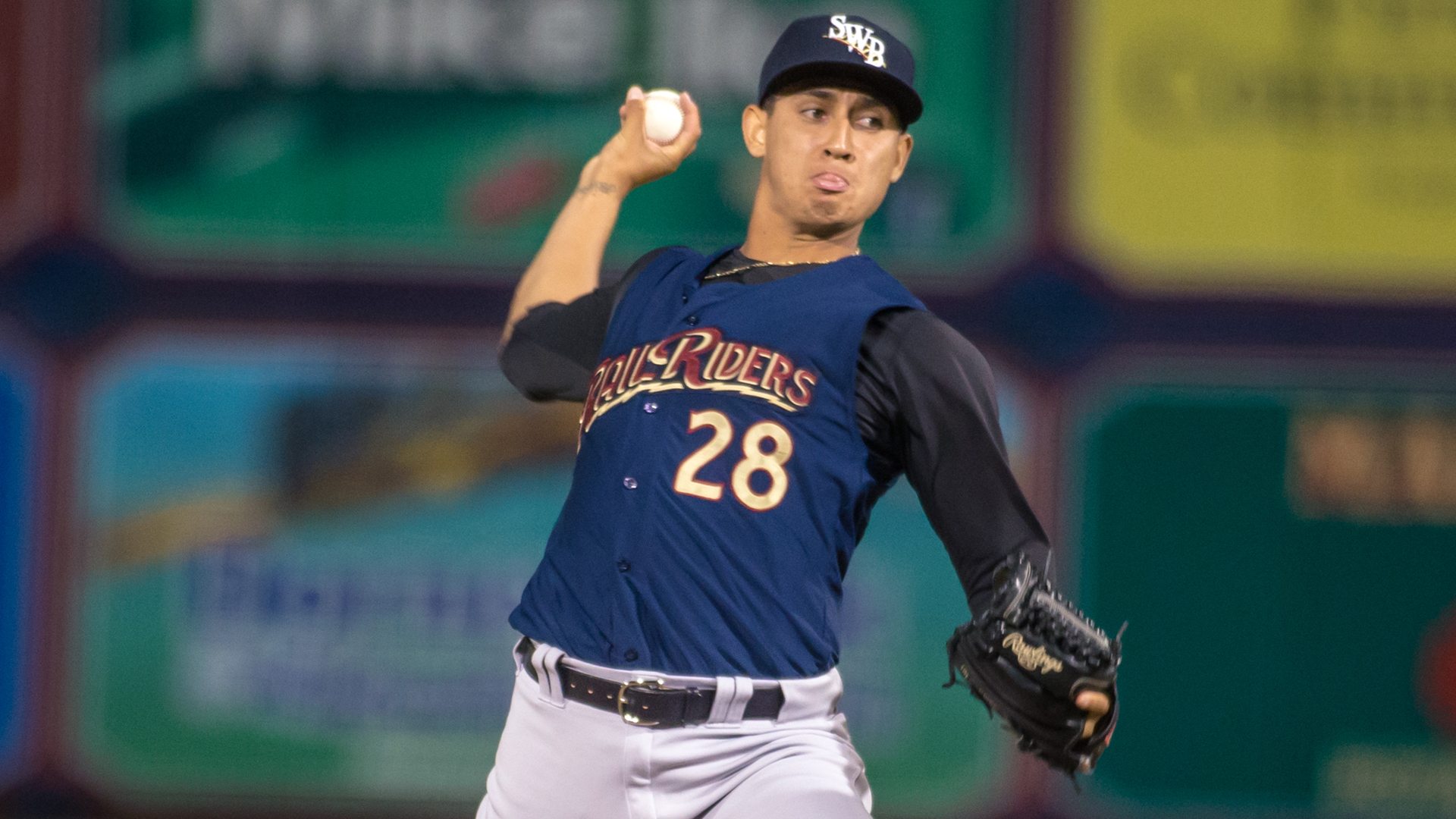 Giovanny Gallegos with the RailRiders in 2016 (Cheryl Pursell)

The Yankees recently added Giovanny Gallegos, to the 40-man roster. This move surprised many, but the move makes sense when you look at how dominating he has been in 2016. Much like previously reviewed players like Kyle Higashiosaka, and Yefrey Ramirez; Giovanny Gallegos emergence as a prospect appeared to come out of nowhere. While he was good in 2015, I don’t think many people expected him to continue to excel in the upper-minors.

Matt Eddy of Baseball America broke down Gallegos season in comparison to all other relievers added to team’s 40-man rosters this month and concluded that Gallegos had the best 2016 season. His WAA of 2.7 was 1.1 WAA above all other added relievers. He also had the best BB% and the third best SO%.

Additionally, he also led the group in wDOM, which is a stat that Eddy created to basically “summarize a pitcher’s ability to limit home runs, hits and walks while racking up strikeouts. I assigned a 4-3-2-1 weighting system, using the hierarchy HR-SO-H-BB, to each reliever’s units above or below average for the given statistic. The resulting scale runs from zero to about 20 for this sample of relievers.”

Based on these set of numbers, the Yankees had no other choice but to give him a shot, because it seemed like a good bet another team would at the Rule-5 draft. Assuming Gallegos won’t make the team out of Spring Training, he will be assigned to AAA, and will very likely be an important part of the Yankees’ bullpen shuttle.

In this article:Giovanny Gallegos, story