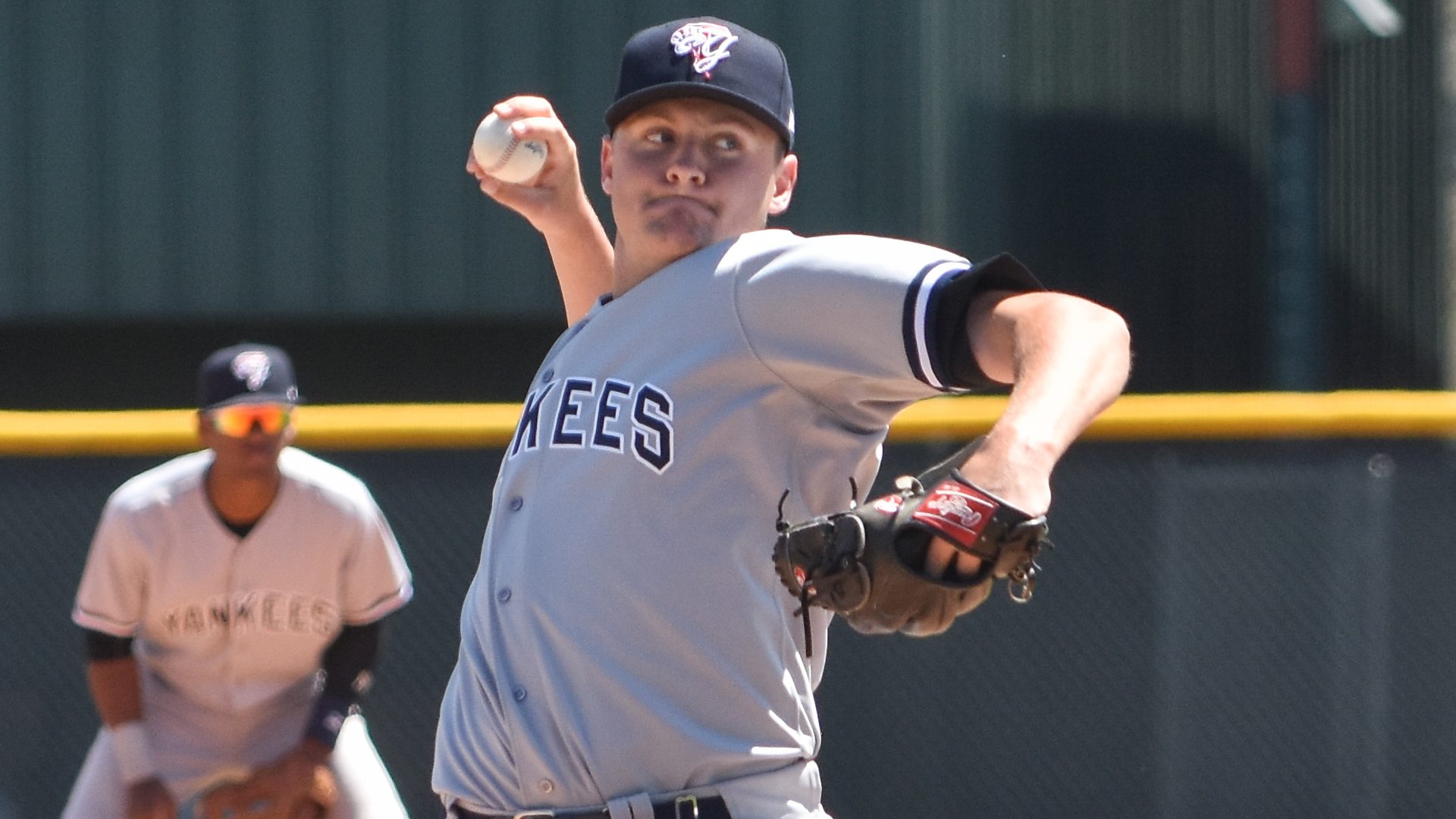 The Yankees have gotten a lot of credit switching the pitching roles of both Chance Adams’ and Jonathan Holder’s in 2016, but those weren’t the only role changes that paid dividends. The Yankees also moved former starter Jordan Foley to the bullpen, and watched him excel as a reliever. Foley was always a guy that looked like he might be forced to the pen due to his inconsistent slider, and his shaky control. But up until 2016 he was used solely as a starter, and did well, with that said he really came into his own in the 2016 season.

Beyond his stats, it’s important to note that he made a major change to the way he pitches. Prior to the 2016 season Foley threw 3 pitches: a fastball, a splitter, and a slider. His splitter was his best pitch and his slider was a very inconsistent offering. With that in mind you would think that he’d scrap the slider once he was moved to the pen, but that was not the case. This season Foley’s splitter wasn’t as effective as it was in the past, which forced him to focus on the slider. This focus clearly paid off, because at season’s end the slider became his go-to out pitch and was a big reason he played so well as a Tampa Yankee.

After his excellent season in Tampa, Foley was briefly promoted to Trenton, but played less than a full inning at the level. I would expect him to start the 2017 season at the level, and if he keeps the walk-rate manageable I believe he could even see some time in AAA, if not the majors this season. That’s of course assuming he sticks in the pen. I think that’s his most likely destination due to his control, but the fact that he finally developed his slider, might mean that they now see him as a three-pitch guy. If that’s the case it will take him a bit more time to make the majors, but his value to the Yankees might be greater. Either way 2017 will be a very big year for Jordan Foley.

In this article:Jordan Foley, story