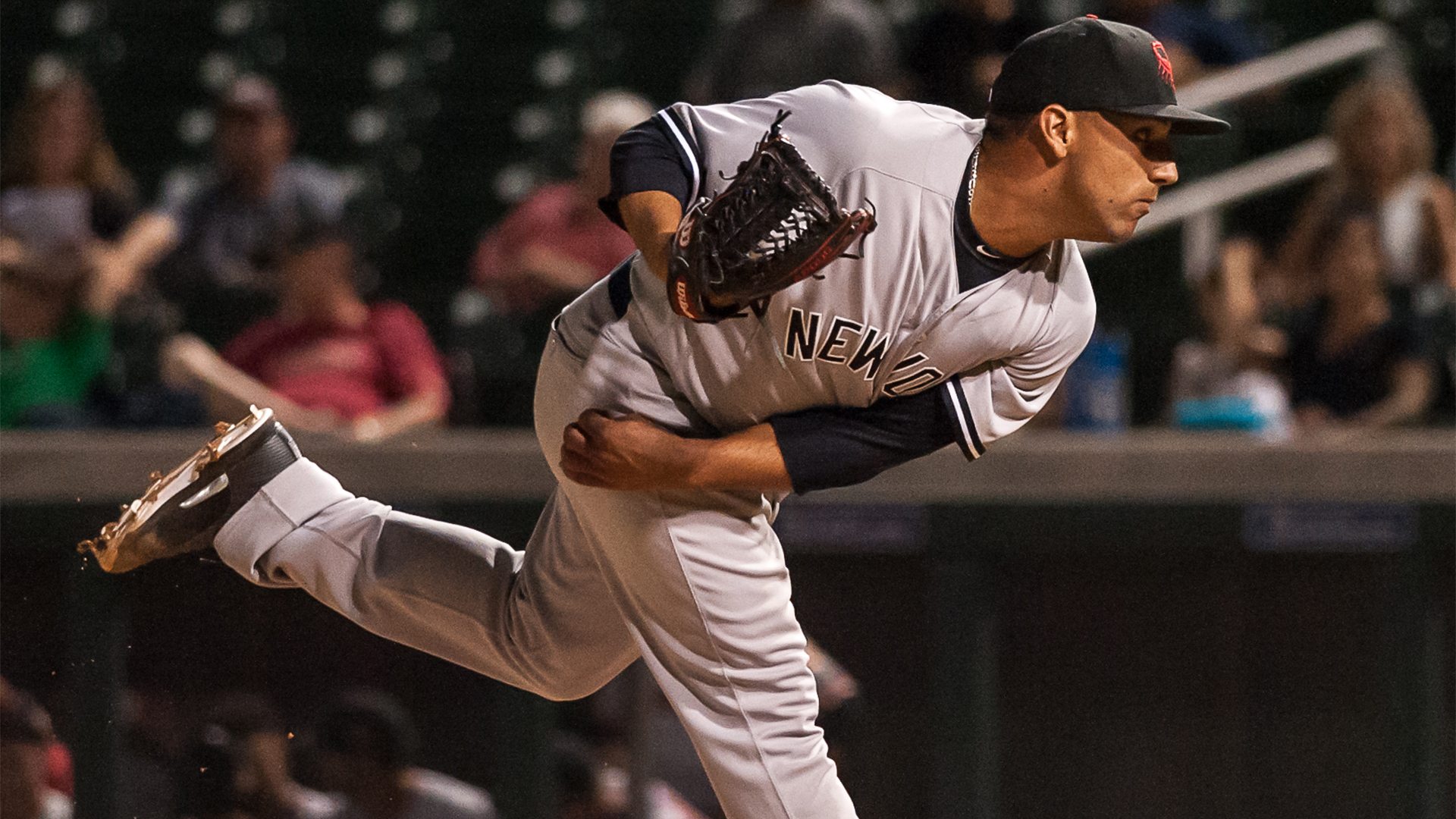 The Yankees organization seems to prefer hard-throwers, I feel this preference is apparent at the major-league level and is demonstrated by the type of pitchers they acquire via trades or free agency. Per Baseball America the Yankees have some of the hardest throwing pitchers in baseball. In total, they have ten pitchers who can reach 100 MPH or higher with their fastball, 4 of those ten pitchers were acquired in the past six months. The preference for these type of pitchers is logical, but it shouldn’t mean that fans or the organization should forget about the value of finesse pitchers.

Of one of the better finesse pitchers in the Yankees system is Nestor Cortes. Cortes barely throws 90 MPH but has consistently put up solid numbers in his career. Cortes started his 2016 season in Charleston, and as a 21-year-old he was about a year younger than his competition. Despite his age difference, it was clear that he was too advanced for the level.

He won a Pitcher of the Week award on 8/21/16 and was then promoted to AAA for one start. In that one start, he pitched 5.2 no-hit innings. It was his second stint in the upper minors as he also pitched four innings in AA, earlier in the year. After the season, he pitched 7.2 innings in the Arizona Fall League and was uncharacteristically wild in that small sample.

The Arizona Fall League aside, Cortes had an excellent 2016 season and might’ve earned himself a spot in the Yankees AA rotation. However, he didn’t pitch much in A+, so it’s possibly he goes back there.

Cortes might not throw hard, but so far, he is showing that doesn’t matter. And while he could struggle once he gets to the upper-minors, I feel that he’ll be fine. If you compare him to previous Yankees finesse prospects that have struggled once they got to AA or AAA, you’ll notice he has much better strikeout numbers. Cortes has never had a K/9 under 9, past finesse prospects like Jaron Long, Shaeffer Hall, or even Vidal Nuno weren’t nearly as good at striking batters out.

I feel that we’re seeing more and more finesse pitchers play significant roles in the majors. Not everyone needs velocity to succeed; Kyle Hendricks, for example, played a prominent role for the Championship winning Chicago Cubs and he only throws low-90s. Dallas Keuchel doesn’t even average 90 MPH on his fastball, but the Yankees and their fans know just how dominating he could be. So overall, it’s unfair to judge his prospect value based only off his fastball, finesse pitchers could be very valuable.

In this article:Nestor Cortes, story