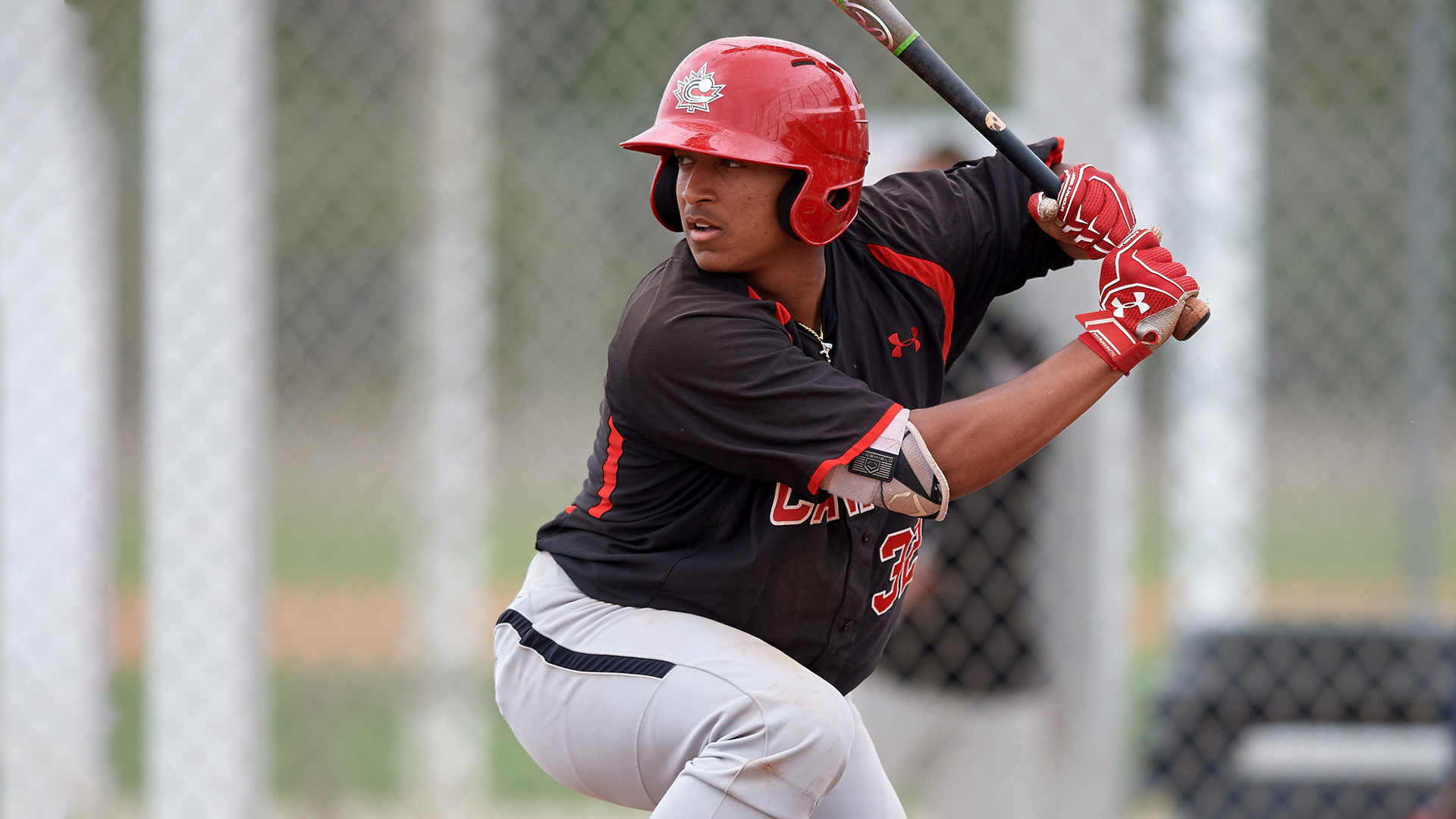 When looking at the New York Yankees organization heading into the MLB First-Year Player Draft, catcher could be a position that they target with the 23rd pick and there is a good chance a catcher will be around towards the back end of the First Round. One player that should be on the board is Noah Naylor.

Naylor is an 18-year-old left-handed hitting catcher from Mississauga, Ontario in Canada (St. Joan of Arc School). He is the younger brother of Josh Naylor, who was a First Round pick of the Miami Marlins back in 2015. He is currently in the San Diego Padres organization (Double-A San Antonio).

As for Noah, he has experience playing the middle infield positions, but his primary position on the diamond is behind the plate. The six-foot catcher has the ability to get the ball and throw it quickly to second. Here is a brief scouting report on him courtesy of Perfect Game

“Very high level athleticism for a catcher, 6.62 in the sixty, low and flexible behind the plate, very quick shifting and blocked, high level arm strength with a loose and fast arm, 1.78 best pop time.”

Here is video of Naylor’s arm from the Perfect Game All-American Classic courtesy of Perfect Game as he throws out a pair of runners:

In addition to his good defense, Naylor is a good line drive hitter and that can eventually lead to more power as he develops. Last July, he won the High School Home Run Derby during All-Star Week in Miami, so the power tool is definitely there.

On Baseball America (subscription required), they have Naylor ranked as the 20th best prospect in the entire draft. The power tool is discussed by BA, but there also is some concern about his defense outside of the throwing arm behind the plate:

“He’s a good enough athlete to catch and has a strong arm, but he can get lazy at times behind the dish and needs a lot of refinement. Some teams think he can turn into a solid third baseman, where he’s played frequently with Canada and over the showcase circuit while making all the routine plays.”

Naylor would be a good pick for the Yankees with the 23rd selection because they take their time with him in the development process. They already have Gary Sanchez as the catcher for the foreseeable future. If the catching doesn’t work out, they can always try him out at another position and develop him that way.

On most of the mock drafts that are out there, Naylor should be available if the Yankees want to select him with their first pick. Baseball America (subscription) has him off the board going to the Royals with the 18th pick. Meanwhile, Perfect Game has him going 37th to the Orioles, MLB Pipeline’s Jim Callis has him going 27th to the Indians, and FanGraphs has him going to the Rays with pick 31.

If the New York Yankees want to address an organizational need in this draft early, then catcher would be the way to go. Naylor has the arm behind the plate and the contact ability to succeed at the next level.