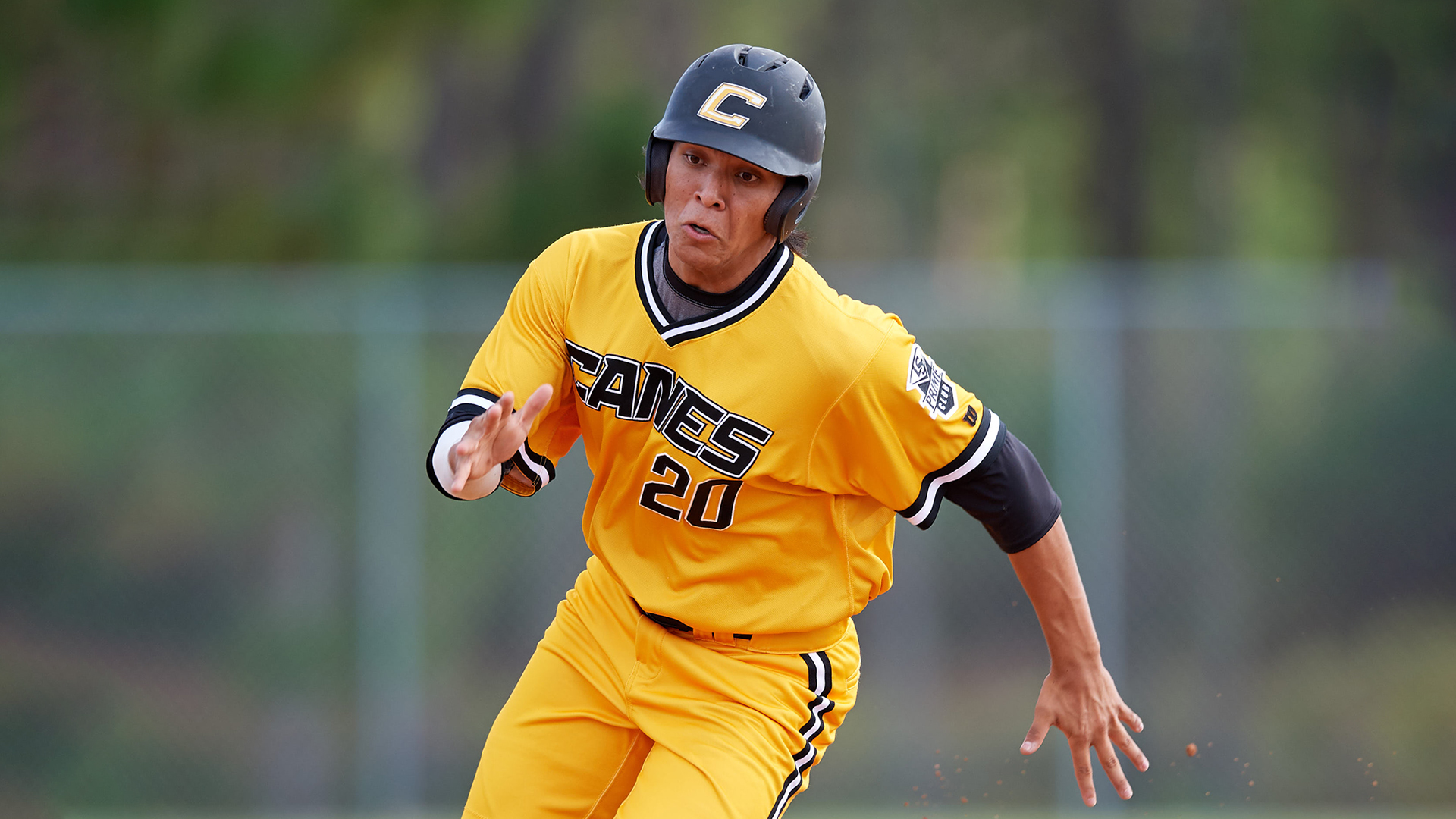 Anthony Seigler (20) while playing for Canes National based out of Fredericksburg, Virginia during the WWBA World Championship at the Roger Dean Complex on October 21, 2017 in Jupiter, Florida. Anthony Seigler is a catcher / pitcher from Cartersville, Georgia who attends Cartersville High School.

With the 23rd pick in the 2018 MLB First-Year Player Draft, the New York Yankees decided to go the high school route and they took Anthony Siegler, a catcher out of Cartersville High School (Georgia). It is only the third high school player that the organization has taken in the First Round dating back to 2013 (Ian Clarkin and Blake Rutherford).

Seigler is one of the unique prospects in this draft class. He is a switch-hitter and that has extreme value. Plus, he is a switch-pitcher and the Yankees have experience with selecting switch-pitchers (Pat Venditte in the 20th Round back in 2008).

On Baseball America’s list of the Top 500 prospects in the draft, Seigler was the 41st ranked player on their board. They talked about his defense behind the plate as well as his ability to be an extra-base hitter:

Seigler’s pro future is behind the plate. He is an impressive receiver and has a strong throwing arm, with pop times that hover around 2.00 seconds in-game…. Seigler has hit well at every level and has more than enough juice and feel to hit to rack up plenty of doubles. There might not be any one plus tool with Seigler, but he does everything well and scouts rave about his makeup and personality, as he is consistently referred to as one of the toughest players in the prep class.”

While Seigler (5-feet-11 inches, 200 pounds) will likely not be a pitcher with the Yankees, it is still fascinating to hear about the velocity that he brings to the mound and it is a good reflection of how quick he can throw the ball to any particular base:

“Seigler throws a changeup from the left side and changes his arm slot, while he can reach 92 mph from the right side to go along with a slider.”

The good part about this pick for the New York Yankees is that they can develop him at their own pace and he fits one of the few needs in the organization. Yes, Gary Sanchez is the mainstay catcher in the Bronx for the foreseeable future. With that being said, catcher is not a deep position in the organization after Triple-A (Austin Romine and Kyle Higashioka). This is the first time that the Yankees have selected a catcher in the First Round since they took Jon Poterson with the 37th selection back in 2004.

Seigler has the opportunity to make waves in the organization with his glove and his bat. It will be interesting to see where the Yankees will send him right out of the gate. He was a commit to one of the top college teams in the country, the University Of Florida. However, being taken in the First Round should make him decide to go the professional route.

It is rare you find a switch-hitting catcher and the Yankees hope that down the road, he can continue to move up the system if the tools that he has continue to shine.

We will have an interview with him on the site in the near future so stay tuned.