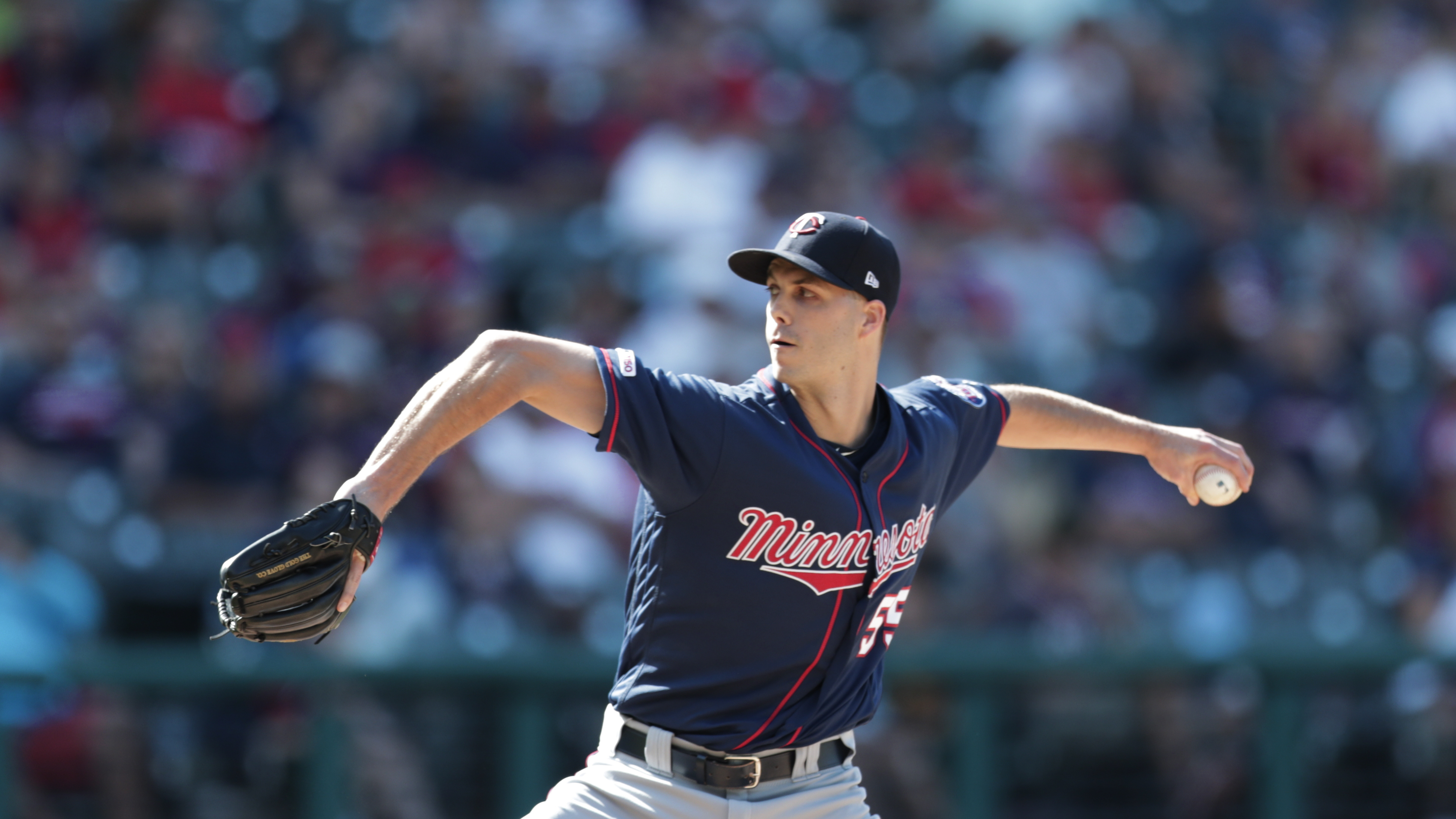 This year’s ALDS matchup between the Yankees and Twins reminds me of the widely-used internet meme that features a screengrab from a 1967 Spider-Man comic in which two Spider-Men, one the real Spider-Man and the other a villainous imposter, come face to face.

The Twins have a real-life twin, and it’s the Yankees. Both teams are built around dinger-bashing lineups and shutdown bullpens, with inconsistent starting rotations that beget the possibility of some high-level shenanigans regarding pitcher usage and alignment. Here, I’ll take a look at Minnesota’s relief pitching.

While these guys aren’t household names, they’re loaded with talent and poise – their collective 7.3 WAR is the third-highest mark in the league and their 3.92 FIP is the best in baseball. They form a rock-solid unit that could prove quite a foil for the Yankees in the late innings, and they’ve already proven a foil for me in writing this article since they have names like Taylor and Tyler and Trevor and I’m having a heck of a time keeping them straight in my head. 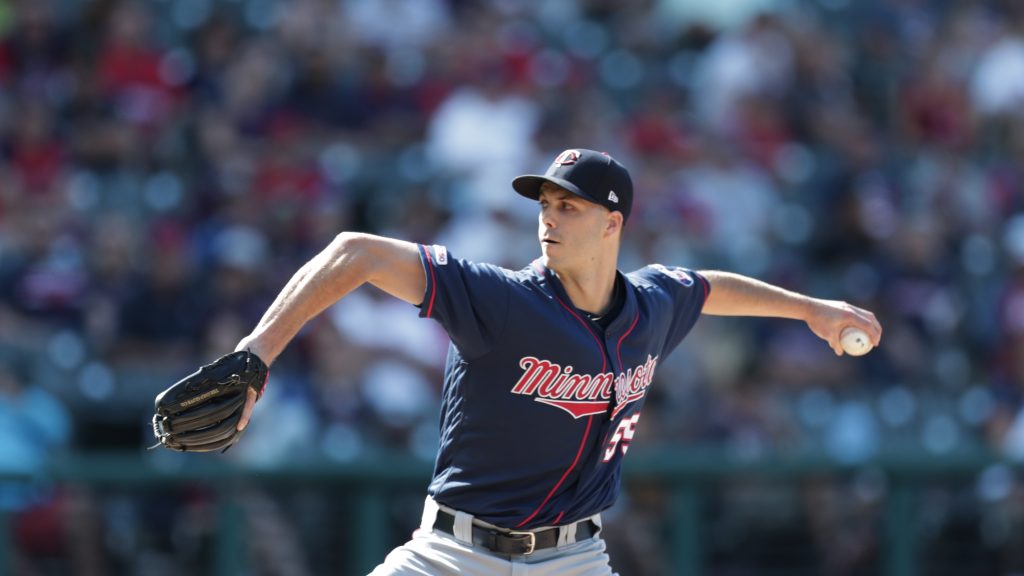 Any discussion of the Twins’ bullpen must begin with its ace and closer, Taylor Rogers. He’s been a solid presence for four seasons now, but he broke out in a big way in 2019. He swiped the full-time closer’s role from Blake Parker over the season’s first few months and carried that mantle with aplomb, resulting in the latter’s release on July 24. Rogers, a 6’3 lefty, relies on a power sinker that averages a brisk 94.8 MPH with sharp downward movement, fueling his 52.6 percent ground ball rate. He pairs this with a frisbee-type, Andrew Miller-style breaking ball for a 32.4 percent strikeout rate and a microscopic 4 percent walk rate, in the top 4 percent league-wide.

What’s perhaps most remarkable about Rogers is that he’s doing all this facing the most pressure of any reliever in the game and with one of the toughest workloads. His average leverage index, a statistic from Baseball-Reference that quantifies the importance of game situations taking into account inning, score, and situation, is 2.133. The margin between that mark and second-place Brandon Workman’s is larger than the gap between Workman and fifth-place Blake Treinen. Aroldis Chapman comes in a distant eighth, at 1.778. And Rogers is frequently called upon to get more than three outs, with 17 such appearances, second-highest among full-time closers, and also appeared 17 times on no rest.

Dude is a total stud and the Yankees should be terrified in any save situation for the Twins. If there’s one small silver lining, it’s that Rogers has had a tougher time with righties, allowing seven homers against them. If any team can knock him off his sky-high pedestal, it could be New York.

Things don’t get any easier from there. Minnesota’s season leader in relief appearances with 65 is Trevor May, a 30-year-old righty without a productive big league season on his resume until he returned from Tommy John surgery a year ago.

May has broken out in a big way in 2019, tossing 64 innings to the tune of a 2.94 ERA and 3.73 FIP in mostly mid to high-leverage situations. He features a four-pitch mix featuring a 95.5 MPH four-seamer and a slider, curve, and change thrown at roughly equal rates (slider generally to righties, change to lefties). May began leaning on his slider this season, and it’s become a very effective offering, boasting a nearly 30 percent whiff rate and a .167 batting average against.

Since returning from surgery, May has added velocity to his fastball and spin to his slider and subsequently has become a premier reliever. Look for him to be used in a variety of situations, coming in for a classic three-out hold or for a particular matchup.

The third fearsome head in Minnesota’s bullpen Hydra is Tyler Duffey, who earned his spot with a strong April and May and solidified it by not allowing a single run between July 23rd and September 28th. Like May, Duffey’s first productive season was the present one. He suffered through a catastrophic stint as a starter and then proved an equally ineffective reliever, posting a 7.20 ERA last season whilst riding the shuttle to and from Triple-A Rochester.

So what changed this year? Two things.

Second, Duffey significantly changed the mechanics on his curveball, as he explains to FanGraphs here. It was once a pitch with more horizontal break, but now it spins tighter and moves straight down, and it’s categorized by Baseball Savant as a sharp slider. The pitch drops 12.7 inches more than the average comparable offering across baseball and hitters are flailing for a .169 batting average and a nearly 42 percent whiff rate against it. See?

Becoming a stud reliever for a 100 game winner is as simple as developing an unhittable out pitch. Duffey’s 34.5 percent K rate is good for the 94th percentile. We could see him as a tough matchup reliever against the Yankees’ parade of power-hitting righties. It’s not hard to picture Giancarlo Stanton or Gary Sanchez waving helplessly against that eye-popping breaking ball.

Finally, the fourth horseman is the only name that might sound familiar to the casual fan. At the 2019 trade deadline, the Twins acquired Sergio Romo from the Marlins, and the well-traveled 36-year-old proceeded to lower his ERA by a full point. A master of inducing soft contact, Romo tosses his 77 MPH breaking ball nearly 60 percent of the time, working in a changeup and sinker and scarcely ever topping 86. His hard-hit rate is the best mark in baseball, and his average exit velocity nearly there, sitting in the 98th percentile.

Romo’s average leverage index is second on the team to Rogers’, and we’ll likely see him in a matchup-specific role in the postseason (in nine of his 27 Twins appearances, he recorded less than three outs). Perhaps the most important thing Romo brings to the table is veteran savvy. He’s been to the big stage and locked down the key outs before. Seven years ago, he threw the final pitch of the World Series.

It’s anybody’s guess whom the Yankees might see apart from the Big Four. It looks like Kyle Gibson, a starter for most of the season, will inherit a long-relief role in the playoffs. Gibson stumbled to a 5.92 ERA after the All-Star break, but his healthy five-pitch mix can be an asset for Twins skipper Rocco Baldelli to deploy in strategic situations. 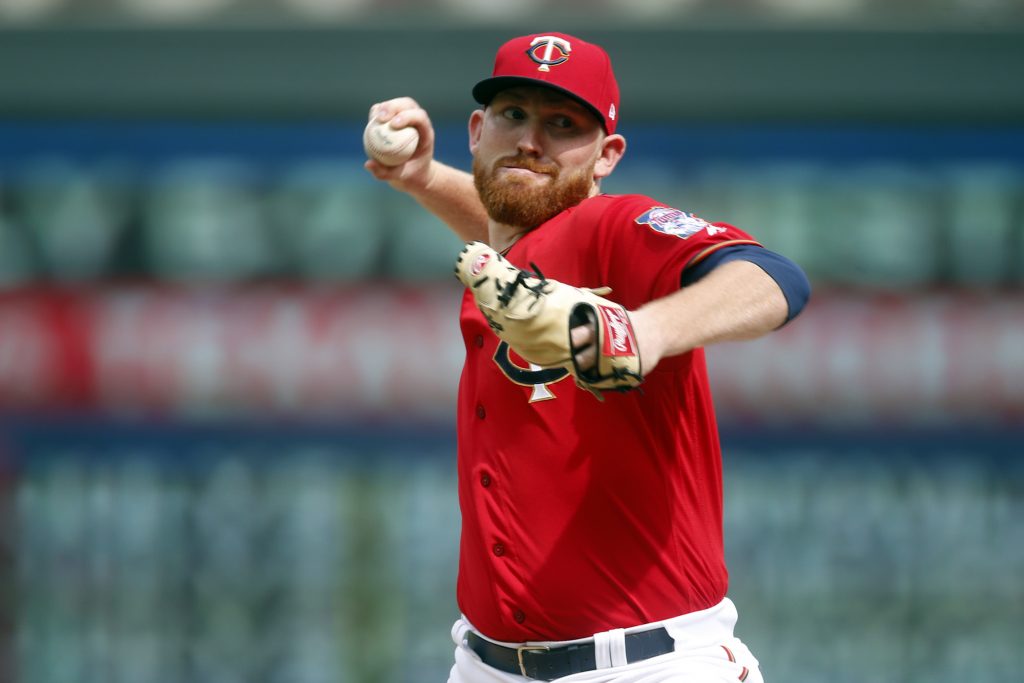 Yankee fans might also encounter a familiar face in old farmhand Zack Littell, traded to Minnesota in the 2017 Jaimé Garcia deal. Littell appeared in ten games down the stretch in September and pitched very well. He posted a respectable 2.68 ERA and 3.60 FIP overall this season after, you guessed it, ditching his curve and change and exclusively relying on his slider to complement his four-seamer, to which he also added nearly two miles per hour of velocity.

Ryne Harper made the team out of Spring Training and was very effective for two months before cratering after the All-Star break. The righty’s reverse platoon split might make him a real weapon were it not for the Yankees’ utter dearth of left-handed hitting, but the odd at-bat against Didi Gregorius or Brett Gardner is not out of the question.

The bullpen is a clear strength for the Twins, but it could have been even more so. Along with Romo, Minnesota acquired Sam Dyson from San Francisco at the trade deadline to serve as another tough righty late-inning option. Dyson was recently shut down for the season and underwent a serious capsule replacement surgery which will cost him all of next year and potentially his career. While that move didn’t pay off, the Twins have an ironclad relief unit that suits them well for modern-day October baseball, and could ultimately propel them to the ALCS and beyond.