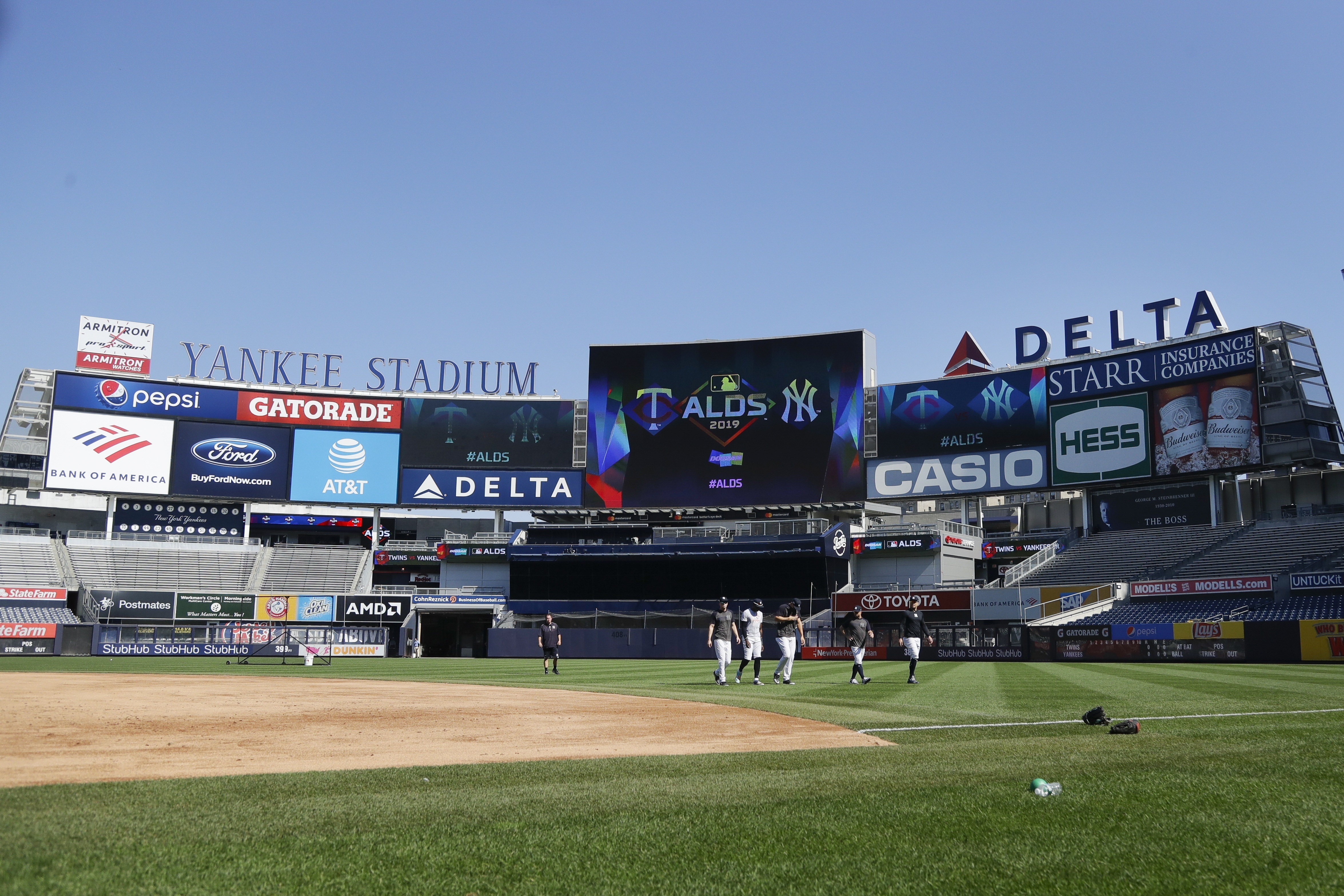 It has been well documented that this American League Division Series is expected to be a slug-fest. Understandably so because the Minnesota Twins (307) and the Yankees (306) combined to hit 313 home runs this season.

In fact, the last time these two teams met was in July in Minneapolis, MN at Target Field. The Twins smacked a whopping 12 home runs, while the Yankees hit 8 to combine the total of round-trippers for the three-game series at 20.

Along with the long ball, the defense played a crucial role in July’s three-game set as Aaron Hicks made a remarkable game-winning, play-of-the-year type diving catches to secure the Yankees series victory.

Prior to the slug-fest, New York hosted Minnesota in early May and again, took two-of-three at The Stadium.

Here are the final scores from every Yankees-Twins regular-season matchup in 2019:

The past is the past, so let’s now take a look at the future as our group of writers take a shot at predicting the upcoming series!

I expect the Yankees-Twins series to provide plenty of offense. The Twins and Yankees are about even when it comes to power, and I believe the Twins bullpen is actually underrated and can keep pace with the Yankees super-pen.

My line of thinking is this series will come down to starting pitching and defense. The Yankees edge the Twins in these facets of the game. Combine that with a focused team mentality, experienced/battle-tested roster and home-field advantage there is just too much going for the Bronx Bombers this series. Savages win in four games!

While history looms over this series, this should be a closer series than people expect. With both offenses hitting over 300 home runs, the offenses are even on both sides. To me, this series comes down to starting pitching and the bullpen.

On the Yankees sides, James Paxton is coming into October on a great note from the 2nd half and expect that to carry over into the postseason. If he can outduel Jose Berrios in Game 1, that could set the tempo for the series. This time around, Aaron Boone is going to be quick to go to a bullpen that is arguably the best in baseball. The Twins have a decent bullpen as well with Sergio Romo and Taylor Rogers at the back end, but New York has more, experienced arms.

Expect these games to be close, but I think the Yankees having players like DJ LeMahieu and Gio Urshela to get clutch hits late that aren’t of the home run variety.

These two teams are pretty evenly matched, the key for the Yankees to win would be their starting pitching.  If James Paxton pitches as he did in the second half, Masahiro Tanaka pitches like his old self, and Severino is throwing as he did in his first two starts than this could easily go in the Yankees favor. This series will be close and I believe will go the distance with the Yankees coming out on top.  My prediction is the Yankees win in five games.