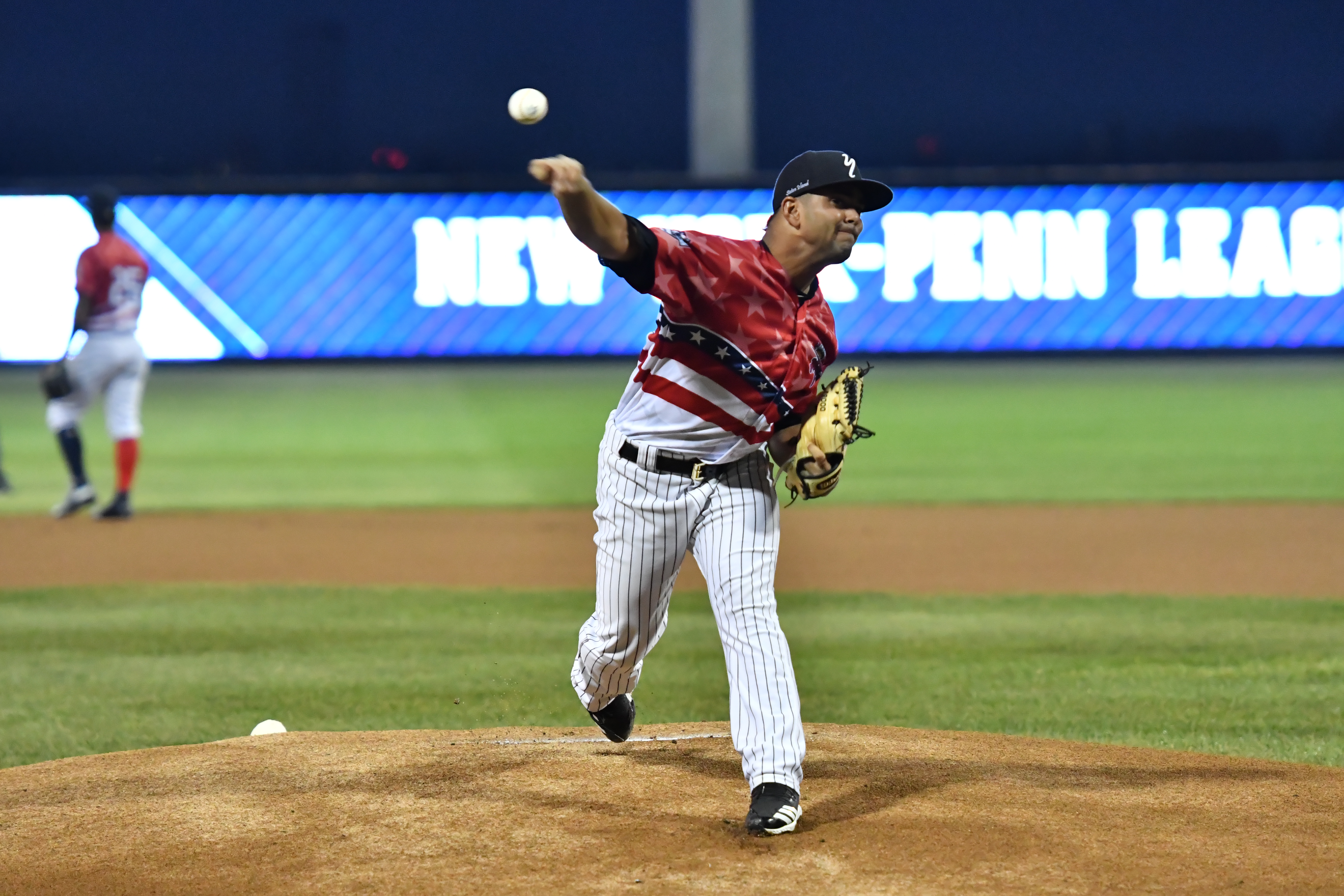 The 2019 New York Penn League (NYPL) All-Star Game was played on August 21, with the Blue Team beating the Red Team 7-4. The selected SI Yanks players and Coaching Staff represented the Red Team, in a losing effort. The game itself started at 8:07 pm, about an hour later than originally scheduled. This was due to weather-related issues. Once the rain stopped, a vibrant rainbow was visible. This would be one of the few highlights for the home fans.

It was a tough night for the three Staten Island Yankees selected to play in this All-Star game. Pitcher Anderson Munoz got the start, giving up one run (unearned), on two hits, with two strikeouts. Munoz was credited with the loss, as the Blue team would have the lead throughout the game. When asked about Munoz’s performance, Staten Island Manager David Adams understood why Munoz was excited to start the game:

“I would hope so. I would have been amped up”

Infielder Ezequiel Duran started at second base in this All-Star Game. He went 0-2 at the plate, being called out on two very close calls. Duran almost received a third at-bat but was replaced by Aberdeen Infielder Andrew Fregia in the fifth inning.

Catcher Carlos Narvaez came off the bench in this All-Star game, replacing Connecticut Tigers Catcher Eliezer Alfonzo. Narvaez would get on base with a walk in the eighth inning and was the only SI Yanks player to reach base safely. He did have some issues defensively in the seventh inning, as Auburn Doubledays Pitcher Fausto Segura had trouble controlling his upper 90s fastball. After three walks and two wild pitches, two runners crossed home plate in that inning. 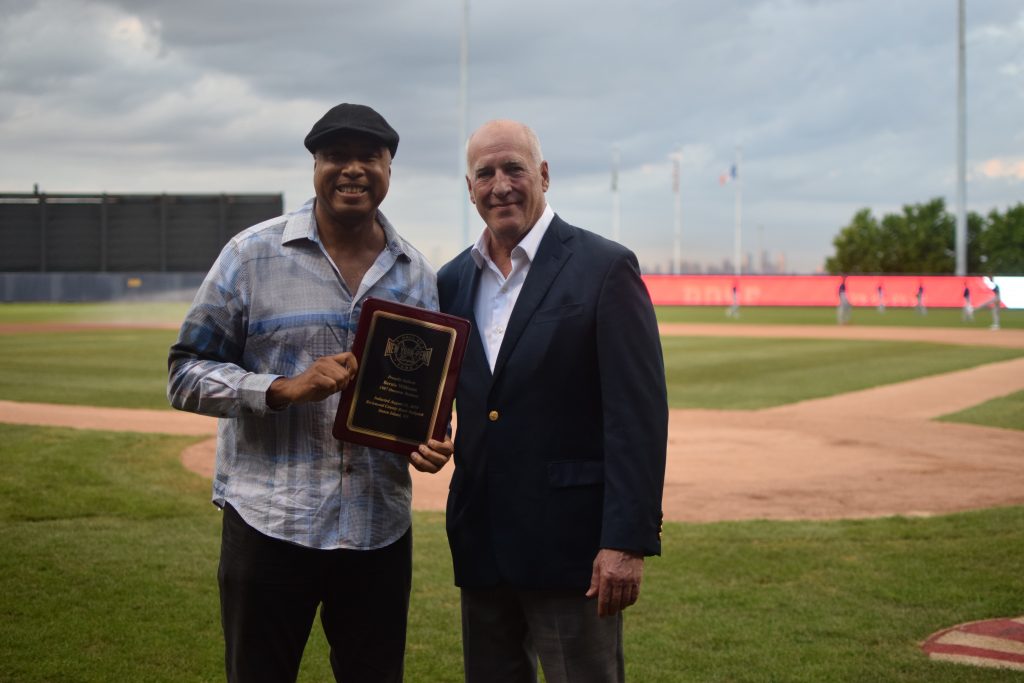 Bernie Williams was inducted into the NY-Penn League Hall of Fame prior to the game. (Robert M. Pimpsner)

The home run derby, on the other hand, was an almost complete washout. After a couple of players and local police (NYPD) and fire department (NYFD) members had their chance to hit at Richmond County Bank Ballpark, the clouds opened. Due to the field surface, and a corresponding rain delay, the home run derby was scrapped. This did not, however, deter prospective homerun derby participant Nathan Perry (Tri-City Valley Cats – Houston affiliate), from hitting a solo home run in the sixth inning. Perry would later be awarded as the All-Star Game MVP.

Now that the All-Star festivities have come to a close, it is time for the Staten Island Yankees to focus on a playoff push. The team is currently one game behind in the Division race and a half-game behind in the Wild Card race. SI Yanks Manager did discuss how the team will approach this next part of the season:

“Stay true to what we know, and push and continue to grind, and keep our eyes on the prize, one pitch at a time.”

This being said, there are still two teams in front of the Yankees in this playoff chase, with only 13 games left on the schedule. The rest of the season should be eventful. We will provide continued coverage of this team, as they try to make the 2019 postseason.