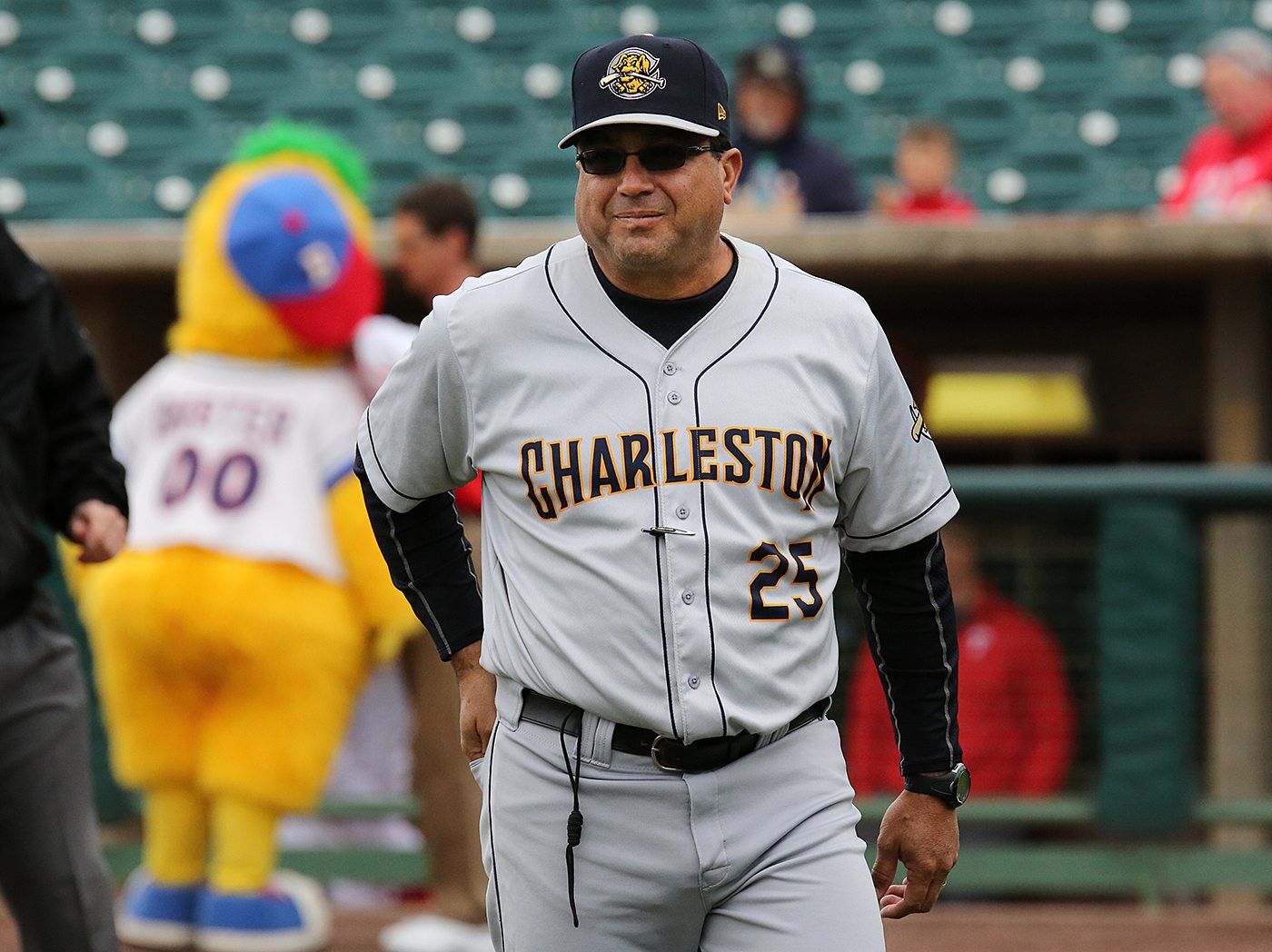 Luis Dorante returns to Pulaski in 2019 after a stop in Trenton in 2018 as the teams bullpen coach. Photo by Martin Griff

The Pulaski Yankees, as assigned by New York Yankees announced their coaching staff for the 2019 campaign on Wednesday afternoon. Manager Luis Dorante returns for his second tour of duty as the skipper after spending the 2018 season as the bullpen coach for Double-A Trenton. Dorante is joined by pitching coach Gerardo Casadiego, hitting coach Scott Seabol, defensive coach Teuris Oliveres, athletic trainer Manny Ozoa, and strength and conditioning coach Larry Adegoke.

Dorante returns to Pulaski for his eighth season in the organization after being named the 2017 Appalachian League Manager of the Year during his last stint at the helm. Dorante has previously served as the manager of Low-A Charleston from 2014-2016 after holding assistant coach responsibilities with Trenton from 2012-2013.

Pitching coach Gerardo Casadiego returns to Pulaski for his third consecutive season and his seventh overall in the Yankees organization. Hitting Coach Scott Seabol returns for a second stint with Pulaski after spending last season with the RiverDogs. Seabol began his professional coaching career in 2017 with Pulaski.

Olivares begins his ninth season in the Yankees organization, returning to Pulaski in the same role that he held during the 2018 campaign. He has previously served as a defensive coach for the Staten Island Yankees in 2016 and 2017 after coaching five seasons in the DSL.

Strength and conditioning coach Larry Adegoke and athletic trainer Manny Ozoa return to Pulaski for their second and fourth seasons respective seasons with the team. Clubhouse manager Tom Kackley comes down to Pulaski for his first season with the club after spending 2018 in the same role for the Thunder. The Yankees’ 2019 video manager is still yet to be determined.