2019 Winter Meetings Recap: A Giant Leap Towards A Pennant 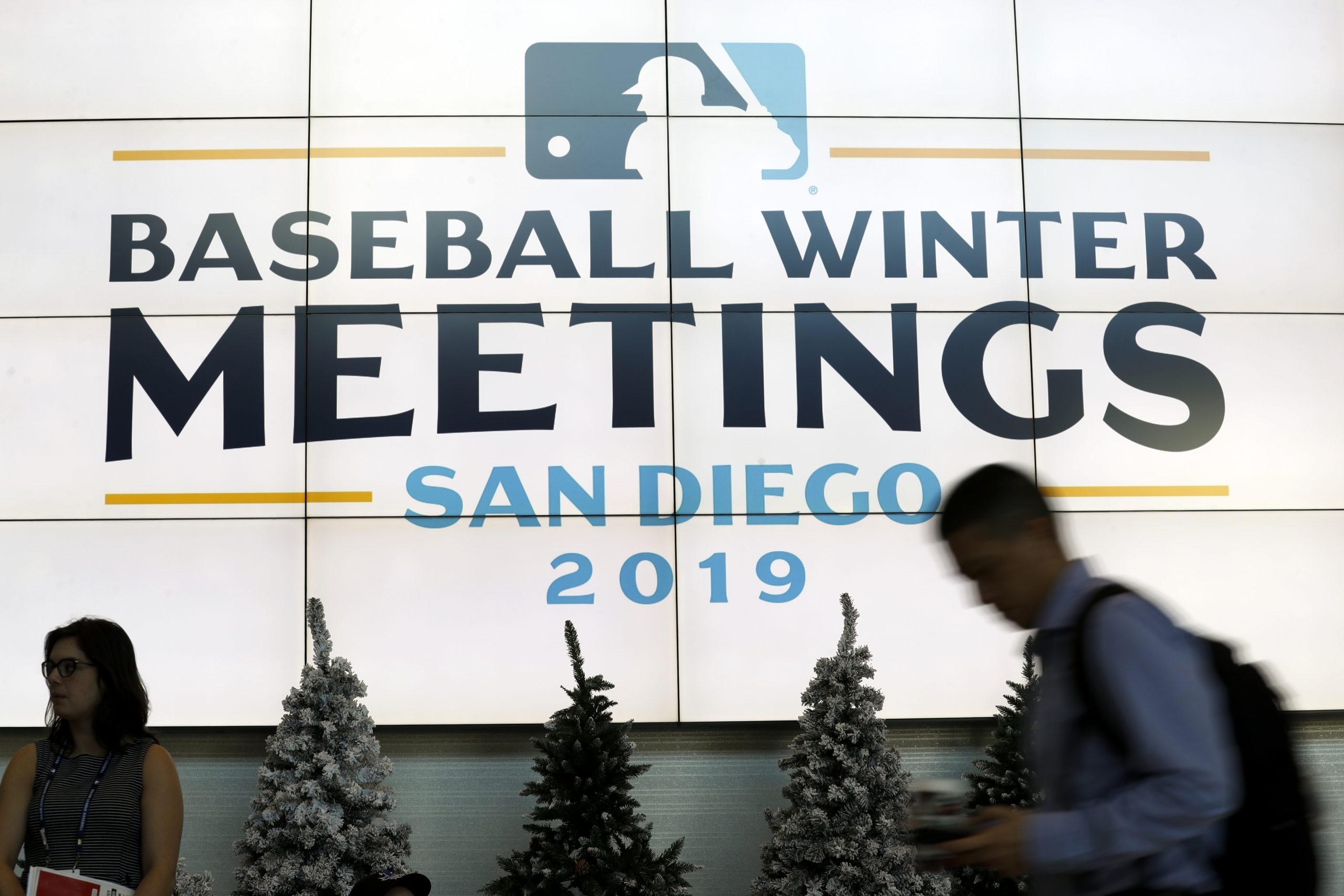 Here’s something that I don’t like to talk about that much: my basketball team is the Knicks, and my football team is the Giants. And for the past half-decade, those allegiances have brought pretty much nothing good into my life. Once baseball season ends, I’m forced to contend with a long, cold winter of bitter sadness and constant losing. For the last three years, as three promising Yankees playoff runs came up short of the goal, there was an added element of despair for me.

This season has somehow eclipsed the others. The Knicks and Giants are a combined 7-30. The former has already fired its head coach, and the latter will most likely do so soon. Watching these teams makes me miserable, and I should probably do it less. So, when I tell you I needed this past week, I am not exaggerating. I needed it so desperately. I’m straight up despondent over here.

In case you cut off your internet for the last week, I’m referring to Gerrit Cole’s nine-year, $324 million contract to become the ace of the rotation in New York. Cole’s deal was the focal point of a highly active Winter Meetings for Yankees brass, the most significant signing the team has made in a decade, and the antidote to the poisoned fruit of my winter sports fandom. I’ll dive into the three critical events that transpired for the Yankees in San Diego, with a short postscript on the Rule 5 Draft. 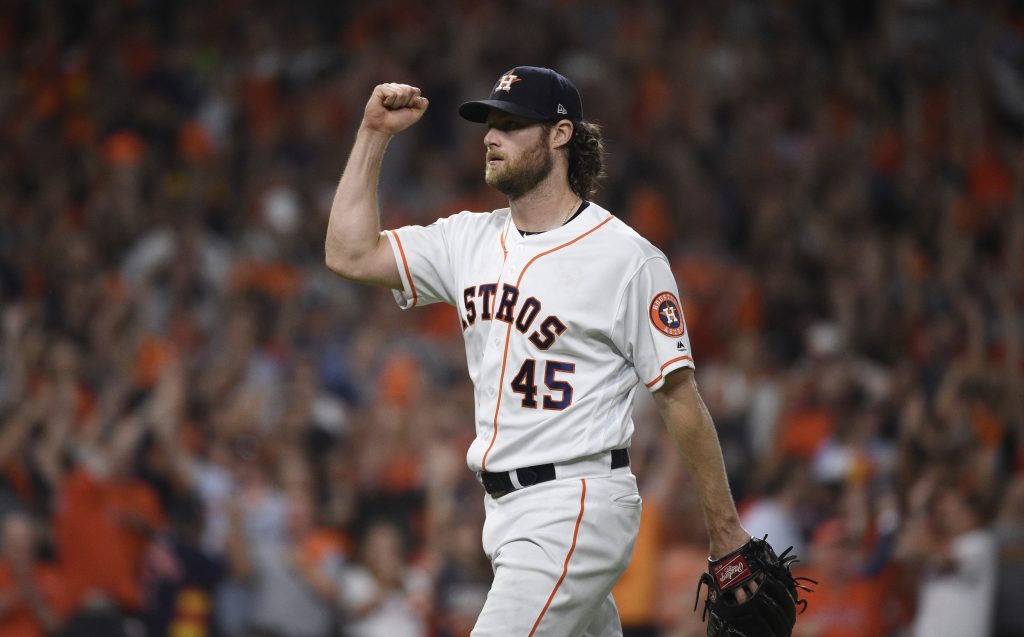 Houston Astros starting pitcher Gerrit Cole (45) reacts to an out against the Tampa Bay Rays during the seventh inning of Game 5 of a baseball American League Division Series in Houston, Thursday, Oct. 10, 2019. (AP Photo/Eric Christian Smith)

Cole in Our Stockings: A Nemesis Arrives in the Bronx

I hate to use Scott Boras’ catchphrase, but the news of the Cole contract did make me feel like Christmas had arrived early. The 29-year-old former Yankees draft pick will finally make his debut in pinstripes next year, and he’ll be a staple of the rotation long into the 2020s. It can be easy to galaxy-brain yourself into believing this is a bad deal, because of the extremely high price tag and the fact that the team will be paying Cole 36 million dollars at age 38, by which time he’ll be a shell of the pitcher he is now. Don’t give in to the temptation. This was precisely the right move – Cole is in his prime, he can help the team win a title in its current window, and he is the best pitcher on the planet. Just look at this. 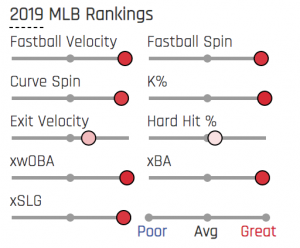 Cole was an obvious beneficiary of the Houston Factory for Velocity and Spin. Those percentiles stand out – and the changing nature of his arsenal over the years is notable too. Per FanGraphs’ Pitch Info tracking system, Cole threw sinkers at a roughly 16 to 18 percent clip in his last three seasons with notorious player development dinosaur Pittsburgh. Upon being dealt with the Astros, he ditched the hittable sinker (132 wRC+ against in 2017) for more elevated four-seamers and promptly rocketed from the ranks of the very good to the best in the sport. The Astros have pulled this time and time again (with the White Sox following suit in Lucas Giolito’s transformation this past season) and the Yankees, victimized by Cole’s dominance in the 2019 ALCS, will now reap the rewards. I’ll also bet that new pitching coach Matt Blake has some tricks up his sleeve to help Cole maintain this level of performance.

And now for some more amazing stats: Cole quickly led all of baseball last year with a 13.82 K/9. That’s more than a strikeout per nine better than Max Scherzer, who finished second. He posted a 2.64 FIP roughly in line with his 2.50 ERA and surrendered a microscopic .185 batting average against. As a final salvo, the Yankees’ entire complement of starting pitching in 2019 posted a 10.6 WAR. That number includes every start made last year, all 162 of them. Cole produced 7.4 WAR by himself. Instantly, he turns the Yanks into World Series front-runners. The pressure will be on both pitcher and team to win early and often. 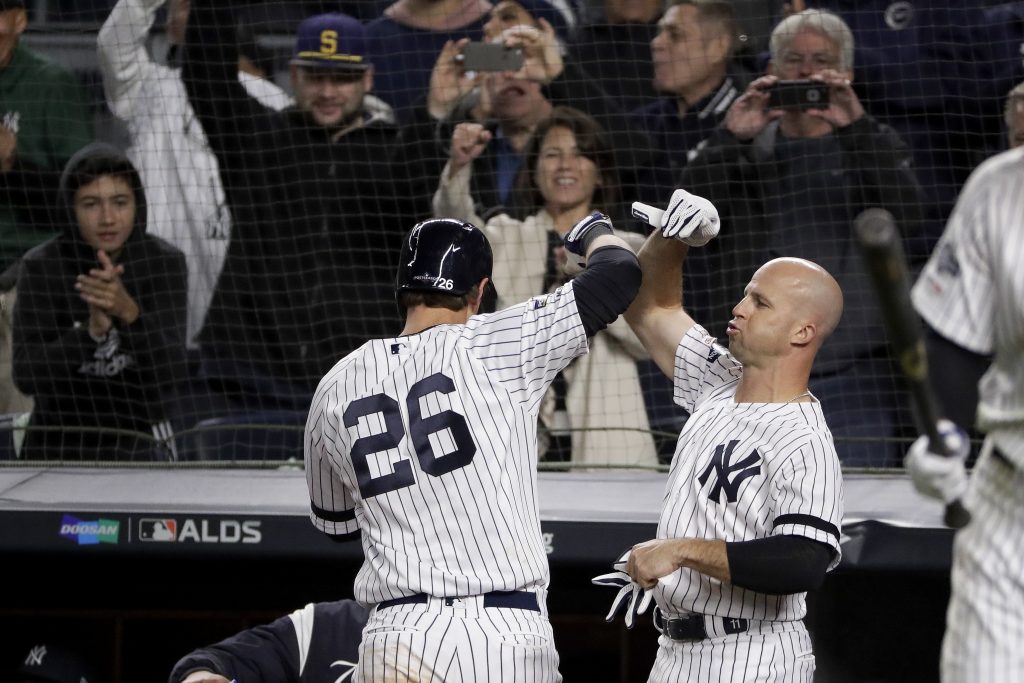 I’ve said this numerous times. Any Yankee fan who has one bad thing to say about Brett Gardner isn’t a real fan. With the retirement of CC Sabathia and the departure of another old friend who I’ll discuss later, there is only one legitimate candidate for the honorary role of Mr. Yankee right now, and he wears number 11. Gardner put pen to paper on a one-year deal with a club option for 2021 this week, granting us at least one more season of hard-nosed hustle, arguments with umpires, and Players’ Weekend jerseys that don’t have a nickname. There was simply no reason for the Yankees not to do this. Gardner posted the best offensive season of his career in 2019 and still grades out as a good defensive outfielder. While there was an element of mirage to his tremendous output (.344 wOBA to an expected .301), he’s still a useful player with the health of Aaron Hicks and Giancarlo Stanton both in doubt. I’m excited to welcome him back for a final farewell.

Now for the more melancholy news. I knew it was a possibility. However, I still wasn’t emotionally prepared when the news of Didi Gregorius signing a one-year deal to reunite with Joe Girardi in Philadelphia broke. And there’s not much I can say that hasn’t already been said. Didi had what I believe to be the hardest job in professional sports when he arrived five years ago: he needed to replace Derek Jeter. We were all rightly skeptical that he could do it – and then he blew past our wildest expectations, blossoming into a pesky and effective hitter, a great defender, and a lively and invigorating clubhouse presence (which, I might add, Jeter never was). It’s really not extraordinary to suggest that he filled Jeter’s shoes as well as anyone could have. Before falling off this year post-injury, Didi was one of the best shortstops in baseball for two years, accumulating more WAR than all but just two others at his position, Francisco Lindor and Andrelton Simmons.

We’ll miss his production on the field, which I think will recover next year. Perhaps even more importantly, we’ll miss the person he is. It’s the emoji tweets, obviously, but it’s far more extensive than that. He’s a born leader, he treats his teammates and the media with respect, and he truly loved this city and its fans. The fact that he never got to win a championship here is a forever wound for me, but I wish him nothing but success wherever he goes. We’re all better baseball fans for having been able to watch him and root for him these last five seasons. 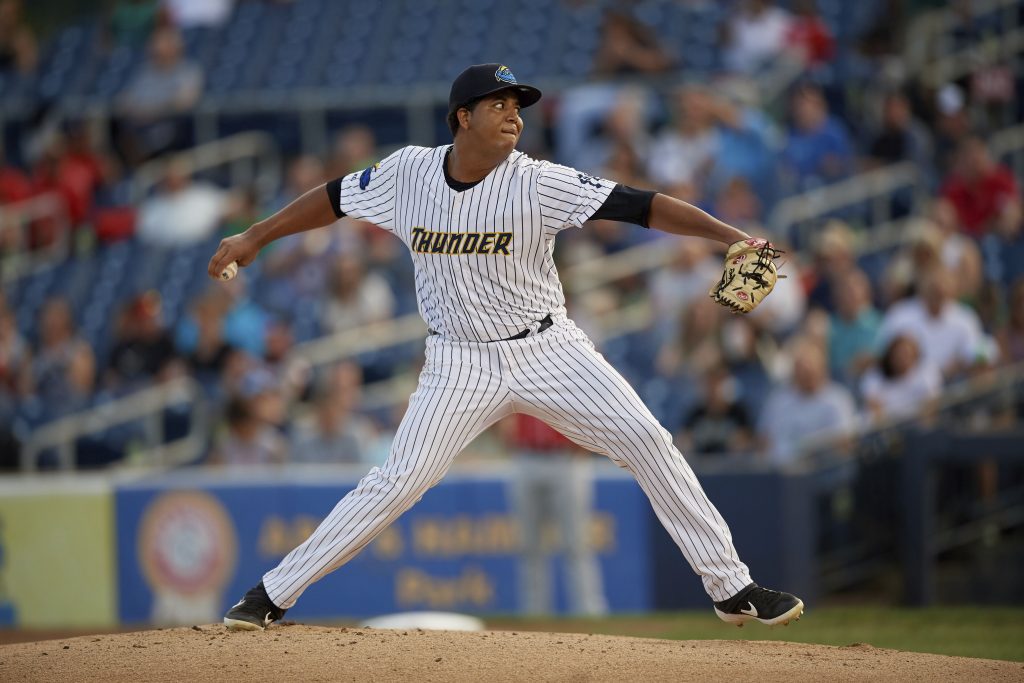 To nobody’s surprise, the Yankees did not make a selection in the Rule 5 Draft. It’s the eighth straight year in which the front office elected to forego that process. However, the Yankees were quite involved in the draft – the first overall selection by the Tigers was Rony Garcia, a 21-year-old righty who made 20 starts for Trenton last season. Garcia’s 4.44 ERA was nothing to get excited about. Garcia will, of course, return to the Yankees system if he doesn’t last the year at the big-league level with Detroit, but needless to say, the hope is that he will. Four Yankees prospects also changed affiliations in the minor-league portion of the draft: right-handed pitchers Hobie Harris, Will Carter, and Raynel Espinal were selected by Toronto, the White Sox, and Boston respectively, while infielder Wendell Rijo went to Atlanta.

It was an extremely eventful week in San Diego, both league-wide and for the Yankees. While I hope that the team’s plans still include re-signing Dellin Betances, it appears increasingly likely that that is not going to happen. This means that the outfit we see before us right now is what we’re going to see on Opening Day next March. And let me be clear: there is nothing wrong with that. The Yankees did what they needed to do to maximize their chances to win a title this season by opening their checkbook and acquiring the best pitcher in baseball. In so doing, they gave us all a welcome reprieve against the harshness of our game’s winter absence. Nothing remains but to wait eagerly for the sound of balls cracking bats and smacking against gloves in Tampa. If you need me, I’ll be watching the Knicks and Giants, slumping further and further into my chair.