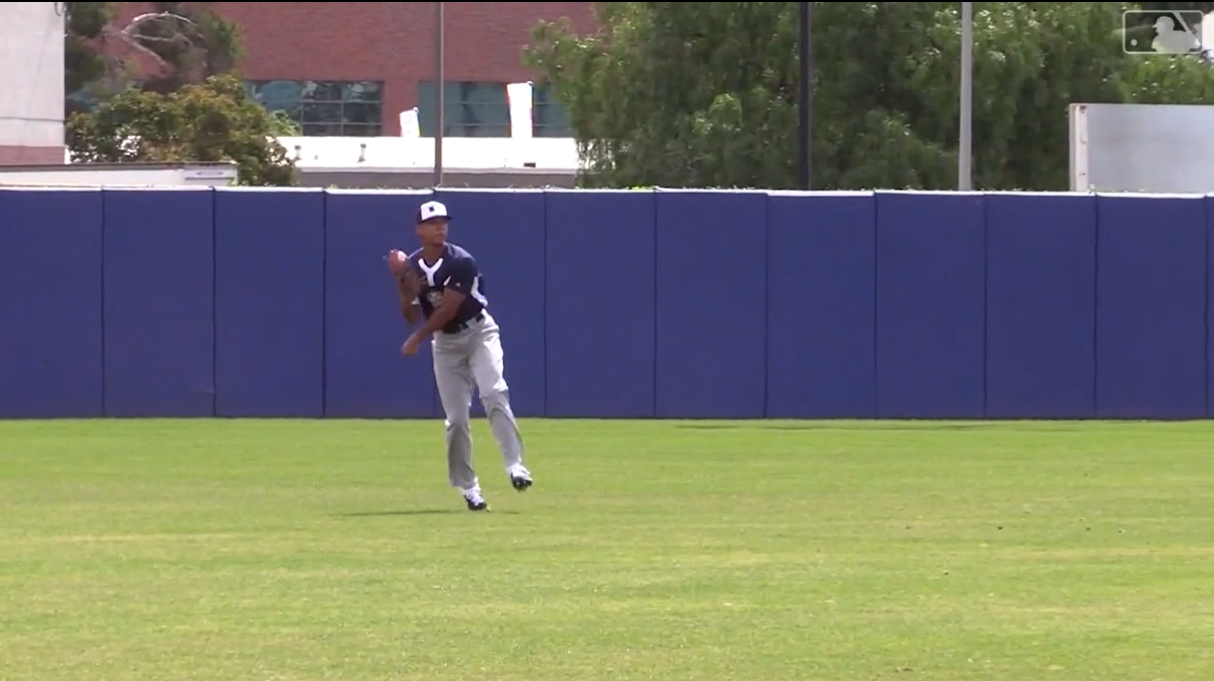 Isaiah Greene is a centerfielder who is a senior at Corona High School. Over the course of his High School career, Greene has shown mixed offensive results. Greene’s best season came as a sophomore in 2018. In 23 games, he hit for a .389 average, had 16 walks and stole 9 bases without being thrown out.

Unfortunately, Greene’s performance dropped in 2019 as he appeared to become less selective at the plate, finishing the year with 7 fewer walks despite playing 5 more games. Furthermore, his batting average dropped .062 points.

In an article at baseballprospectjournal.com, Dan Zielinski III presented the following statement from Greene on the cause of his disappointing junior season.

“I struggled with trying to do too much with my approach instead of staying simple and trying to be a gap-to-gap hitter,” Greene said. “I tried to do too much and didn’t stay within myself.”

Zielinski’s article also portrayed as a hard worker, who has been training with at the home of former NFL player, Toby Gerhart. According to the article, he has been training there since he’s been 14 and the purpose of the training session is to work on his speed, which is considered his strongest tool.

It’s perhaps a credit to Greene’s hard work that his rut didn’t last too long as he really established himself as a top draft prospect at this past summer’s Area Code Games. Greene posted the following slash line: 429/.438/.714. His performance at the Area Games, coupled with his performance competing with the USA baseball U18 World Cup team propelled his stock. He is now considered to be a top-50 draft prospect.

As of now, the Yankees are probably not in a position to draft Greene, as it would be considered a bit of reach to draft him late in the first round. I do not believe he would be signable in the third, especially for a team with as small of a spending pool as the Yankees. The Yankees also seem to prefer to draft Southern California players, so it’s possible that the team could choose to reach for him, as they have done so in the past for players like Anthony Volpe and Cito Culver.

Greene’s High School coach, Andy Wise, might have a connection with the Yankees. Wise was a member of the Chicago Cubs organization when Jim Hendry was there. Overall, I feel that Greene is a four-tool prospect and that it’s possible he shows more power as he continues to mature.