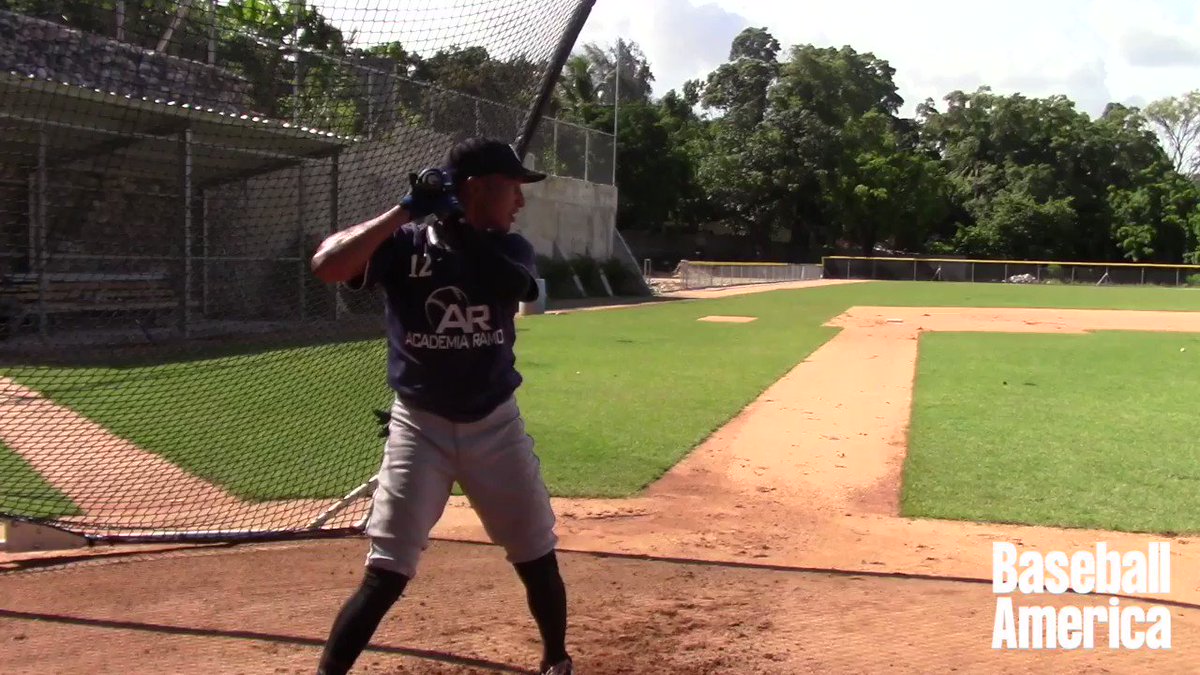 Today, Baseball America’s Ben Badler posted his 2020 International Free Agent preview article highlighting where several top prospects in the class are projected to sign once the period opens.  While there is still uncertainty on when that signing period will be opening there are several names that Yankees fans should get to know.

Montero stands in at 6’0. Hans is a right-handed batter. He has smooth actions in the field with soft hands. He has a 55 arm and projects to stay at shortstop. He barrels balls regularly and has gap power now, with the body to fill into above-average power. Montero goes the other way and rarely looks overmatched at the plate. He reminds scouts a lot of Everson Pereira when he was an IFA just the shortstop version.

Galiz is a 6’0 catcher with a strong lower half. The top IFA catcher on the market. Galiz is a right-handed hitter with an unbelievable ability to barrel balls out for power now. Evidence by him winning the home run derby at his academy with 18 home runs. He defeated a top 2021 prospect that we will talk about in our 2021 article in June. Galiz is a great receiver with a plus-plus arm. He rotates his hips well and is extremely accurate. Galiz is a leader behind the dish and will work wonders for Yankees pitchers.

Basallo is a big catcher with giant hands. He’s more of an offensive catcher now. His defense is a work in progress as he continues to refine his approach. Basallo compares favorably to Yankees minor league prospect Augustin Ramirez.

Fausto Sanchez is a 6’2 pitcher that has 4 pitches. He has a fastball that he can run up to 93 miles per hour regularly. Sanchez has a curveball that projects to be an average offering. His slider and changeup are still a work in progress, but both have the ability to be plus pitches. He has an easy delivery that looks like he’s just playing catch. Yankees have been the kings at velocity bumps so this may help Fausto sit mid 90’s. Fausto rotates his hips well and gets great extension which helps his fastball play up. This is the sleeper of the 2020 class.