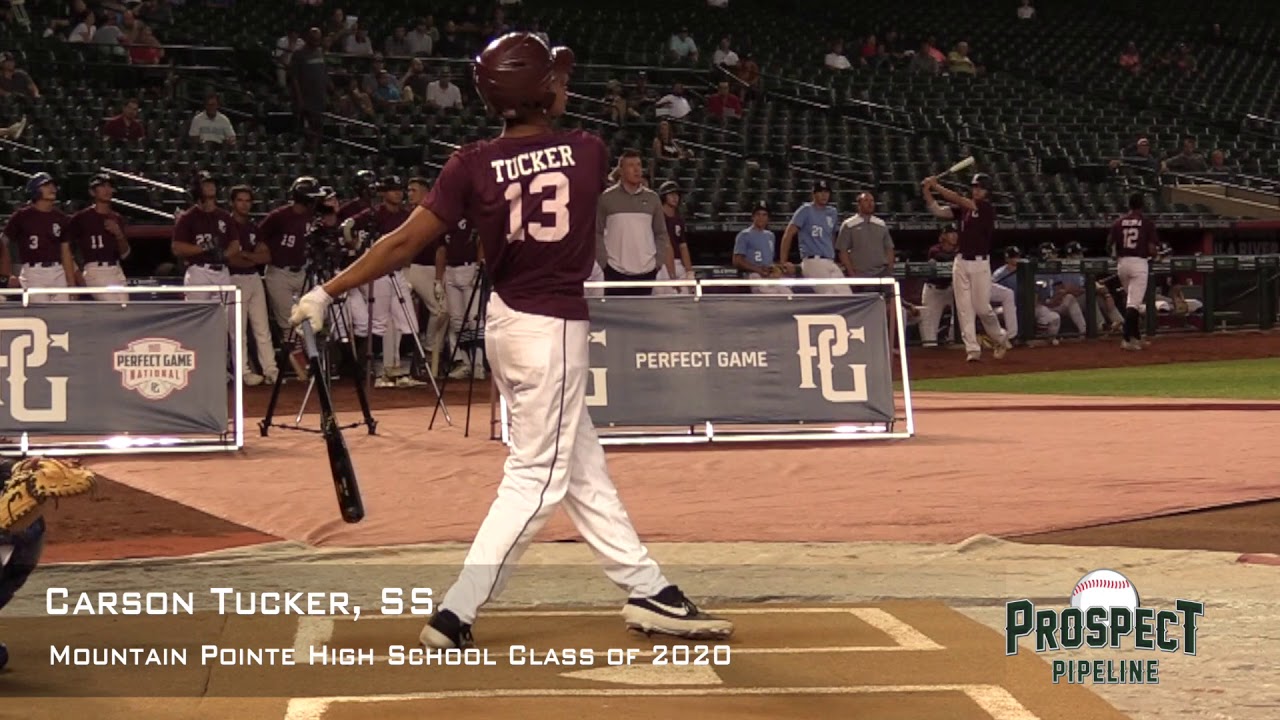 The Major League Baseball First-Year Player Draft is just a few days away now as the first round kicks off on June 10 at 7 PM ET (Yankees. The Yankees will have just three picks in this year’s shortened five-round draft, so they will have to be very precise in what they do with each pick. One option for them is the younger brother of Cole Tucker of the Pittsburgh Pirates, prep shortstop Carson Tucker out of Mountain Pointe High School in Arizona.

Cole was a first-round pick back in 2014 and he made his debut last year after being a top prospect in the Pirates’ organization ever since he was drafted. Carson is an outstanding prospect, but he is not ranked by many to be selected in the first round, but rather near 52nd overall or lower.

If the Yankees were to select him with their first-round selection, they would be banking on him signing as he already has verbally committed to the Unversity of Texas. This may sound familiar as the Yankees’ first-round selection last year in Anthony Volpe was ranked around the mid-’50s and ’60s prior to the draft and he had committed to Vanderbilt. Without further ado, let’s look into the younger Tucker brother further.

Carson Tucker was a four-year varsity starter in high school where he raked at the plate, not showing much pop in his bat, but a very keen ability to hit for average. He was able to get some playing time in prior to the pandemic sweeping the nation, being in Arizona, and he put up great numbers through the three games they were able to get in. He went 4-for-11 in those three games, two of those hits being home runs, and drove in five runs. In his sophomore and junior seasons, he hit over .400 and drove in over 20 runs in each of the seasons.

Tucker doesn’t have one ability that stands out but has a variety of tools in his toolbelt that together make for a well made up and steady ballplayer. He has very solid bat speed and has a proven ability to hit to all fields with even more of a tendency to go the other way. Like I mentioned, he has similarities to the Yankees’ first round selection last year in Volpe, and that is also evident in their approach at the plate. They are both steady players throughout every category with no glaring holes and also no one tremendous tool.

Going back to his bat speed, Tucker posted a bat speed of 64.99 at the 2019 Perfect Game National Showcase, which exceeded the 63.95 class average. He also shows excellent plate discipline and vision as he struck out just 18 times over 340 plate appearances in his high school career.

In the field, Tucker has the range, balance, and good hands to play shortstop full-time, but he will need to work on improving his arm strength to really stay there and not be forced to move to second base. Working on getting stronger and seeing his body fill out will not only help with his power and hitting numbers, but also with his ability to play the position. If he can do just that, he could also be seen as a versatile player who could slide over to second, if and when it is needed, with his range and comfortability in the field.

Tucker’s power is not something to write home about, but it will only improve more as he fills out. He received a below average 40/80 power swing grade on MLB.com. Since he is only 18 years old, this isn’t a long-term concern. For a hitter like he is, having at least average power is enough. Over the offseason, Tucker worked on getting stronger and his swing mechanics, which helped him increase his bat speed and power, as was seen in those three games he played before the season was cut short.

As I said in the opening, Tucker verbally committed to Texas back in 2018, which is a reason to stay wary of selecting him, especially in such a short draft. However, like with Volpe last season, using a first round pick on him might be exactly what gets him to skip school and sign with the Yankees or any other team that selects him. While it is a risk and uncertainty, it is something that could see a lot of rewards down the line when he moves through the system.

A good comparison to Tucker is current Yankee second baseman DJ LeMahieu. While they don’t play the same position, Tucker is a hitter like LeMahieu who can hit to all fields with not that much power. Even when LeMahieu got to the majors, he didn’t hit over 15 homers until he hit 26 last year in his first year in pinstripes. LeMahieu is taller at 6’4″, but they both have great range at their respective positions. Tucker has the makings to turn into a star or a solid trade piece for any team that selects him, including the Yankees.