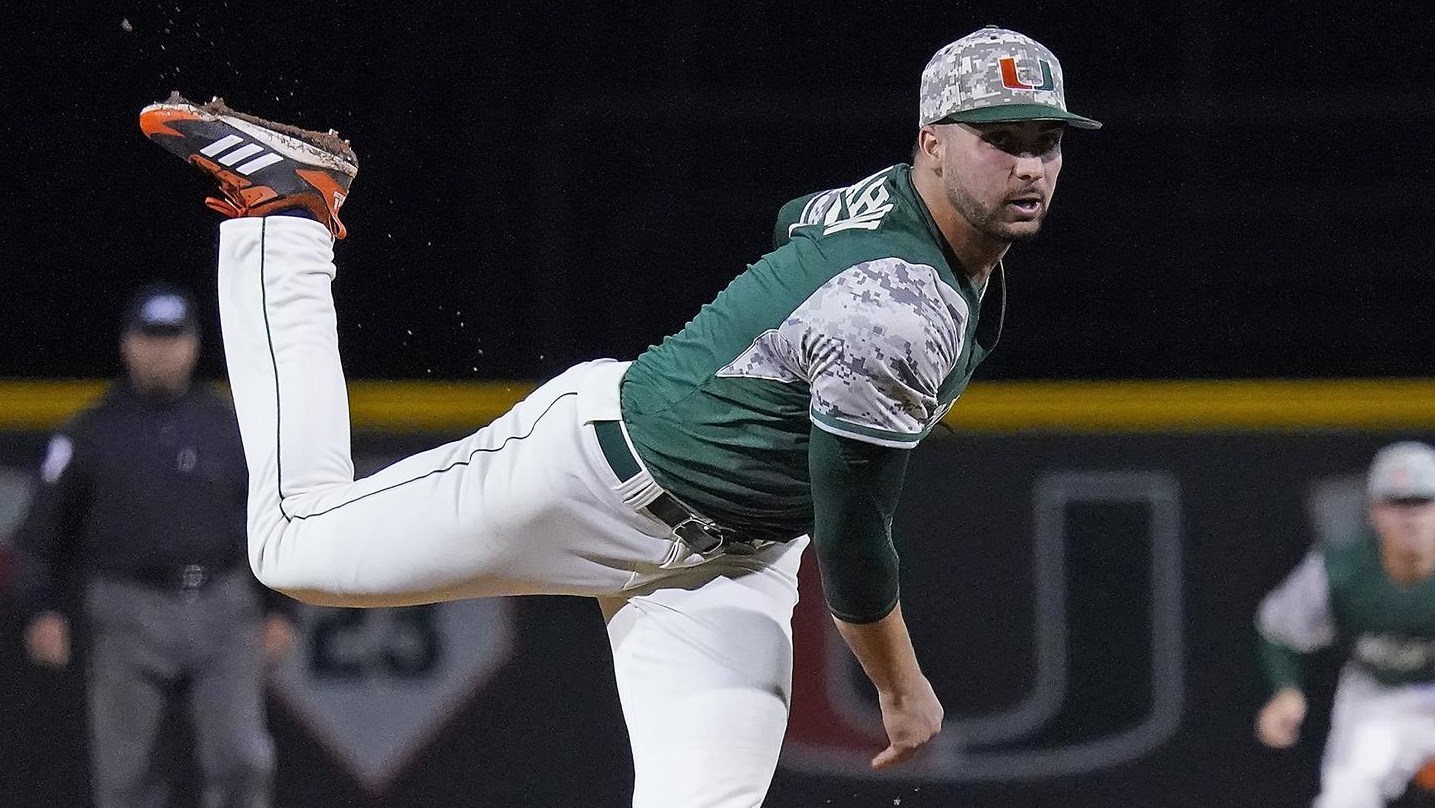 Chris McMahon was drafted in the 33rd round of the 2017 MLB Draft by the Atlanta Braves. His true talent was that of a pick in the first five rounds. McMahon was considered to be a top 100 draft prospect by most publications. His stock was high primarily due to a 95 mile-per-hour fastball and for his curveball, which has advanced spin.

McMahon’s stuff is even more impressive when you consider that he was a three-sport athlete who played in a cold-weather state. As a prep player, he played soccer, baseball, and baseball. McMahon opted against signing and enrolled at the University of Miami (FL).

Unfortunately, he only got to pitch 26.1 innings in his freshman year because he was recovering from offseason knee surgery. The surgery was done to repair a torn meniscus in his left knee. McMahon underwent the procedure in January 2018 and the injury kept him out of action until March 29th.

Obviously, his numbers showed an improvement, especially in regards to his strikeouts. With that being said, McMahon’s true breakout occurred during the summer when he played with Team USA. In 12 innings with the team, he had the most strikeouts (15) and the second-lowest ERA (2.25), which caught the interests of talent-evaluators scouting the games.

All of McMahon’s pitches have great movement which is why he’s been so good at preventing homers and why his K-rate has improved so dramatically. Overall, he has shown a great ability to limit homers. In 112 college inning, he only gave up four homers. This feature is an example of the type of content that Pinstriped Prospects Dugout Members receive.  Dugout Members get complete access to scouting reports, interviews, and more all with limited advertisements on the website. Click here to sign up!

Below is a video of McMahon pitching (courtesy of Perfect Game)

McMahon is ranked as the 23rd best prospect by CBS Sports, the 39th best by FanGraphs, and the 29th best by MLB.com.

Most mocks have him going around the Yankees pick, so it appears possible that the team would be in a good position to draft him. I feel that if they want a college starter, he would be a very good pick. After profiling guys like Clayton Beeter, Bobby Miller, Bryce Jarvis, and even Carmen Mlodzinski, I feel that McMahon might be the safest selection the Yankee can make. McMahon has a good combination of current stuff, upside, and track record.