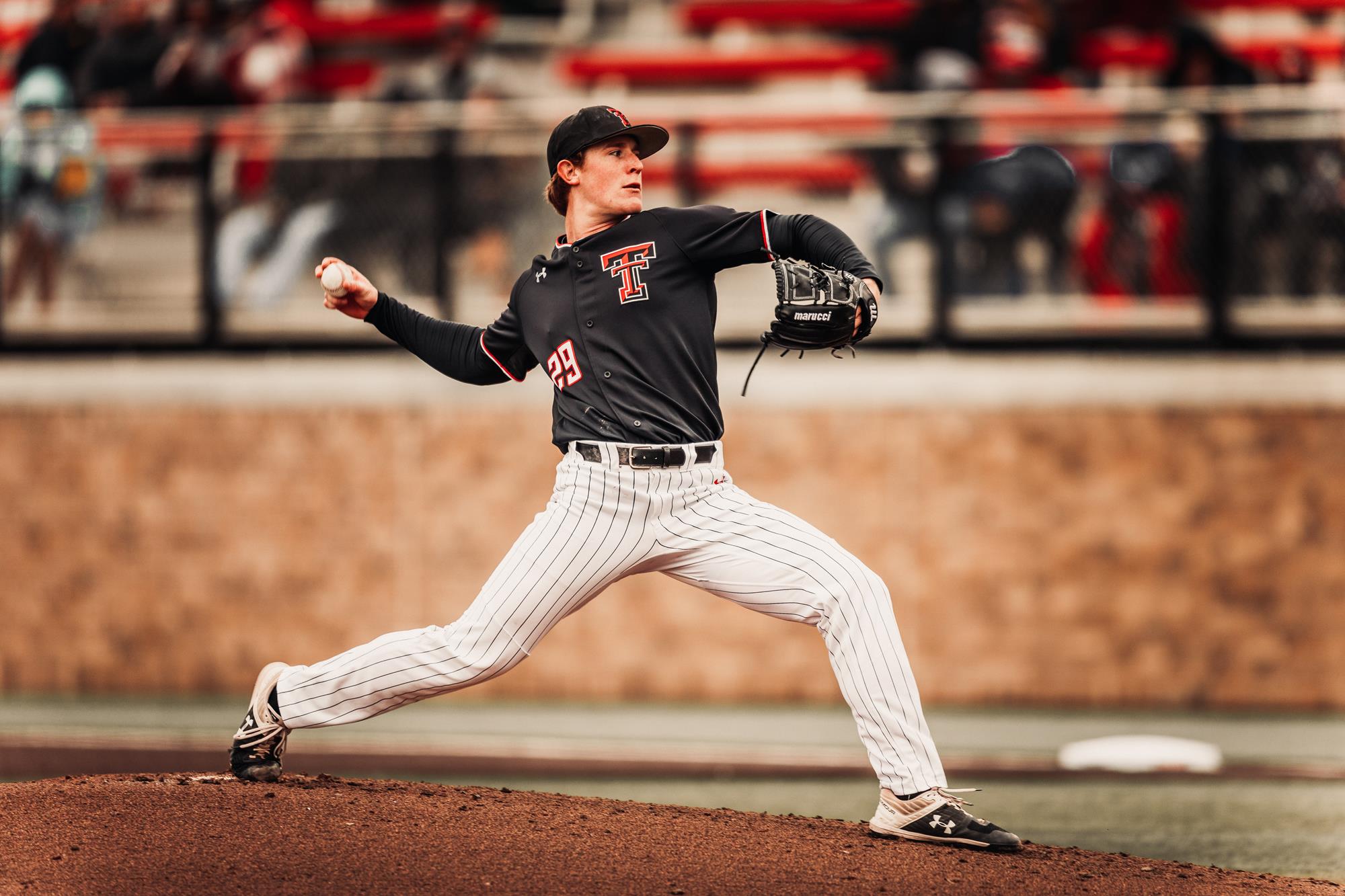 As a prep pitcher, Clayton Beeter was a bit of an unknown. He only started pitching as a junior in high school and did not have enough time to establish himself as a top draft prospect. Going into the 2017 MLB Draft, Perfect Game ranked Beeter as just the 125th best prep prospect in the state of Texas and he did not make Baseball America’s list of the top 500 prospects.

Beeter’s anonymity led him to go un-drafted, so he enrolled at Texas Tech. Unfortunately, his college career would get derailed almost immediately as he got injured before his freshman season. He had to undergo Tommy John surgery in December of 2017. Then to make matters worse, he had to undergo arthroscopic surgery on the same elbow in July of 2018.

When you factor the walks, his overall numbers do not really seem that great, but scouts were impressed with his stuff, and by his dominant strikeout total. At the end of the season he was honored with the following awards: Freshman All-American by Collegiate Baseball Newspaper and Baseball America Freshman All-America (second team), he was also a part to the All-Big 12-second team and was named to the Big 12 All-Freshman Team.

Based on his walk total it is hard to imagine Beeter moving to the rotation, but that is where he began his junior season, and that is where stock starting to take off. In an interview with Dailytoreador.com Beeter’s head coach, Tim Tadlock stated his confidence in Beeter’s ability to start, and why he thought it would work.

Beeter started for 21 innings this year and put up the following numbers: 2.14 ERA, 33 Ks, .810 WHIP, and a 1.7 BB/9. It is truly astonishing that he was able to reduce his walk rate by 7 walks per 9. It looks like Tadlock was right to thrust him into a starting role, as his control was surprisingly elite.

It is even more surprising when you hear him describe just how small the changes he made were. In an interview with Dan Zielinski of baseballprospectjournal.com, Beeter describes his adjustments as follows:

He (I) did not make any major mechanical adjustments, he said. Instead, he made “one or two” small tweaks to his mechanics from last season. He also has developed more comfort in his mechanics since his injury, as his delivery changed to more over the top following the surgery, he said.

His performance this past season has vaulted his stock all the way up to the first round. Which is incredible when you consider that he had virtually no track record coming into this season. This feature is an example of the type of content that Pinstriped Prospects Dugout Members receive.  Dugout Members get complete access to scouting reports, interviews, and more all with limited advertisements on the website. Click here to sign up!

Beeter was ranked as the 80th best prospect by Baseball America (subscription required), as the 121st best prospect by FanGraphs, and the 51st best prospect by MLB.com. Regardless of ranking,  it is believed that he is rising on draft boards. It would not be a surprise to see him go in the back half of the first round. It would be a risky pick for the Yankees in Round 1, especially when you consider just how deep this draft is with college pitchers. With that being said, I think the worst-case scenario is that he might end up in the bullpen due to his command. If that were to happen, he could be an exceptionally good reliever.

I do not think it would be terrible taking an elite reliever at the back of the first round. The Yankees used their first pick in the 2014 draft on Jacob Lindgren (2nd round pick) because he was an elite reliever, so I don’t think that the fear of Beeter being a reliever will necessarily scare the team.