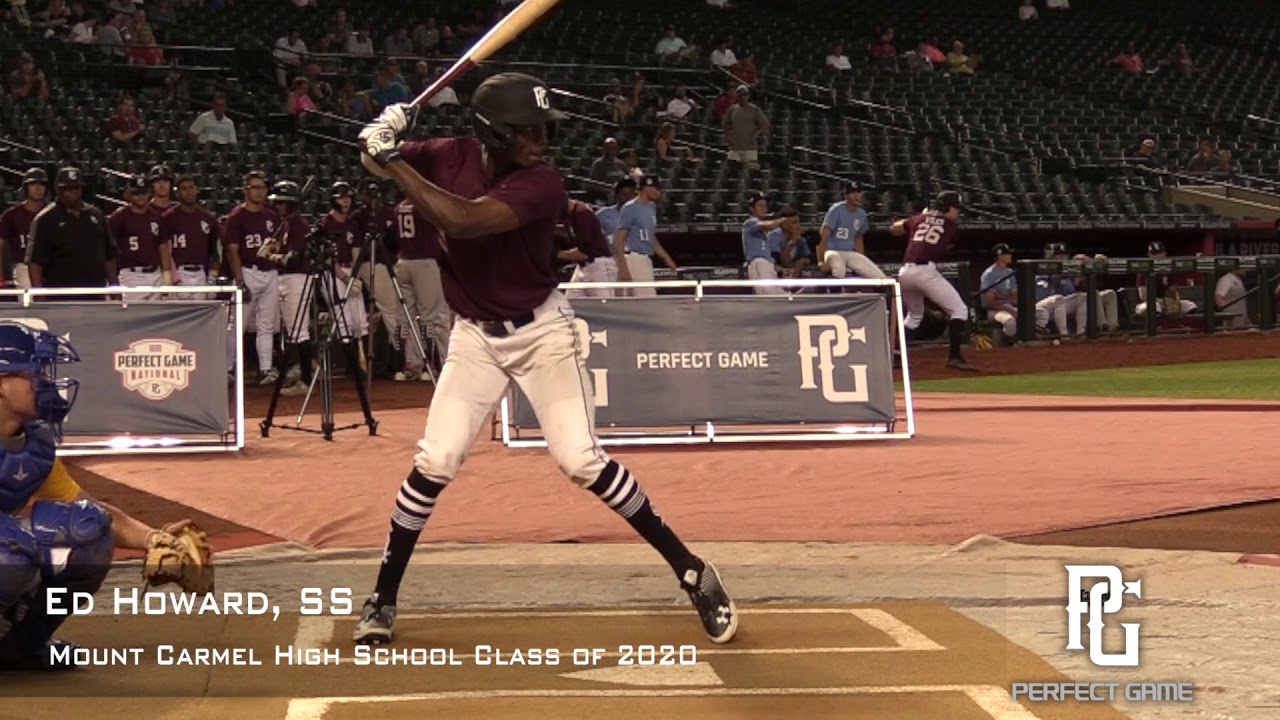 Despite no baseball currently in play, we can still look forward to the 2020 Amateur Draft. With that being said, it is time to take a look at possibilities for the New York Yankees’ 2020 Draft Picks. Since the Yankees will have limited picks because of signing Gerrit Cole, they have to make every selection count..

One young player that may be on the Yankees’ radar is Ed Howard, a talented shortstop out of Mount Carmel High School. Many consider Howard as the best high-school shortstop in the 2020 draft (and a likely first round pick) and some may even remember him from the history making Jackie Robinson West team during the 2014 LLWS.

Howard, a 6’2″, 185 lb. shortstop with the ability to glide around the infield while remaining deliberate with his actions so as to resemble a pro-ready player, has verbally committed to play baseball at the University of Oklahoma. In his 2018-19 season, the most recent season we have of him from High School due to COVID-19, he hit .419 with three home runs and 29 RBIs in 101 plate appearances. Howard has an overall balanced game mixed with explosiveness and and athleticism in a body that will continue to fill out as he gets older and stronger.

Howard has some promising peripheral numbers going for him as well. He stands in the 98th percentile in Max Barrel Speed at 80 miles-per-hour, whereas the class average stands at 66 MPH. He is also in the 98th percentile in Impact Momentum, which is the momentum your bat has at impact. It’s a combination of the barrel speed at impact and the weight of the bat. Lastly, he is in the 95% percentile in Max Acceleration, which is the acceleration the bat experiences during the swing, measured in “g’s”. The acceleration is not how fast the bat is moving; that’s barrel speed. Rather, this metric determines how quickly you can reach that top speed. These numbers are courtesy of Perfect Game.

Much like Clint Frazier, he has lightning quick bad speed as he quickly loads before coming through the zone to meet the ball with quick yet powerful force. The difference between Howard and Frazier, however, is that Howard is not only slightly bigger than Frazier, but is also better at fielding his true position. As we know, Frazier is not the best when it comes to being a defensive outfielder.

When it comes to the Yankees and the draft, we know they have an inclination to go after high school talent. In the case of Ed Howard, not only is he a talented player, but he is a good student with a straight head on his shoulders. You can learn more about him in an interview with Jim Thome that he had on June 5, courtesy of MLB Network. Beyond just his personality, the Yankees don’t have a long-term answer at shortstop right now. If the Yankees were playing today, the starting shortstop would be Gleyber Torres (or maybe even DJ LeMahieu).

I’ve written extensively about my fears in regards to Torres as an everyday shortstop. While the Yankees may look towards pitching in the draft, I’d like to see them take a chance on Howard. He has the raw skillset to become a very good player in the Major Leagues and he could be a long-term answer at shortstop, if the Yankees want to take that chance. After all, he may be the first high school position player out of Illinois taken in the first round since Jayson Werth in 1997, so his talent is hard to pass up.