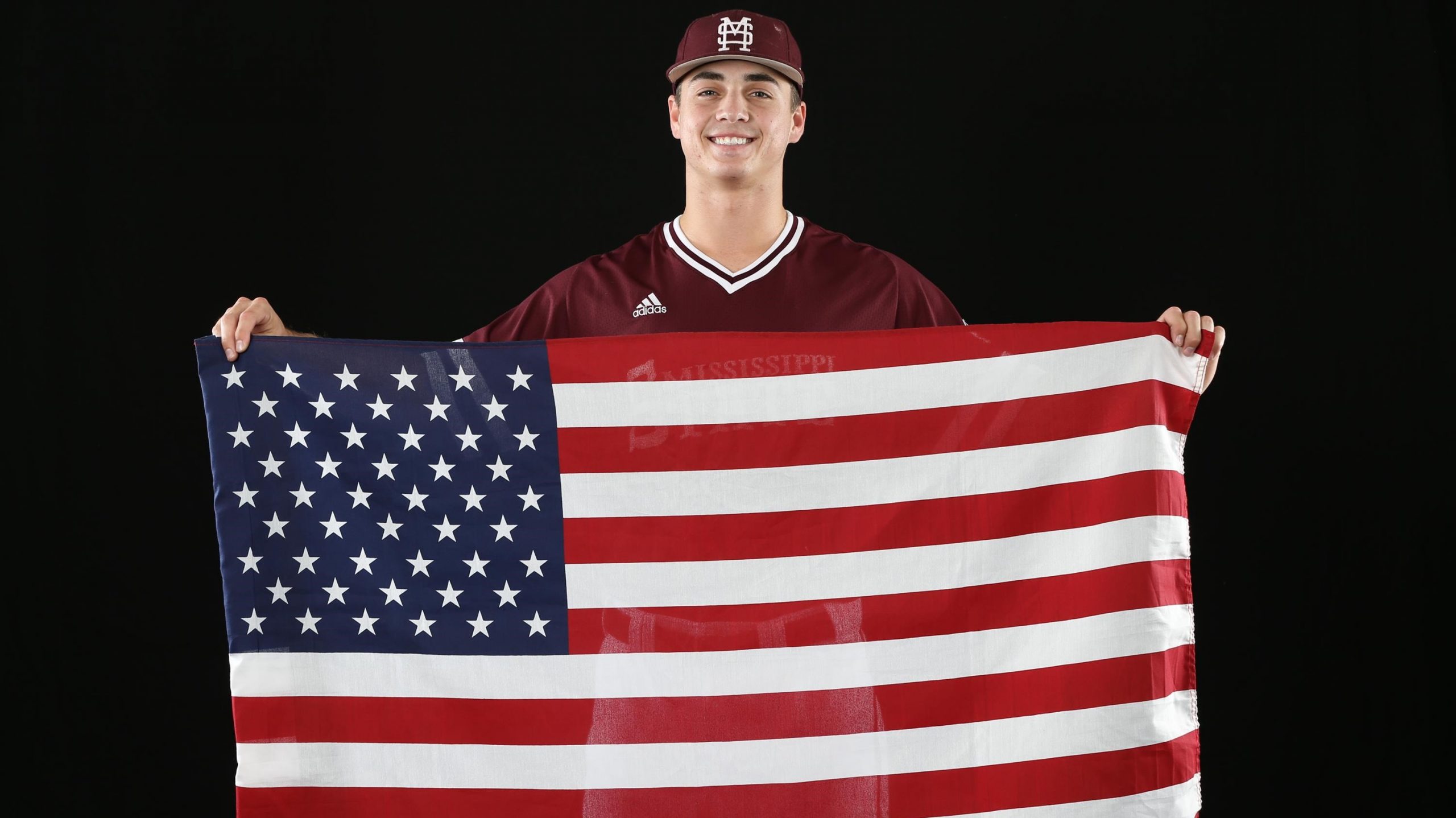 J.T. Ginn is one of the longest established prospects in this year’s draft as he has been a top-rated pitching prospect since high school. Going into the 2018 draft, Ginn was routinely ranked as a top 50 draft prospect.  Ginn’s pedigree led to him being selected by the Dodgers with the 30th overall pick. The Dodgers were unable to sign Ginn and he enrolled at Mississippi State, where his stock continued to grow.

His college’s official website, Hailstate.com, noted that he was awarded several accolades for his strong performance. Some of these awards/achievements include Co-National Freshman Pitcher of the Year by Collegiate Baseball Magazine (joining Rafael Palmeiro as the only winners of this award Mississippi State History), Perfect Game’s Freshman of the Year. He was also named SEC Freshman of the year and was a member of the SEC All-Freshman Team.

Ginn came into the 2020 season as one of the best draft prospects in baseball. Then, news broke that he would require Tommy John surgery, and his stock took a big hit. He’s still a potential first-rounder but is now projected to be selected in the back-end of the first round. This feature is an example of the type of content that Pinstriped Prospects Dugout Members receive.  Dugout Members get complete access to scouting reports, interviews, and more all with limited advertisements on the website. Click here to sign up!

Despite his injury, Ginn ranked highly across most scouting publications. He was ranked as the 44th best prospect by MLB.com, 24th by CBS Sports, 23rd by Baseball America (subscription required) and 25th by FanGraphs. Ginn would never fall to the Yankees if he were healthy, so if he does fall to them now, he would a very tempting pick.

The Yankees took a similar risk when they drafted Clarke Schmidt in the 1st round back in 2017 out of South Carolina, but there were some key differences. The biggest difference is the pandemic and the fact that it gave Ginn another year of sophomore eligibility. This means that Ginn has plenty of leverage in contract negotiations. Considering the Yankees have a shallow draft pool this year, they might not be able to afford Ginn.

There are also disparities in their actual scouting reports. They both had plus fastballs before their respective drafts, but Ginn has an additional plus pitch (slider) while Schmidt just had the one. None of Schmidt’s secondary pitches were as good as Ginn’s slider. With that being said, Schmidt does have a deeper arsenal. Schmidt throws all the pitches that Ginn does, plus an above-average curve. Schmidt’s worst pitch, his changeup, is graded as high as Ginn’s changeup.

The two also have a few similarities besides for their elbow injury. Both pitchers have good control of their pitches. Neither pitcher walks too many hitters. Another shared trait between the two is/was the fear that they were not going to be very durable and would need to move to the bullpen. Schmidt is a bit smaller than Ginn’s listed peripherals, so it makes sense that he has the same questions regarding his size.

Overall, the Schmidt pick looks very good and I wouldn’t mind the Yankees choosing to go that route again. It won’t always work, but it’s not like there are any risk-free picks for the Yankees, or any team, to draft.