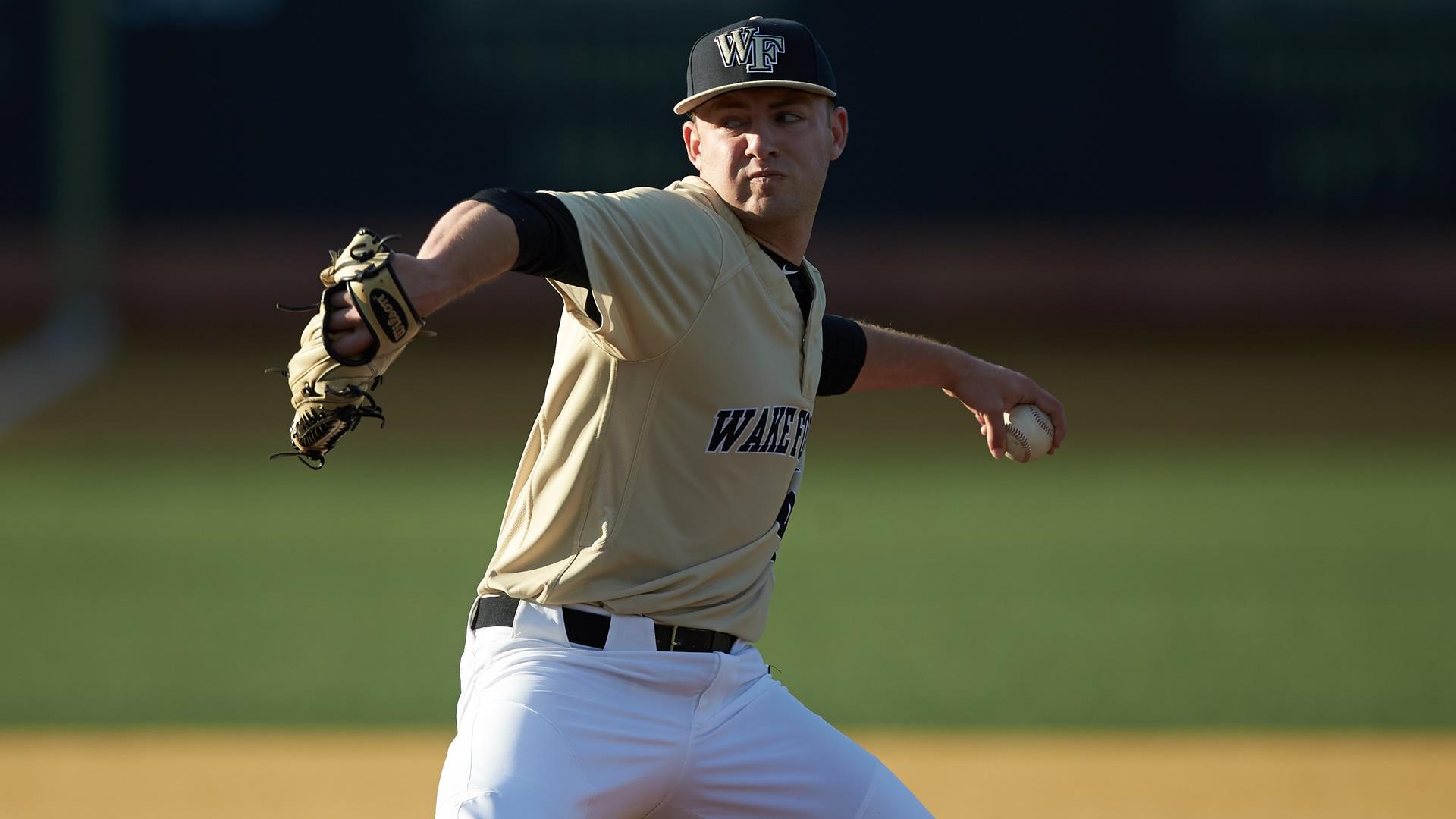 If you are looking for one weakness in the New York Yankees organization, it might be left-handed pitching. According to our Top 50 prospects list (Dugout Membership required), only one player on that list is a left-handed pitcher. That pitcher was T.J. Sikkema, taken with the 38th pick a year ago.

While you don’t always address need in the MLB draft, one option that can be available is a southpaw at Wake Forest University, Jared Shuster. Shuster is 6’3”, 210 pounds, and has had a losing record (6-8) in 41 career appearances (22 starts). However, his emergence in the summer of 2019 in the Cape Cod League helped to boost his value.

With the Orleans Firebirds last summer, Shuster went 4-0 with a 1.41 ERA in seven starts. In 32 innings of work, he allowed only five runs and had 35 strikeouts to 5 walks in 32 innings of work. That success carried over to his junior year, which was cut short due to the COVID-19 pandemic.

In four starts this year with the Demon Deacons, the 21-year-old had a 3.76 ERA (2-1 record) and had 43 strikeouts to four walks over 26.1 innings. His final start of the year came on March 7 against Louisville when he went up against Bobby Miller and held his own. He went 7.1 innings, allowed a run on four hits, walked a batter, and struck out 13 on 99 pitches in a no-decision.

Shuster had a rough ERA in 2019 (6.49) but still managed to put up high strikeout numbers. His 94 K’s were the sixth most of any pitcher in the ACC. That number was five higher than Slade Cecconi and eight more than Miller, both of whom are possible first-round picks.

On MLB.com’s list of the top prospects in this draft, Shuster is listed as the 78th best player and the tenth best left-handed pitcher in this class. With the Yankees not having a second-round pick, they might have to hope he drops to the third round in order to take him. Here is some of what they wrote about Shuster’s arsenal:

“Shuster operated at 88-92 mph as recently as last summer but pushed his fastball to 92-94 mph with a peak of 97 this spring, having more success with a riding four-seamer than he did with a sinking two-seamer. His changeup remains his best pitch, sitting around 80 mph with tumble, and he has the confidence to throw it in any count.”

Ralph Lifshitz of Prospects Live has video of Shuster’s performance down in the Cape Cod League that includes some of his slurveball that he brings to the mound:

One thing that Shuster will have to continue to improve on at the professional level is the number of wild pitches he threw in college (16) and he did allow 23 doubles last season, which is high against quality competition in the ACC.

Even though Shuster is a junior and could always return to Winston-Salem next spring, it is highly likely that he is going to be picked at some point in this draft.

If the Yankees do decide to go with another left-handed pitcher early in this draft, Shuster would not be a bad selection to go with given that he continues to get better.