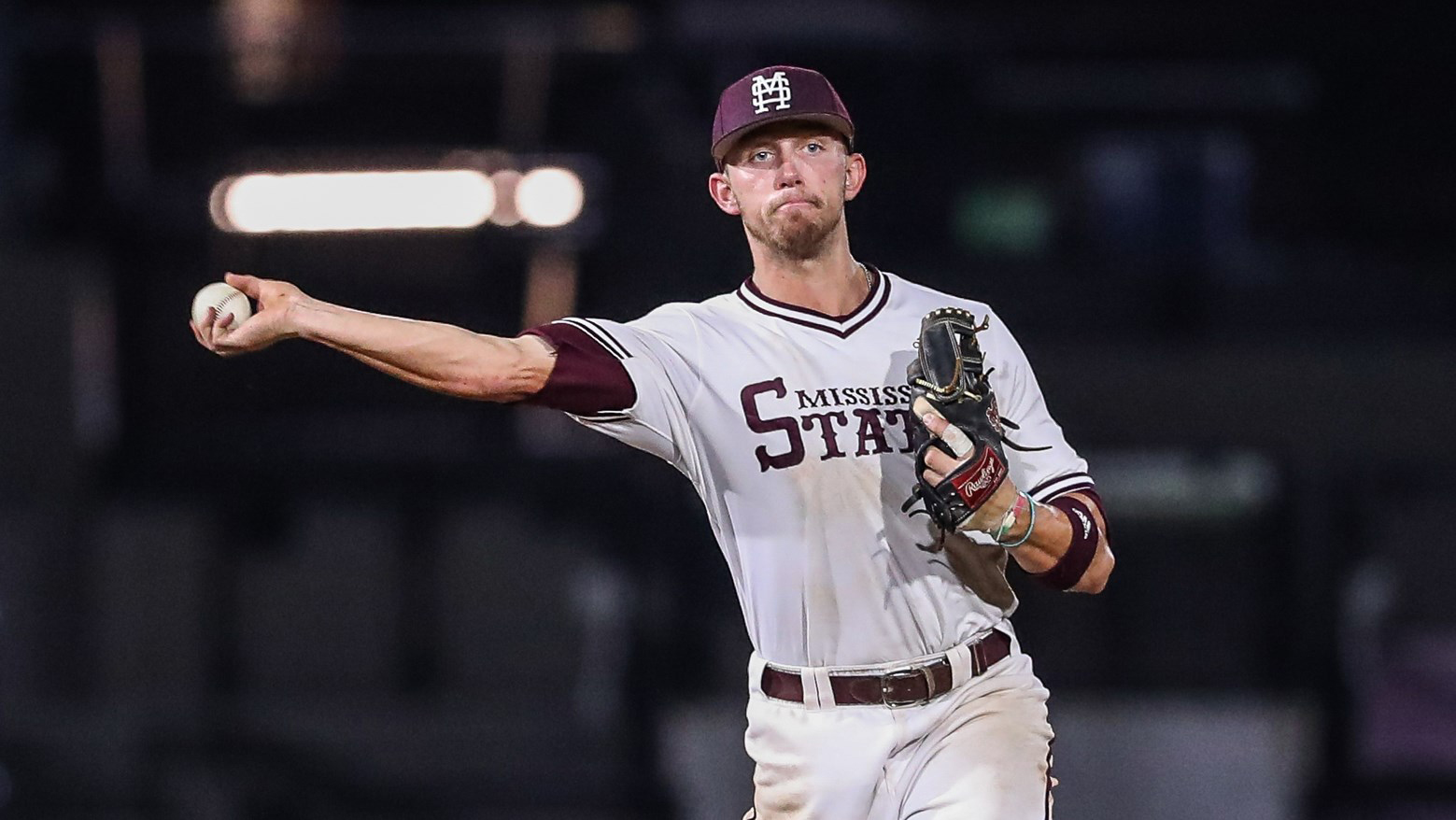 In some ways, Jordan Westburg is very similar to his college teammate, Justin Foscue. They both entered Mississippi State as relatively unheralded recruits that have turned themselves into top draft prospects. With that being said, Westburg wasn’t entirely unknown coming into school. Prior to the 2017 MLB draft, Westburg was ranked as the 262nd best prep prospect by Perfect Game. But his status as a player has really grown over the past few years and he is now considered to have one of the highest upsides of any college infielder.

Westburg’s upside wasn’t immediately apparent as he merely had a decent college debut. He started 42 games as a freshman and put up the following numbers: .248/.319/.388. He also had 11 doubles, two homers, 10 walks, and 35 strikeouts. While the overall numbers don’t look great, Westburg made some significant strides as a freshman.

Westburg started the season dreadfully. After two months of play, he had a meager .216 average. Then, his coach sat him out for five straight games. Instead of playing those games, Westburg worked on creating a more compact swing. The five-game layoff paid off immediately. He had six hits in his next 13 at-bats and his average rose from .216 to .253. In addition to working on his swing, he always began to focus on being more patient at the plate. Unforgettably, he couldn’t keep his momentum going as he endured a hamstring injury. The injury cost him two weeks, but when he returned, he continued to show improvement from his early performance.

Westburg demonstrated the ability to be coach-able his freshman and make adjustments when needed. In an article by Tyler Cleveland of Mississippi Clarion Ledger, we hear from his coach Gary Henderson, about his ability to make adjustments.

Henderson states: “We know those guys in a real way in terms of who they are and how they respond,” Henderson said. “The things that he’s had to make adjustments on are areas that he’s needed to grow in, and he’s done a wonderful job.”

After his freshman year, Westburg went on to play summer-ball. In 21 games in the Perfect Game Collegiate Summer League (PGCSL) Westburg was much more impressive. In those 21 games, he produced the following slash-line: .368/.505/.539. He also hit one home-run, 10 doubles. Furthermore, he showed much better plate-discipline as he had 17 walks versus 16 strikeouts.

Westburg would continue to improve in 2020. He was only able to play in 16 games due to the pandemic, but he was on pace to have his best college season. His stats over those games were as follows: .317/.432/.517. He also had six doubles, two homers, six walks, and 15 strikeouts.

Westburg’s strengths and weaknesses over his college career are pretty clear. It’s easy to see he has good power, even if it is more double orientated right now. It’s easy to see he has problems making contact. Yes, his strikeout rates have gone down from 25% as a freshman to 21% as a sophomore to 20% as a junior. He’s improving on his weakness, but there is still some fear that he will strike out too often to utilize his power. This feature is an example of the type of content that Pinstriped Prospects Dugout Members receive.  Dugout Members get complete access to scouting reports, interviews, and more all with limited advertisements on the website. Click here to sign up!

Westburg is ranked as the 37th best prospect by MLB.com, the 45th best by CBS Sports, and the 30th best by FanGraphs.

People like to compare him to his teammate Justin Foscue and the general consensus is that Foscue has a safer floor, but Westburg has a higher ceiling. The same can be said about other infield prospects. He has more upside than most of my profiled infield prospects. It’s just a matter of it he learns better plate-discipline and can reduce his K-rate.

Westburg is projected to go in the late first-round or early second-round. So, he could be available for the Yankees to select him, I feel like he could be a player they would draft because they value high exit-velocities and Westburg’s number was legitimately great. Westburg also did well at his time in the Cape, which the Yankees seem to appreciate. So, it’s possible that he’s on the club’s radar.