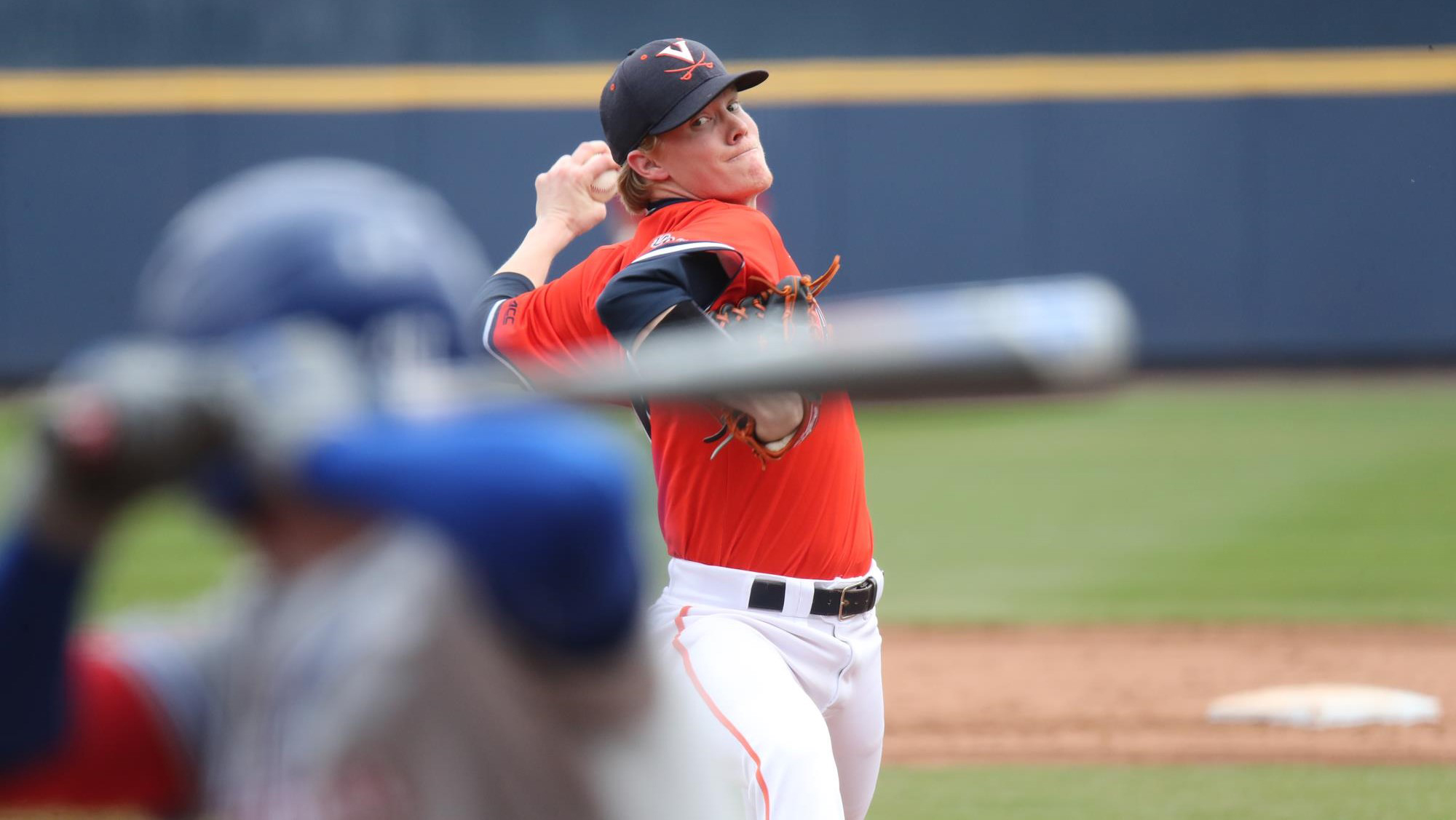 Despite no baseball currently in play, we can still look forward to the 2020 Amateur Draft. With that being said, it is time to take a look at possibilities for the New York Yankees’ 2020 Draft Picks. Since the Yankees will have limited picks because of signing Gerrit Cole, they have to make every selection count. A left-handed pitcher out of the University of Virginia, Andrew Abbott, is likely a second round option. However, New York does not have a second round pick.

Abbott, of course, chose to forego the offer from the Yankees and begin a three-year college career at the University of Virginia. He came out of the gate hot, being the first UVA Freshman to be named Baseball America & Collegiate Baseball Newspaper Freshman All-American since 2015. As mainly a bullpen arm, he had 6 saves, which all came in appearances of three innings or more. He struck out 74 batters, good for third-most in the ACC and sixth-most in the NCAA, He struck out 5 or more batters in 9 of his 24 appearances and was on the mound for 4 of the team’s 7 shutouts on the 2017 season, not such a bad start.

Abbott hit the slightest of road bumps in his sophomore year, losing a bit of his dominant edge, albeit it for just a season. In 2019, he struck out 59 batters in 44 innings while tallying a 3.89 ERA.

He did play with Team USA in 2019, and led the pitching staff with seven appearances, combined for two shutouts, and was credited with one save. It’s worth noting that Abbott is an Academic specimen as well as an athletic one as he was one of five Cavaliers named to the ACC All-Academic Team and was also listed on the ACC Academic Honor Roll.

Finally came Abbott’s Junior Year,  where he was ranked No. 7 in D1Baseball.com’s Top 50 relief pitchers in college baseball (subscription only). He appeared in nine games, all out of the bullpen, good for the second-most appearances on the staff. In those appearances, he posted a 1.35 ERA, which was the lowest among UVA relievers, and fifth-lowest among ACC relievers with 10 or more innings pitched.

He also had a stint in the Cape Cod League, striking out 13 batters and recording a 1.74 ERA in 20.2 innings pitched. Apart from that, he played with the USA Baseball Collegiate National Team in 2019. Check out some video of Abbott courtesy of 2080 Baseball

He showcases his quick fastball in conjunction with his sharp curve that keeps hitters off-balance. The arm movement on both his fastball and curveball seems to be similar enough to the point where he isn’t tipping too much, and he does a good job of getting a lot of his strength from his legs.

Due to being mainly a relief pitcher, he hasn’t developed a full arsenal such as a starting pitcher. However, if he can further perfect his two-pitch approach, then that may be good enough to make an impact on the big-league level. What may make him a little less valuable is the new three-batter minimum, but Abbott has shown signs of doing well in longer stints.

Abbott’s biggest drawback is easily is his size at six feet and 180 pounds. Ideally, you’d like your lefty bullpen arm to be about 6’3″ and about 195-200 pounds. He isn’t the biggest player in the draft, especially as a pitcher. Nonetheless, he does a really good job of mixing his two best pitches to strike guys out. Out of the bullpen, it’s about keeping hitters off balance and being able to rack up strikeouts. As the Yankees need to one day fill holes in their bullpen once Zack Britton moves on, Andrew Abbott could be a much-needed addition to a future Yankees bullpen.