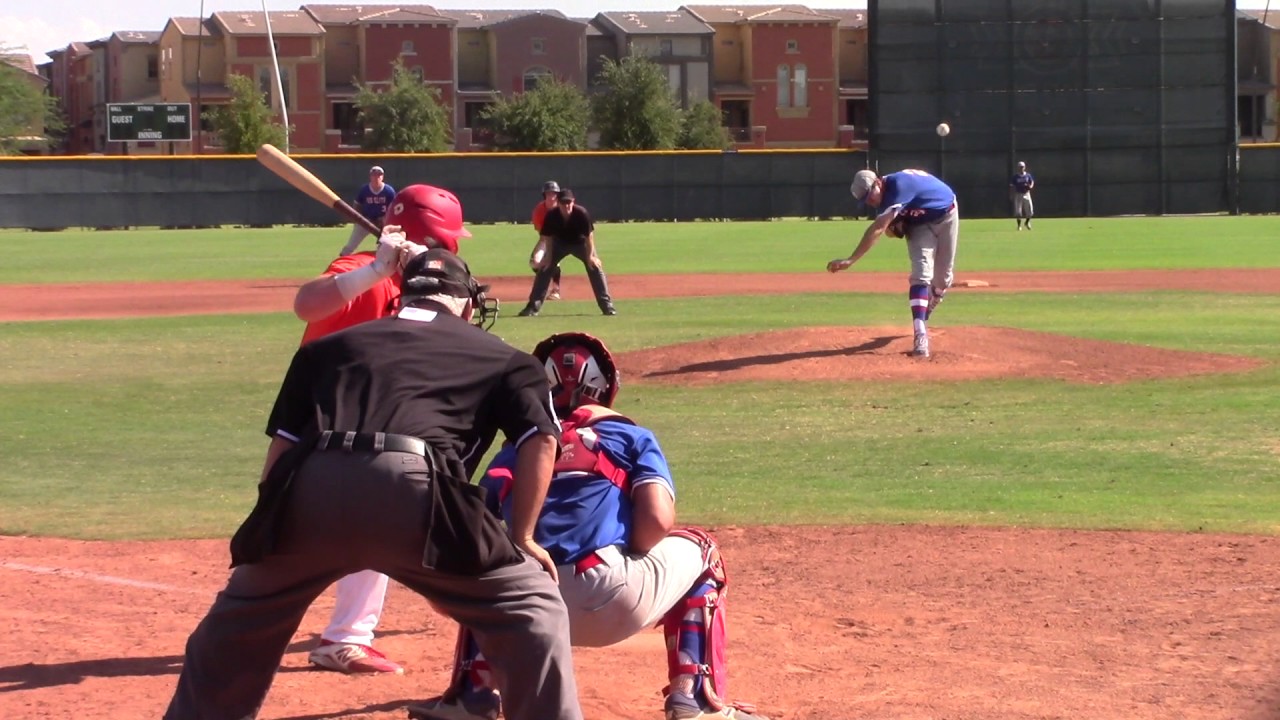 Luke Little recently accomplished the impressive feat of raising his draft hype in the middle of the COVID-19 pandemic. In late April, Little posted a video of himself on Twitter throwing up to 105 miles-per-hour.

In the video, we see that Little threw a few consecutive fastballs reaching 102 MPH. His tweet created a lot of reaction as it received over 1,000 retweets and over 6,500 likes. He clearly opened a lot of fans’ eyes with that video. Little’s journey to becoming the hardest player in the draft was the result of years of focused physical conditioning.

Little’s first known velocity reading (79 MPH) came when he was a high school sophomore. His first available scouting report was in 2016 and was referenced by Prep Baseball Report. The report states that Little was 6’7 and 225 pounds as a high school junior. His scouting report also indicates he struggled with his mechanics and as a result, his velocity would fluctuate.

As a senior, Little grew to 6’8″ and 230 pounds and his fastball started to reach 87-90 MPH. This created sub buzz heading into the spring of his senior year. Scouts noted his fastball was erratic and occasionally fell into low 80’s. The reason for this was that Little had difficulty maintaining good mechanics with his large frame. His inconsistency was partially responsible for him going undrafted in the 2018 MLB draft.

After that draft, he started to improve. After the shape of his delivery was much improved and he began throwing 90-92 MPH. He still wasn’t showing much stamina, but the velocity was starting to emerge. He was demonstrating a sweeping slider that had good depth and sat 79 MPH.

After the draft, and after his velocity surge, Little decommitted to the University of South Carolina. Instead, he opted to attend San Jacinto Junior College (SJJC), so that he can re-enter the draft right away.

Here is what Prep Baseball Report had to say about the improvements he has made:

“Luke’s biggest contributing factor coming to San Jac and improving velocity was improving his physique. He was a bit soft-bodied with a lot of room to grow, it was always in there. In high school, he was a two-way guy. Loves to hit and is pretty good with the bat, surprisingly enough. But the true focus of learning how to stay in line and finishing out front made a huge difference. He was never a weighted ball guy, never touched one in his life. When we recruited him, he sat 91-94 through four innings in Georgia at Lakepoint. He gassed out in the fourth. Like he took a shower on the mound. Woody (Williams) did a tremendous job teaching him how to pitch and use his lower half down the slope. He was all arm. Once he became repetitious in that, his velocity jumped. On the back end, 96-98+. However, as a starter, he will pitch 93-94 and use his power as needed. He has started tinkering with weighted balls and more advanced body movements. He’s nowhere near being done developing.”