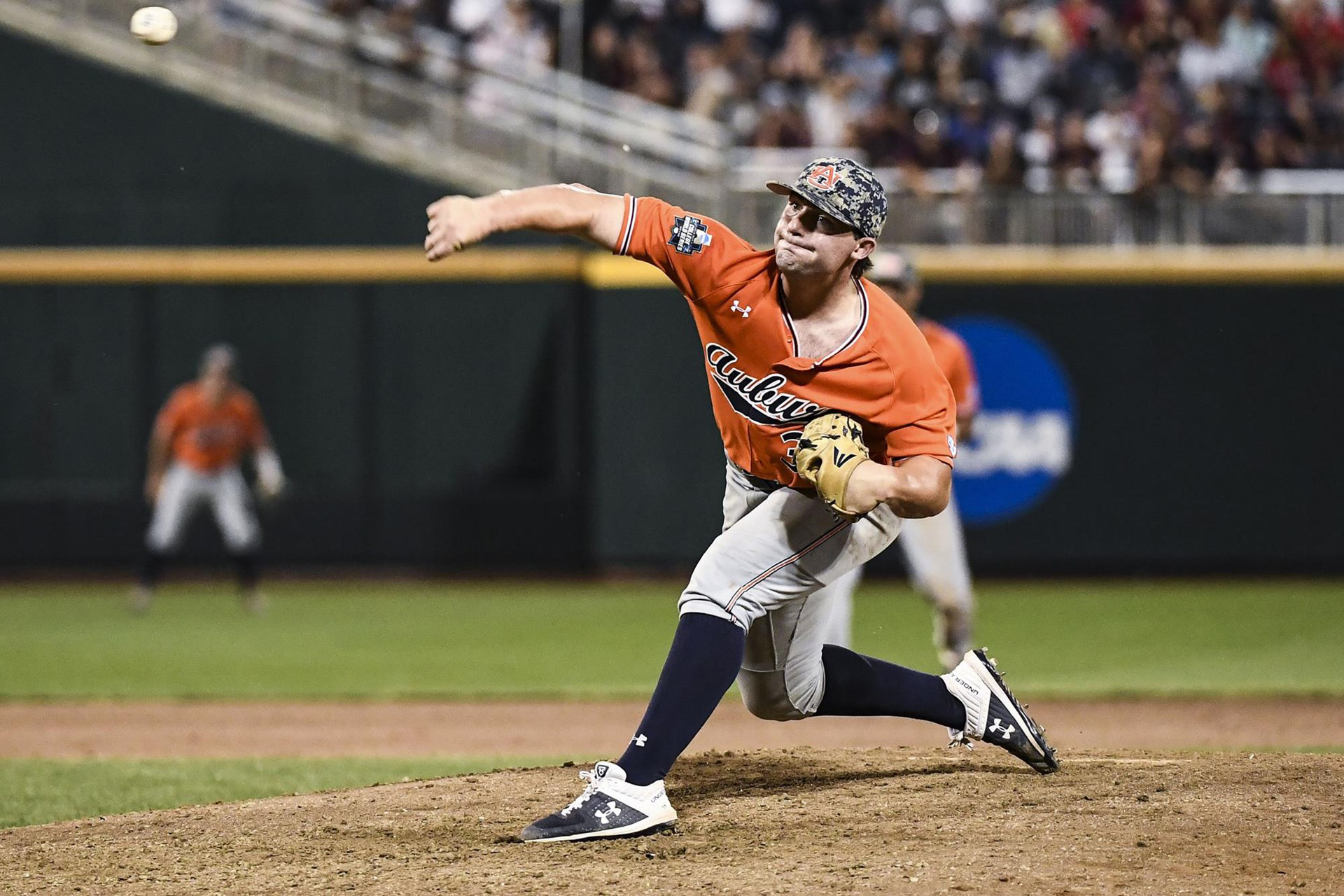 On May 1, Pinstriped Prospects had the opportunity to participate in a creative 3-round MLB Mock Draft run by Prospects Live. Each team had a representative and it featured some of the top people that write about the MLB Draft and the minor leagues in general. For the Yankees, the representatives were me and Kyler Peterson.

For this exercise, the Yankees had 2 picks. There were no bonus pool money rules, so we could pick any player we wanted. After deliberating during the week, Kyler and I made the choice to select Auburn right-handed pitcher, Tanner Burns. Burns fell to us and I think this would be a safe pick if the Yankees go that route next month in the draft.

The Yankees have some familiarity with Burns as they selected him in the 37th Round of the 2017 MLB Draft, but Burns elected to go pitch in the SEC. Last season, Burns had a strong sophomore year for the Tigers. He was 4-3 with a 2.73 ERA in 15 starts and had 100 strikeouts to 21 walks over the course of 79 innings.

On their current list of the top prospects in this year’s draft, MLB Pipeline has Burns ranked as the 29th best prospect in the class, so if the board went in order, he would be available when the Yankees have the 28th pick in the 1st Round. They tend to view him as someone Yankees fans might be familiar with:

“Though there’s no projection remaining in his 6-foot frame, his proponents see some similarities to another former Southeastern Conference star, Sonny Gray. If he can stay healthy and maintain his stuff throughout the season as a junior, he could go in the middle of the first round like Gray did in 2011.”

Burns has a fastball that is usually between 92 and 95 miles-per-hour, but it can go up to 96 mph. He accompanies that with a curveball and a changeup, which is considered his third pitch. Here is video of Burns from last season courtesy of Kyler over at Prospects Live:

The key thing to look at with Burns is he has improved from being a freshman to a junior at Auburn. As a freshman, he was pitching in a rotation that was headlined by Casey Mize and now he is one of the main pitchers in the Tigers rotation in a tough SEC.

Last year, the Yankees went with more of deception when they took TJ Sikkema with the 38th pick out of Missouri. It shouldn’t surprise anyone if they go with more of a power pitcher this time around in Burns, add another strong right-handed arm to the system, and a pitcher who has a very high floor in an unpredictable draft.

Back in 2017, John Sickels of Minor League Ball had Burns projected as a number three starter or a power bullpen arm. If that is the case, the Yankees could sign up for getting a pitcher of that caliber at the back end of the first round. With a limited amount of picks, going the safe route could be the way to go.