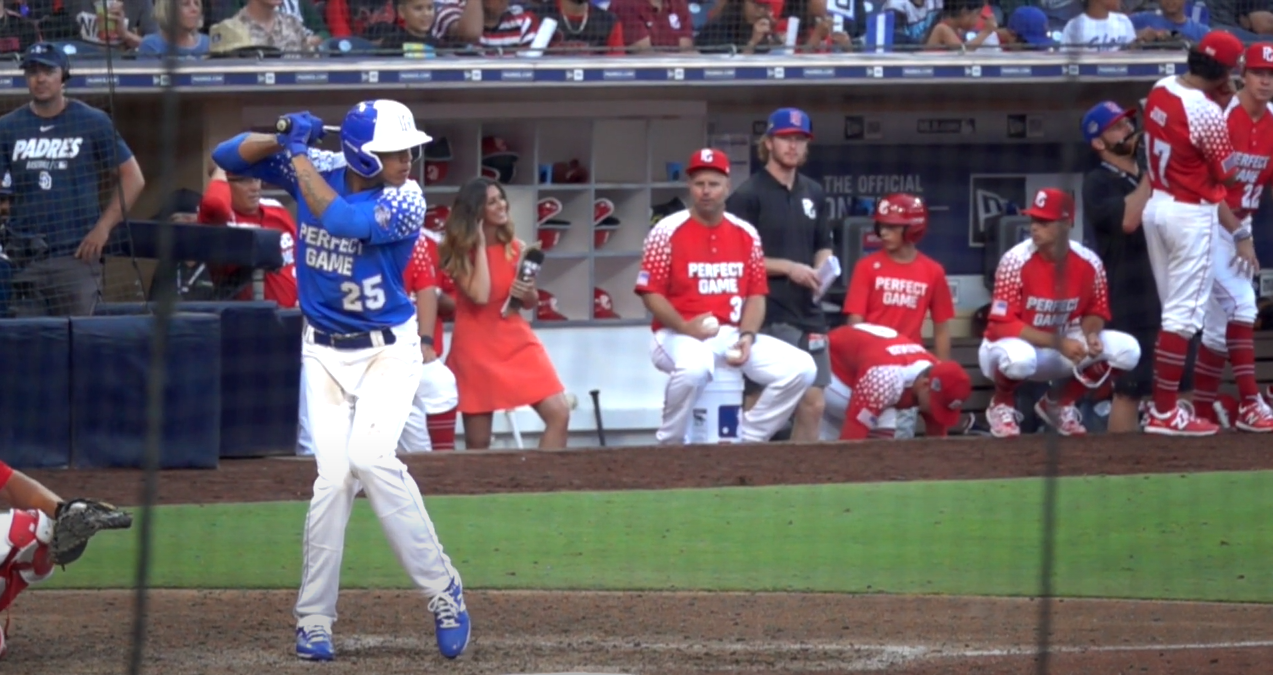 Yohandy Morales’ father was former Cuban baseball star and Yankee minor leaguer, Andy Morales. Andy played on the Cuban National Team from 1993 to 1999 before defecting and signing with the Yankees for $4.5 million. However, his tenure with the Yankees did not end well. Morales only lasted a year in the Yankees organization due to his struggles at the plate and the fact that the Yankees learned that he lied about his age.

The Yankees cut Morales in 2001 and attempted to void his contract. He would receive another shot in 2002 with the Boston Red Sox, but failed to ever get past Double-A. After the 2002 season, his professional career was over.

When the Yankees initially signed Morales, they thought he had the ability to take over for Scott Brosius within a year. He was expected to develop into a top third baseman with an exceptional bat. Now 20 years later, his son, Yohandy, looks like the player his father was supposed to become.

The younger Morales has had a good prep career as he has hit for the following slash-line: .359/.396/.565. He achieved the following accolades: 2019 9A-15 All-District Team, UT 2018 Second Team All-American SS, and 2018 9A-15 All-District Team SS. This feature is an example of the type of content that Pinstriped Prospects Dugout Members receive.  Dugout Members get complete access to scouting reports, interviews, and more all with limited advertisements on the website. Click here to sign up!

Morales is ranked as the 77th best draft prospect by Baseball America (subscription required), 132nd by MLB.com, and 60th by FanGraphs

Morales is committed to Miami University and with the new 2020 draft rule, he might not sign if he is not taken within the first two rounds. Considering the Yankees do not have a second round pick, they would either have to reach for him in the first or hope he is around in the third. If they can get him in the third, it be an interesting option. He might be a bit of a project because of his hit tool, but I see a lot of potential. Plus, the Yankees brought in Dillion Lawson as their minor league hitting coordinator in 2018 with the hope that he could improve their minor-leaguers’ pitch-selection tendencies. I feel Morales would be a good project for him.

Another note for consideration is that the Morales family might be bitter against the Yankees because the team tried to void Andy’s contract. However, Andy recently had an interview with Call To The Pen, and he did not seem like he held any grudge against the Yankees.

Below is an excerpt for that interview:

In your greatest accomplishments in life, where do you categorize your signing with the Yankees?

“It’s at the top of that list. It isn’t everyone that is able to sign with the most recognized baseball team in the world. A team where plenty of baseball luminaries have made a name for themselves. It was an honor to be part of an organization that has been home to such great players like Orlando Hernández, José Contreras and Aroldis Chapman.”