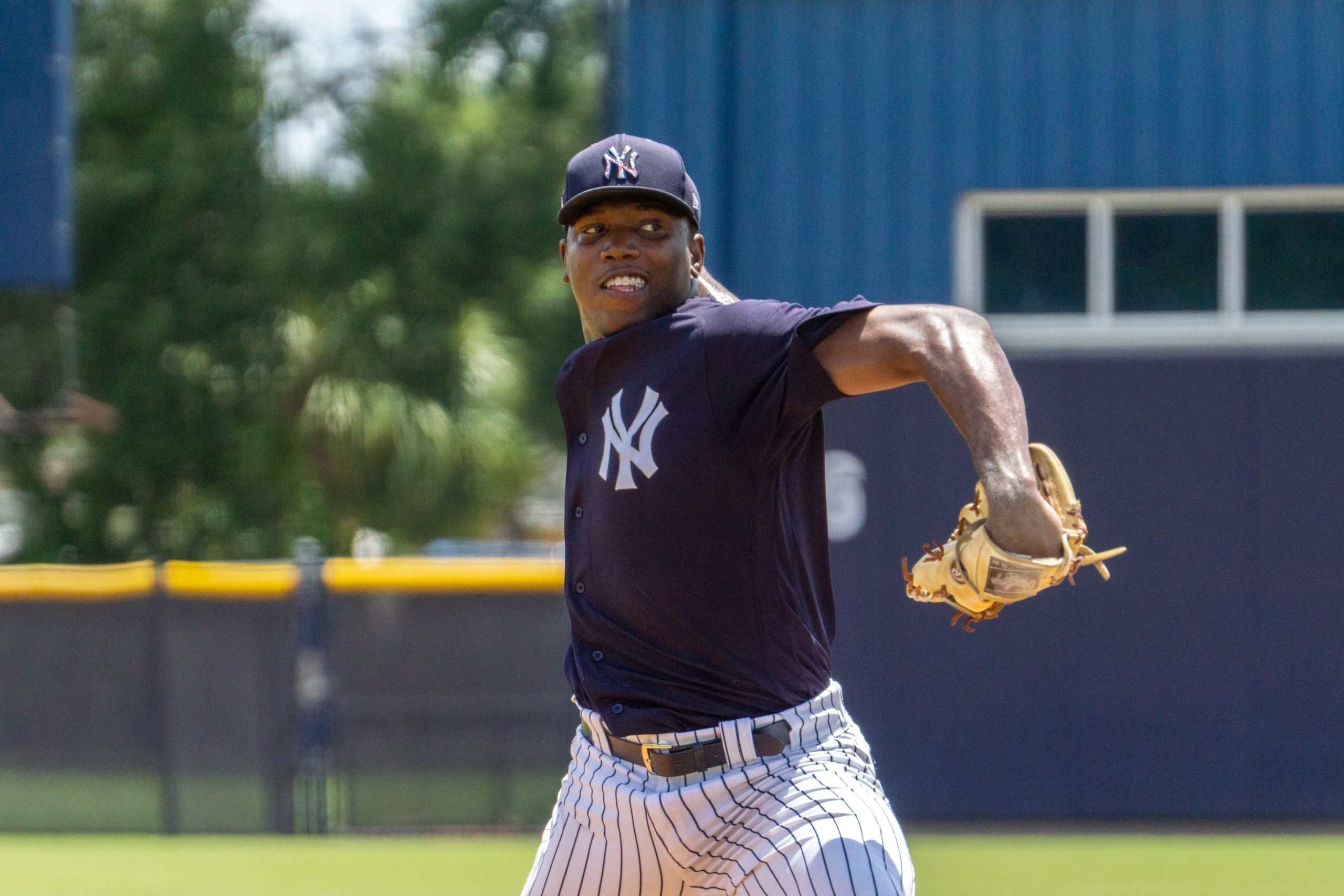 This past season can be remembered as the season where Jasson Dominguez made his stateside debut. Indeed, the buzz of what he’s capable of followed him throughout the seaso  to the point that he made a national debut at the Futures Games during All-Star Weekend in Denver this past July even before he recorded his first hit. The team went 36-16 on the season (no playoffs in FCL, so record doesn’t really matter), but it’s all about the players’ performances and improvements.

Many players impressed this season in the Complex League, including OF Anthony Garcia, showing off his power to record 8 HR’s in 23 games and Tyrone Yulie, recording a 0.00 ERA in 10.1 IP and only giving up 2 hits and 5 walks in that time.

The FCL season started away in Lakeland on June 28th, with their home opener being on June 29th. That’s where we got our first look at a lot of the newer guys like Dominguez and a better look at guys like Gomez and Vargas.

The debut of Dominguez on June 29th came with much expected hype and it a bit underwhelming to some extent since Dominguez was hitless until his first game back from All-Star Weekend (July 5th). This would ultimately be a pattern throughout his first pro season.

We also saw a few debuts from 2021 draftees in July, including 1st round pick SS Trey Sweeney, 4th round pick 2B Cooper Bowman, 5th round pick 1B/3B Tyler Hardman, 10th round pick INF Ben Cowles, 17th round pick OF Grant Richardson and UDFA LF Kyle Battle.
Some first impressions on a lot of these guys were how quick Alexander Vargas is and his ability to slap the ball to all parts of the field to get guys over or try to beat out a throw. Antonio Gomez impressed with his cannon arm immediately and his offensive performance was ok, but not super-star level. Anthony Garcia impressed with his power, which continued to impress as he was promoted to Tampa.

Pitchers Tyrone Yulie, Alfred Vega and Carlos Gomez impressed in their season debuts, all pitching more than one inning and only Vega gave up a hit in his appearance.
Regarding the draftees, nothing stood out immediately, aside from Cowles’ speed on the bases.

The FCL Yankees saw a few players get promoted to Tampa in July like Roberto Chirinos, Jasson Dominguez, Ryder Green and Aldenis Sanchez along with pitchers Blas Castano, Carlos Gomez and Tyrone Yulie, after several Tarpons were promoted. In August, the following players got promoted to Low-A Tampa from the FCL Yankees:

In addition, the following 2021 draftees that debuted in July with the FCL got the chance to play across the street at GMS Field:

As a result of all the aforementioned promotions, there were a lot of new faces that were promoted from the DSL (Dominican Summer League). One of those is our top performer for August, Yarison Ruiz.
Other adds from the DSL include INF Miguel Marte, RHP Yoljeldriz Diaz and RHP Yorlin Calderon.

OF Kyle Battle was promoted to Tampa from the FCL Yankees leading up to the playoffs for the Tarpons as a result of Ryder Green getting injured in a HBP. Battle was our top offensive performer for August.