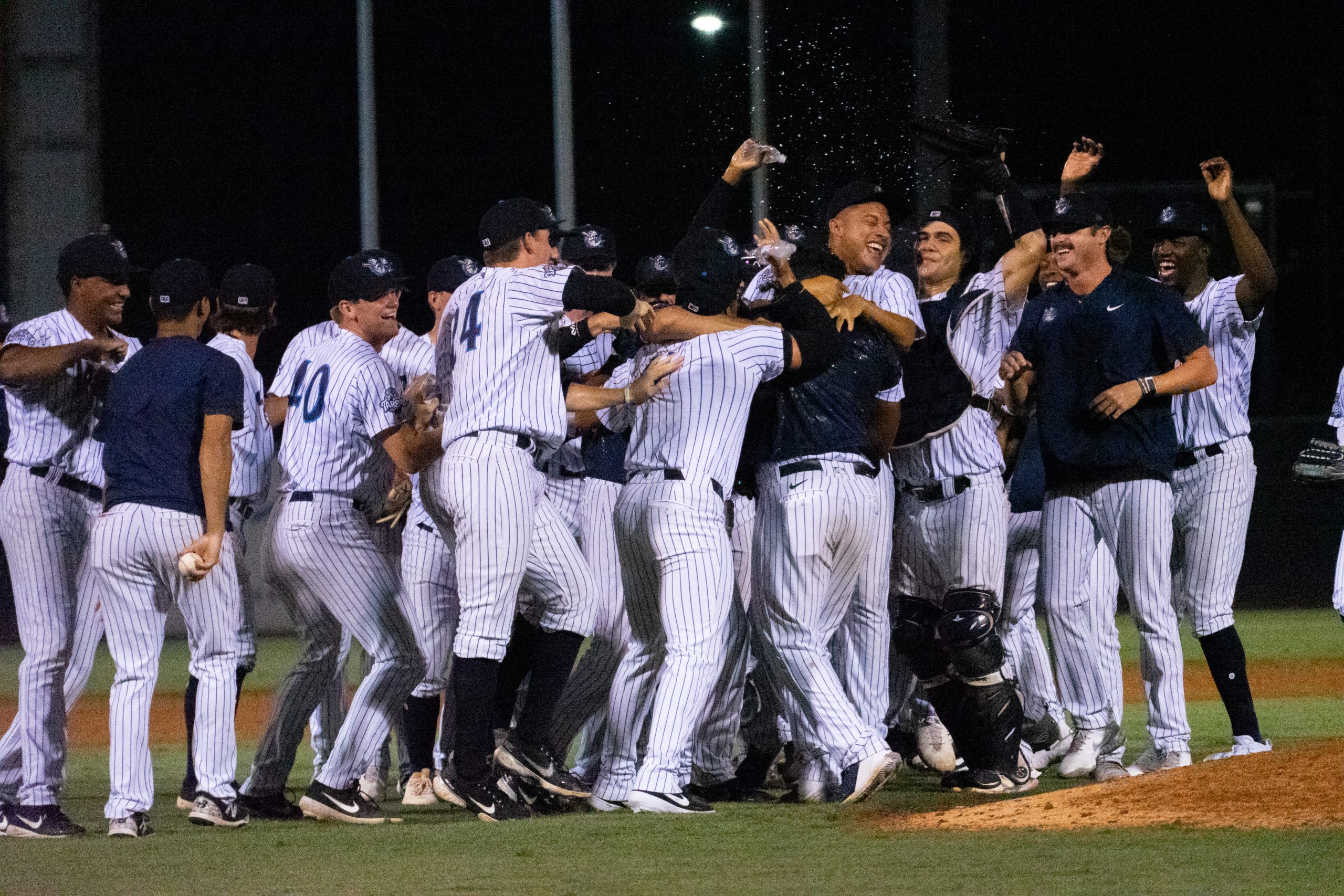 2021 is truly going to be a season to remember for Tampa area residents as some legendary-type players passed through the confines of GMS Field this past season. Anthony Volpe debuted in May in the top 10 of MLB Pipeline’s Top 30 prospects list and ended the year at the top, dethroning Jasson Dominguez, who also made an appearance in Tampa in the 2nd half of the year, and ended the year in 2nd place on the prospects list. The Tarpons ended the year at a league-best 73-43, 3.5 games ahead of the 2nd place team, Bradenton Marauders, who would ultimately sweep the Tarpons in the Low-A Southeast playoffs in September. 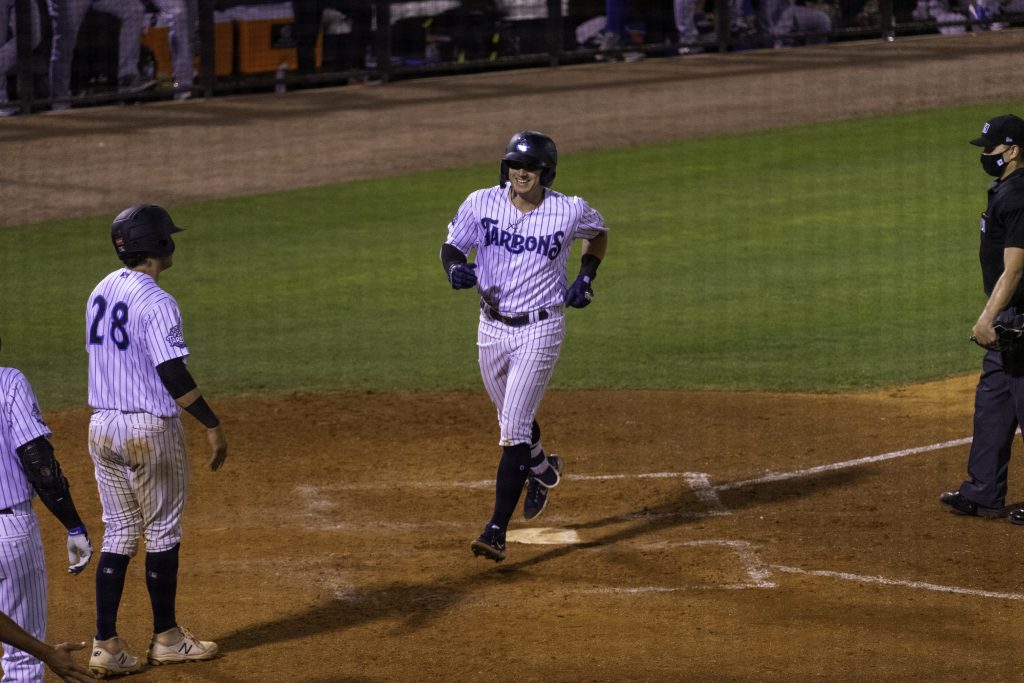 The year started off with a bang as the offense scored an insane 78 runs versus Dunedin’s 47 in the opening series, including a 25-10 win in the 4th game of the season, their largest win all year. By the end of May, the Tarpons had a league-best 17-7 record. A number of 2019 and 2020 draftees made pro and/or Low-A (and many later High-A*) debuts in May, including:

May also included their only home/away series as Dunedin was still hosting the Toronto Blue Jays as a result of COVID restrictions north of the border, so Dunedin played an away series in Tampa May 25-May 30 (it was interesting to see Tampa in away grays in their home stadium). Tampa won that series, 4-2. 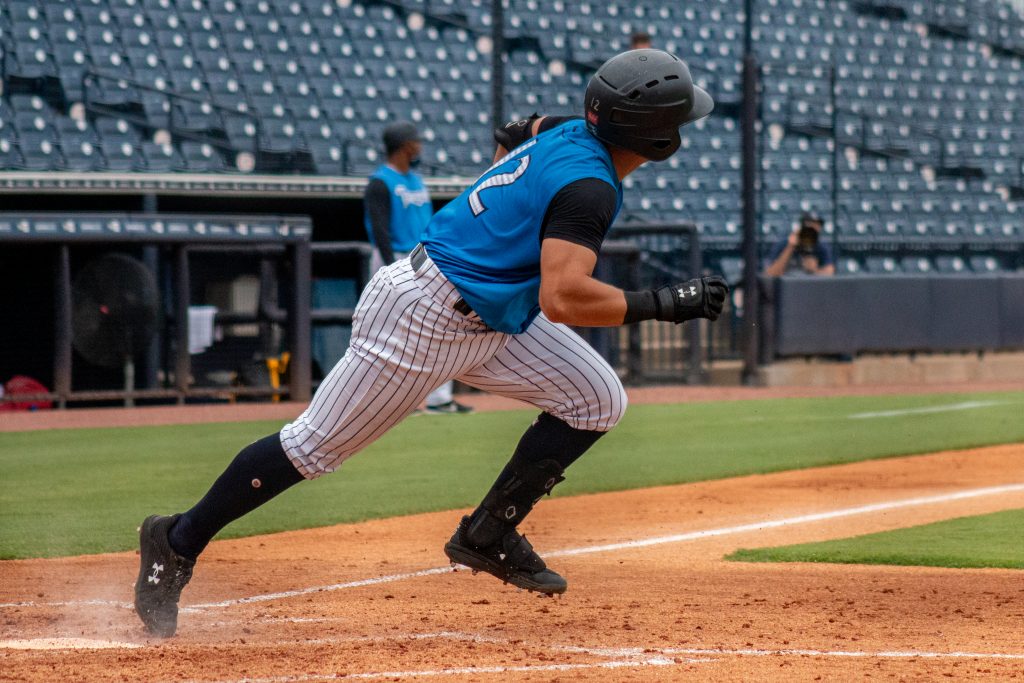 June gave the Tarpons their first look at Clearwater and Bradenton, the latter being their first of three losing series of the year (2-4).

June is also when #1 Pipeline ranked SS Anthony Volpe’s offense started blowing people away as he hit 7 HR in 79 AB, with 31 H, 22 R, and 22 RBI. Volpe posted a .392/.515/.848 slash in the month of June, his best all season. Hitting coach Kevin Martir discussed Volpe’s offense performance in this interview we did at the end of June. 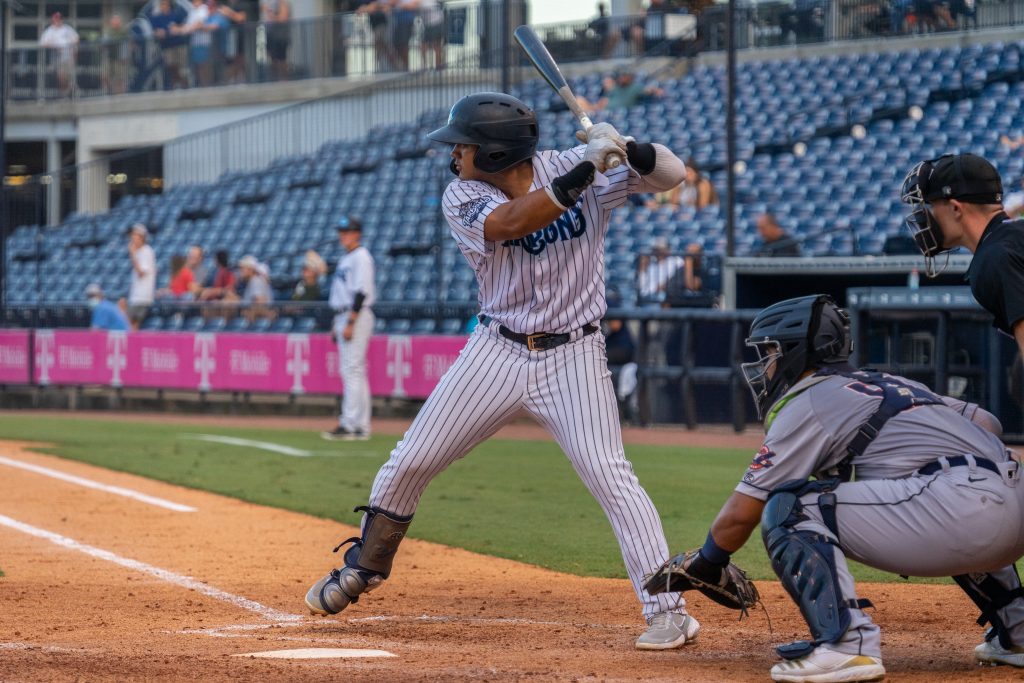 The Tarpons’ first promotions came early in July, with pitchers Trevor Holloway and Sean Boyle moving up to High-A Hudson Valley and OF Everson Pereira moved up from the FCL team. In only his 3rd Low-A AB, Pereira tripled in an away Dunedin game, ultimately going 3-for-5, where the Tarpons won 21-2 in an abbreviated 7 inning game, the first of a doubleheader.

The next home series the following week is where we saw the biggest group of promotions all year at one time. SS Anthony Volpe, OF Jake Sanford and OF Pat DeMarco were promoted to High-A Hudson Valley the previous Monday (June 12), allowing for OF Aldenis Sanchez, OF Ryder Green and OF Jasson Dominguez to get promoted from the FCL.

Jasson Dominguez would later hit his first pro homerun on July 16th, a 344-ft. shot over the right field fence into the bleachers.

INF Roberto Chirinos and pitchers Blas Castano and Tyrone Yulie would get promoted from the FCL to Tampa in the latter half of the month after Yoendrys Gomez was put on the IL, Anderson Munoz was promoted to Hudson Valley, and INF Trevor Hauver was traded to the Rangers organization as part of the trade for Joey Gallo. 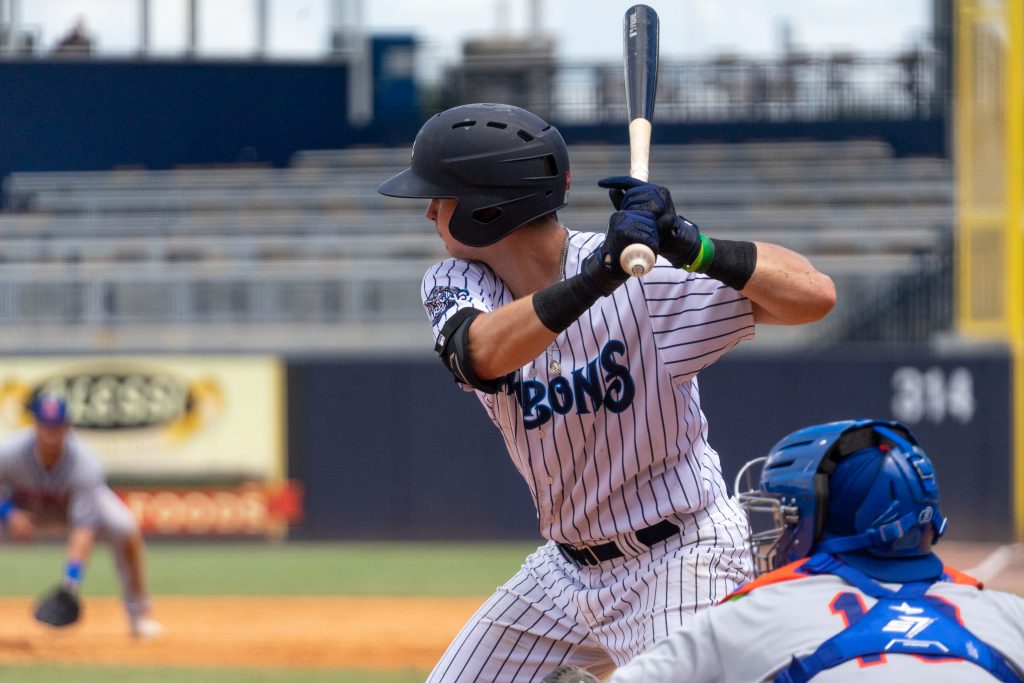 The Tarpons opened August concluding an away series on the East Coast of Florida in Palm Beach, who was their only sweep of the year. That was the last series to have the core of Volpe, Wells, Pereira, Chaparro before they got promoted along with Torrealba and Santos to High-A Hudson Valley. Many of the 2021 draftees that debuted a few weeks prior in the FCL were promoted to Tampa. The remaining roster is who would take the team the rest of the season. 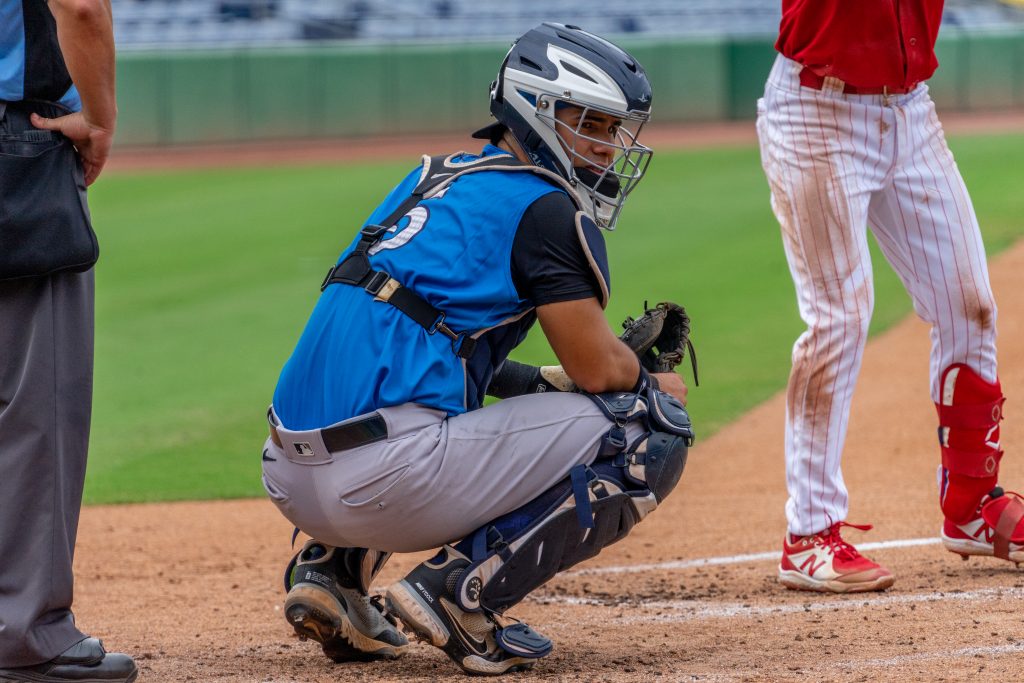 A highly anticipated prospect, catcher Antonio Gomez, was promoted from the FCL in late August after Carlos Narvaez was promoted to High-A Hudson Valley. Gomez batted 1-for-17 in his first series (.059), but was responsible for 3 RBI. Gomez batted 4-for-5 in the last game of August in Bradenton, including one of six home runs in the 19-7 loss. 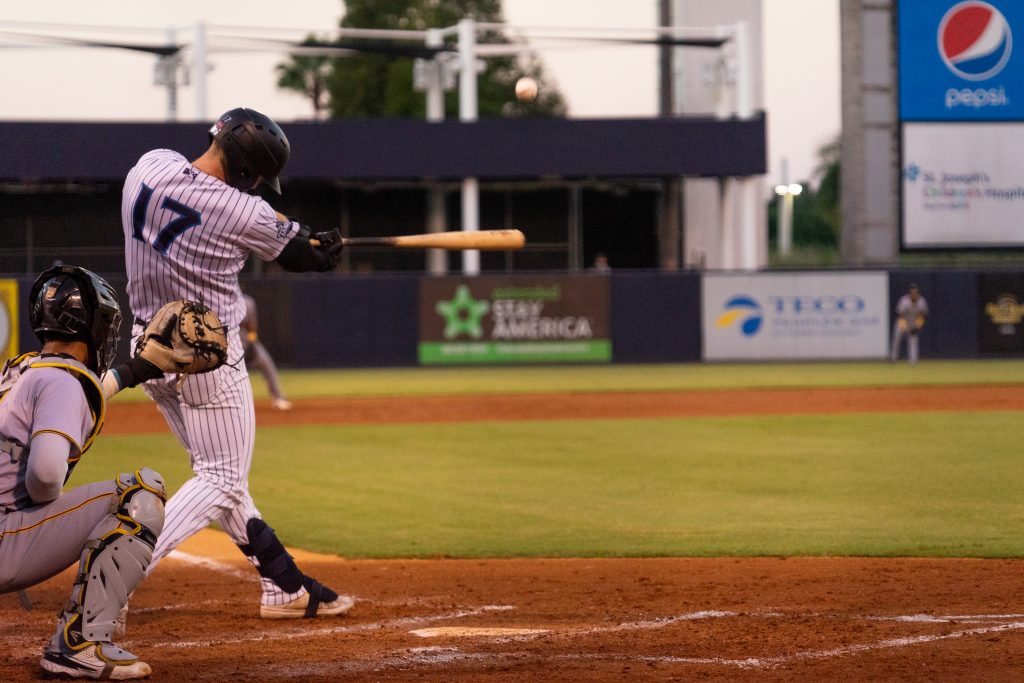 Despite tons of rained out and cancelled games, the Tarpons still were able to clinch the playoffs early in the month on September 7th, the first day of their only home series of September. They had 2 games cancelled in Fort Myers, and had 4 games suspended; the entire Fort Myers series was affect by rain. The Tarpons ultimately had a record of 6-10 in September, not including the playoffs. They ended the season with a league-best 73-43, good for 3.5 GA of Bradenton. Tampa ended the season with a +220 run differential, second best in Low-A behind Charleston (Rays’ affiliate).

The playoffs didn’t go like the Tarpons had wanted, being swept in three  games of a best-of-5 series. Tampa was simply outmatched by Bradenton’s pitching and the more seasoned Marauders offense took advantage of arms that had been recently promoted from the Complex League. Tampa lost in a combined score of 21-7; a 4-3 loss in Game 1, a 6-1 loss in Game 2 and a 11-3 loss in Game 3. 5 of the 7 runs scored by the Tarpons in the playoffs came via HR, with the other 2 runs scored as a 2-RBI single in Game 1.