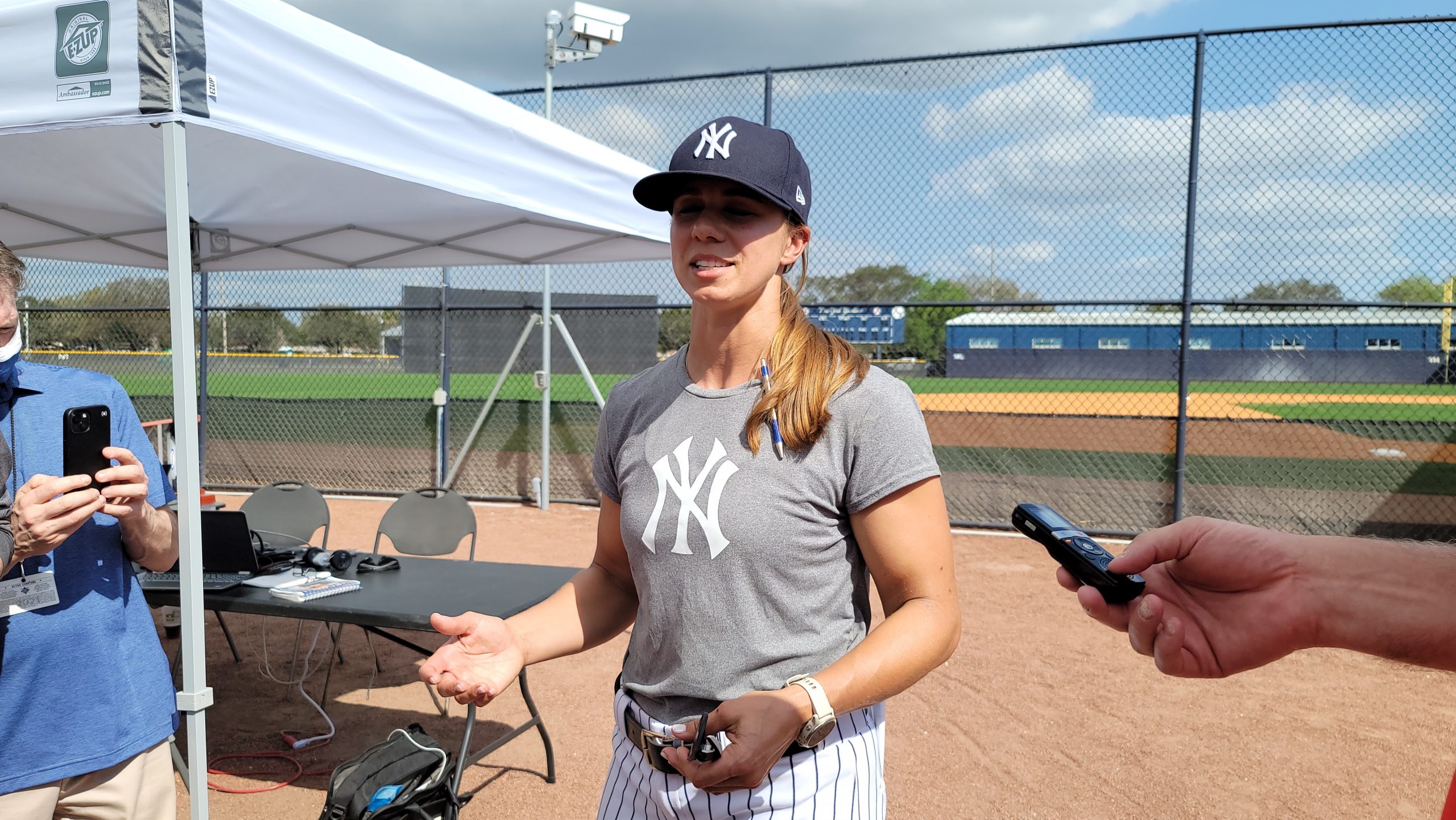 After what was quite possibly the highest-profile Single-A manager announcement you’ll ever see (and for good reason), the 2022 Tampa Tarpons coaching staff has been finalized today, as announced on the Yankees Player Development Twitter account.

Their coaching staff is as follows:

You can read more about Rachel Balkovec here, but in 2021 she was the hitting coach for the Complex League Yankees and that team saw some significant success at such a low level. Her ability to speak Spanish to communicate helps her build rapport with the players and lauded by the players I spoke with during minor league camp.

Grayson Crawford is a new addition to the Yankees development staff, joining in December of 2021. Crawford comes to the Yankees from Lipscomb University in Nashville, TN, a university that’s a part of the ASUN (formerly Atlantic Sun) Conference. Crawford was the pitching coach at Lipscomb when hired by the Yankees. Previous to Lipscomb, Crawford was also at Austin Peay, where his pitching staff set a program-record in strikeouts (556), and was also at U of Louisiana-Monroe, where he coached Yankees minor leaguer Keegan Curtis, a 2018 draft pick.

Kevin Martir returns for his 2nd season with the Tarpons as hitting coach, and you can read an interview with him from last year here.

Michel Hernandez returns for his 6th season with the Tarpons as defensive coach and 9th with the Yankees.

A notable addition to the Tarpons coaching staff is George M. Steinbrenner IV. Steinbrenner IV, the son of the late Hank Steinbrenner. Steinbrenner co-owns the No. 29 Andretti Steinbrenner Autosport Honda, driven for NTT IndyCar racing. He was quoted as saying he wasn’t leaving racing completely, but wanted to “get involved with the family business.” It seems this is how he’ll get his start.

The Tampa Tarpons open their season in Lakeland against the Flying Tigers April 8, with the home opener in Tampa April 12 against the Dunedin Blue Jays.