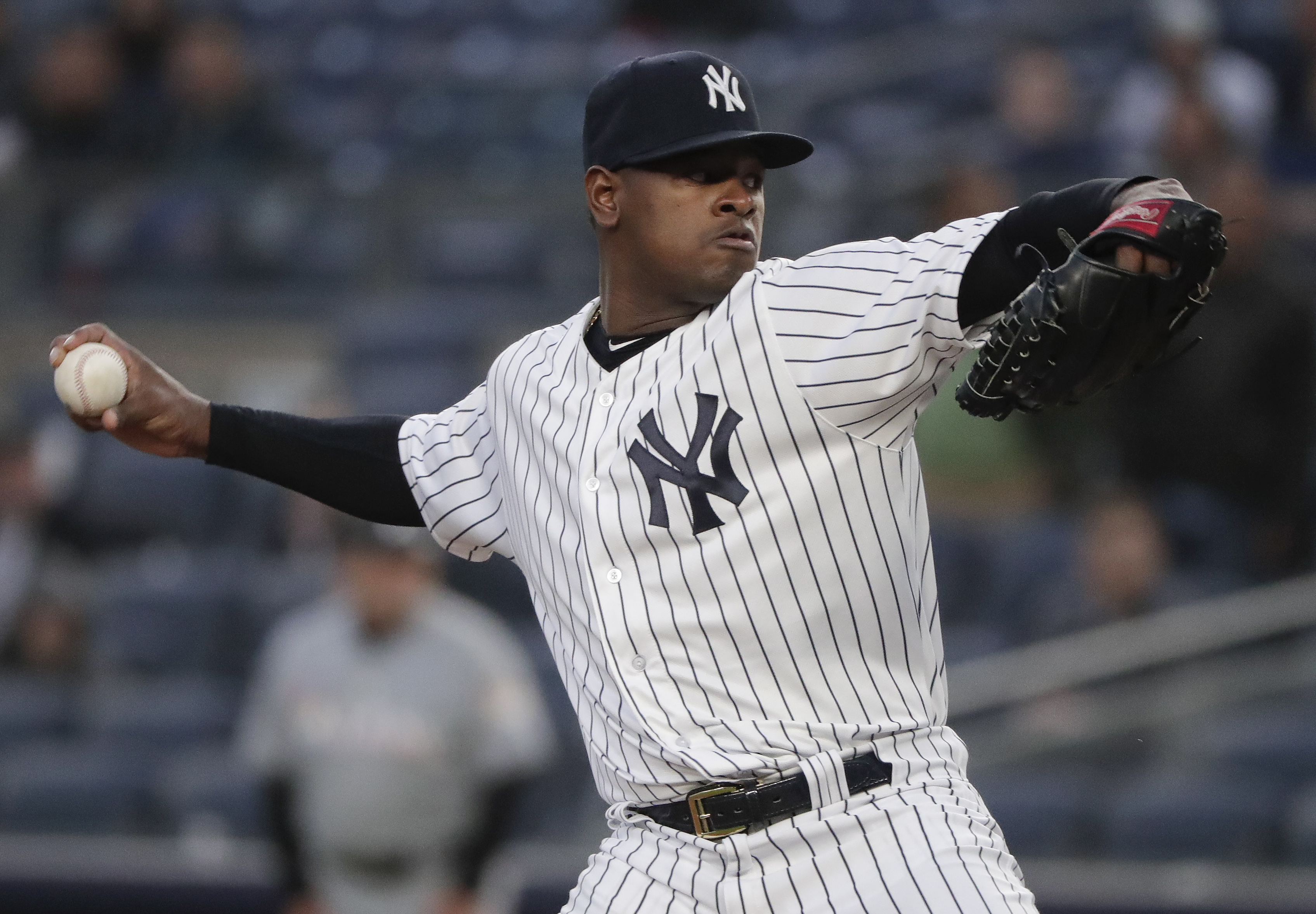 The AL Wild Card Game is finally here. Tonight, the New York Yankees and the Oakland Athletics will battle at Yankee Stadium for a spot in the ALDS against the Boston Red Sox that begins on Friday. You can watch tonight’s game on TBS beginning at 8:08 p.m ET or you can play with Klicken Sie hier auf diesen Link.

During the regular season, these two teams both went 3-3 in the six matchups that were played. New York won two of three from the A’s in May at the Stadium while Oakland won two of three at the O.Co Coliseum last month.

For the second straight season, the Yankees appear to be the favorite heading into this game. However, after last season where New York got down 3-0 before coming to bat against the Minnesota Twins, anything can happen in a winner-take-all game.

It is a unique pitching matchup as Luis Severino takes the ball for the Bronx Bombers as he starts the Wild Card game for the second consecutive game. As for the A’s, they will go with the bullpen strategy as Liam Hendriks will start as “the opener”.

Let’s take a look at some of the keys in this game, starting with how valuable defense can be from the catcher position:

The Kraken Needs To Unleash

One of the New York Yankees that has had a disappointing season is catcher Gary Sanchez. Between injuries and his struggles at the plate and with his defense, fans have been waiting for the player that finished runner-up in the AL Rookie of the Year race in 2016.

In a one-game playoff, everything gets scrutinized and the passed balls by Sanchez will be on centerstage. He had a league-leading 18 passed balls and there were 45 wild pitches. When he caught Severino on September 5 in Oakland, there were two passed balls in that game in an 8-2 loss.

Now, the Yankees will have Sanchez, Austin Romine, and Kyle Higashioka on the Wild Card roster. Despite having three catchers, manager Aaron Boone is still confident in Sanchez as his starting catcher and the battery duo of him and Severino:

“He will be my catcher, and I am very confident. Those two are very close, so sometimes some of the things they get into that have been seen, I guess, as just two passionate guys, two guys that are like brothers in a lot of ways, and I am confident that they are in a good place, will be on the same page, and I think they give us a great chance to win tomorrow night.”

While Sanchez has hit under .200 in each of the last three months, he did have four home runs in the month of September and two of them came in the last seven games. He is going to strikeout a lot, but that one big hit can change a game. Seven of his 18 home runs came in the seventh inning or later.

If Sanchez can limit his mistakes defensively and get that one big home run, the Yankees should be on their way to Boston.

Battle Of The Bullpens 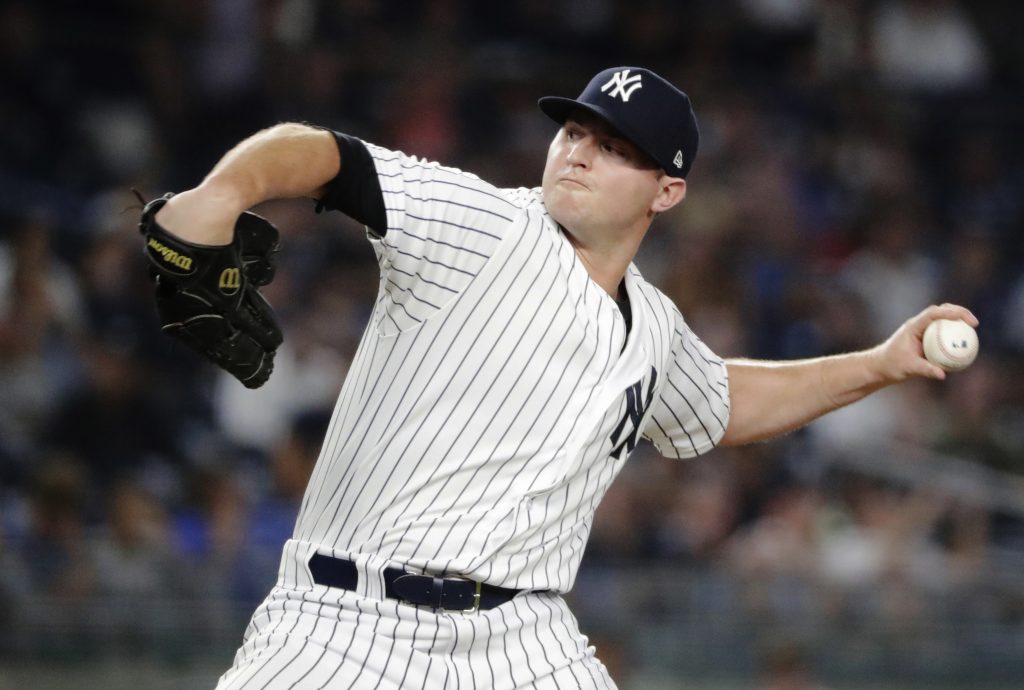 In this era of baseball, bullpens are the way to win and both of these teams have plenty of options to turn to tonight. The A’s and Yankees both finished in the top three in the American League in bullpen ERA with Oakland being slightly ahead (3.37 to 3.38).

Oakland has made it a bullpen game with injuries to their starting rotation during the second half and they haven’t missed a beat with some of their big bullpen acquisitions in Jeurys Familia, Fernando Rodney, and former Yankee Shawn Kelley.

Outside of those big trades, two A’s relievers that have stood out this year are Lou Trivino and closer Blake Treinen. Trivino had 10 strikeouts per nine innings this year. However, he has been more hittable in the second half (.265 batting average against) compared to the first half (.152).

As for Treinen, he had a historic season as the A’s closer. He had 100 strikeouts, converted 38 of his 43 save chances, and had an ERA of 0.78. The key for him is going to be that he gets his sinker down in the zone. He appeared in three postseason games with the Washington Nationals in 2016 and had a 6.75 ERA to go with five strikeouts.

If you are looking for any type of edge between these bullpens, the Yankees have it with their postseason experience. If Severino can give them four-five strong innings, that turns the game over to the likes of Chad Green, Dellin Betances, Zach Britton, and Aroldis Chapman.

Plus, the Yankees can generate more swings and misses with their relievers. They edged out the A’s bullpen in strikeouts, 753-627. In this game where power is at a premium, strikeouts are going to be important, to say the least.

McCutchen’s Patience And Experience A Positive 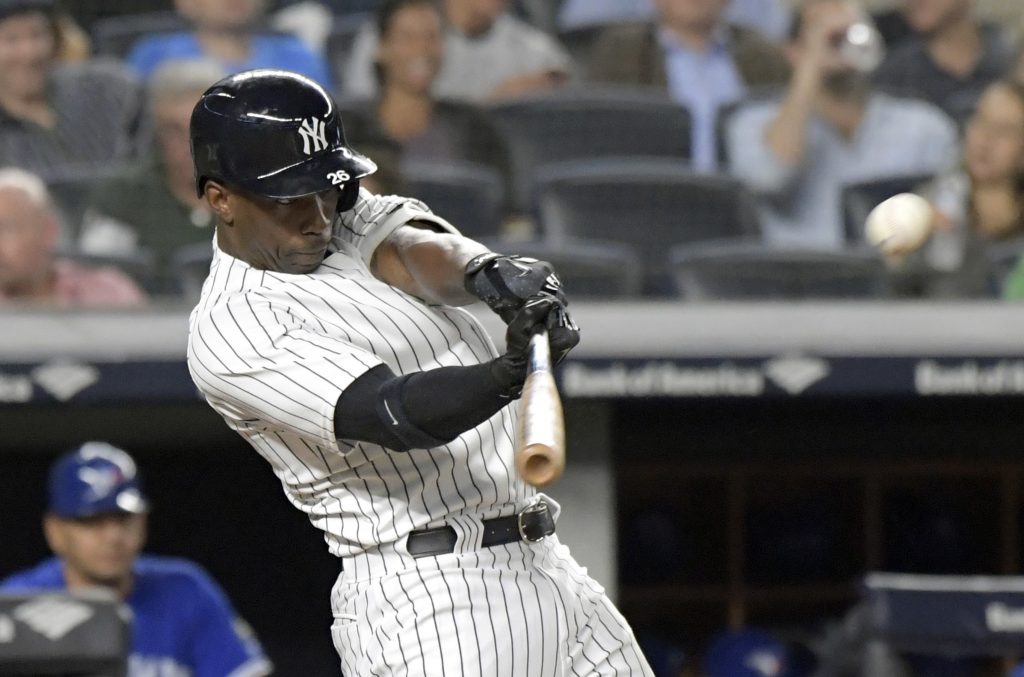 If there is one player who has the edge amongst anyone in terms of experience in these Wild Card games, it is Andrew McCutchen. During his time with the Pittsburgh Pirates, he played in the Wild Card matchup twice and went 2-for-6 while drawing three walks.

In 25 games with the Yankees since being traded from the San Francisco Giants in late August, McCutchen had a slash line of .253/.421/.471 with five home runs and 10 RBIs.

The high on-base percentage has stood out the most during McCutchen’s time in pinstripes. During the month of September, he was the only Yankee to see 500 pitches (502) and he was one of eight players in all of baseball to reach that mark. Plus, his 22 walks were tied for the fourth most in the American League.

With the power that the Yankees have in the likes of Aaron Judge, Giancarlo Stanton, and others, they don’t need McCutchen to hit the ball out of the ballpark. Instead, they need him to work the count against these relievers and draw walks so the other hitters get better pitches to hit.

On the A’s side, they have home run threats of their own in Khris Davis, Stephen Piscotty, and Matt Chapman. However, they have some patient hitters of their own. One name to watch is shortstop Jed Lowrie. Lowrie had a team-high 78 walks for the A’s this year and the veteran had 37 doubles to go with 99 RBIs.

With the way that both of these teams can hit the ball out of the park, expect this game to be a high-scoring affair. If you are looking for X-Factors in this game, look for Luke Voit on the Yankees and Stephen Piscotty for the A’s.

Voit has been one of the biggest surprises in baseball during the second half of the season with his 14 home runs and he can easily get lost in this lineup with all of the offensive threats in it. He had two home runs against the A’s out in California last month.

Meanwhile, Piscotty had a career-high 27 home runs this year with 15 of them coming in the second half (.536 slugging percentage). In Bob Melvin’s lineup, he usually hits sixth in the order and he has a .299 average out of that spot.

If the Yankees can get to Hendriks early and throw off the plan that Melvin has, then they should be in good shape. While Boone managing in his first playoff game will be heavily scrutinized for each decision, New York finds a way to win the game and heads to Fenway Park for Game 1 on Friday.