5 Lesser-Known Yankees Prospects That Stood Out in Spring Training 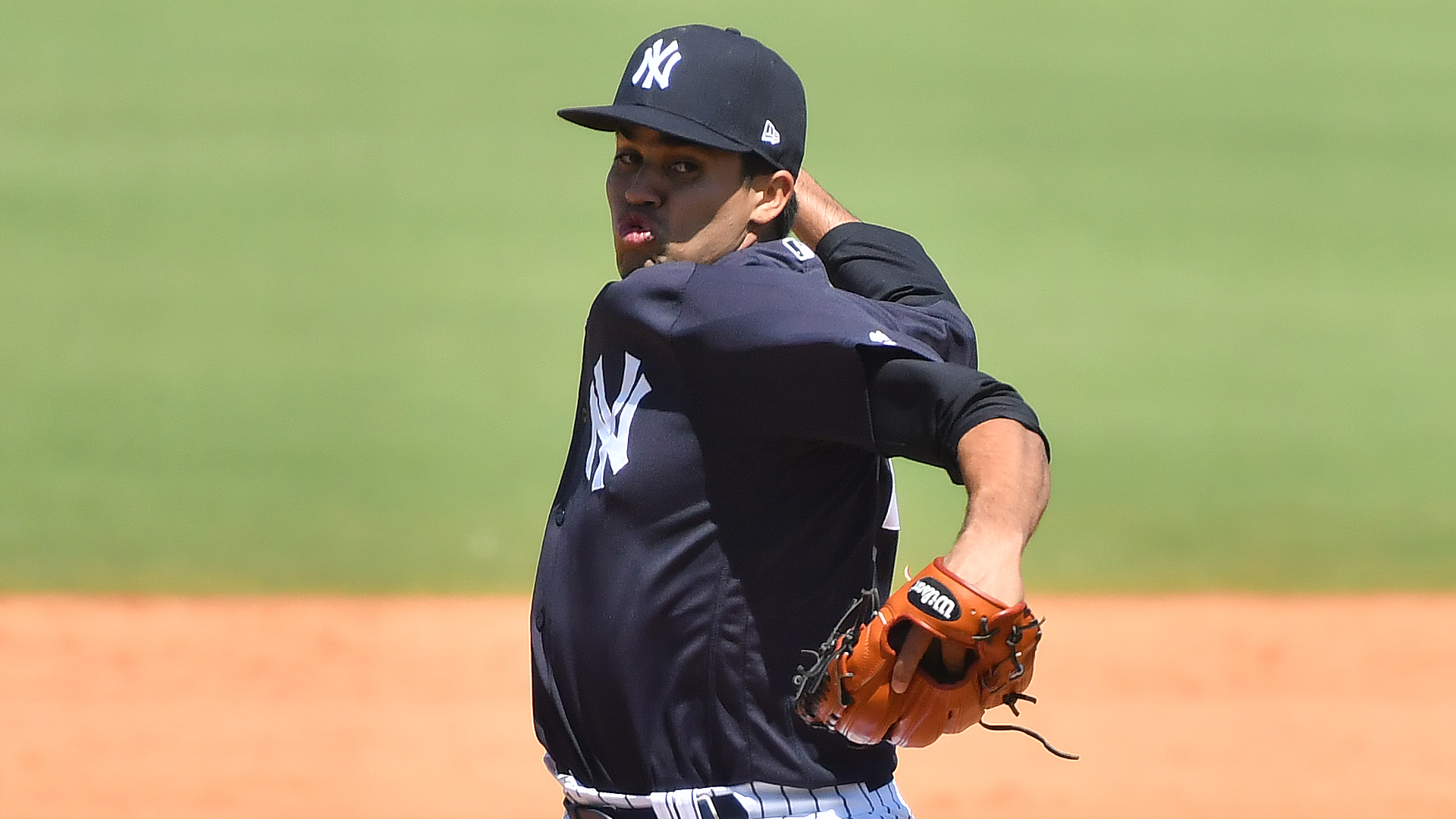 The Yankees had many great players suit up for minor league spring training.  Many of them impressed buy we wanted to share with you five players that are not well known who impressed us. 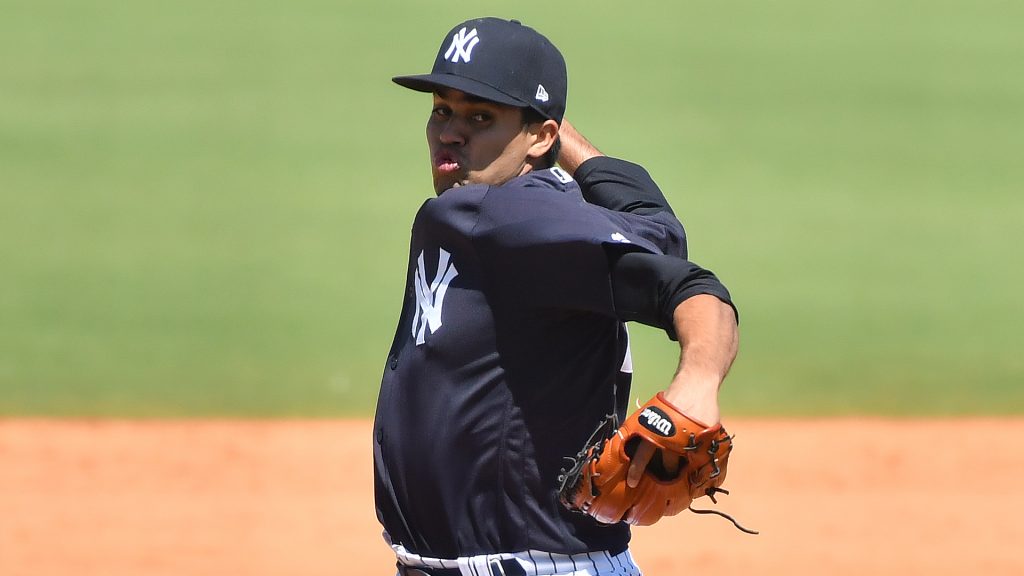 Pitchers like Carlos Espinal do not get talked about enough in today’s games.  They do not blow anyone away with powerful fastballs, instead, they rely on command and control of their pitchers to get batters out.  In this regard he is comparable to another Yankees prospect, Adonis Rosa, who like Espinal is not talked about often.

Espinal has put up good stats in his short minor league career, owning an 8-5 record with a 2.23 ERA in 41 games, 18 starts, with 126 strikeouts in 133 1/3 innings.  Only 10 of those games have come above the Rookie-ball level.  His first two seasons were primarily as a starter but in 2018 he pitched exclusively out of the bullpen.  In spring training, he continued that, working out of the bullpen but pitching multiple innings each time I saw him.

What he showed me was a pitcher that was not afraid to attack hitters and throw strikes.  He threw first-pitch strikes to 81% of the batters he faced in the two games I saw him pitch.  Between both games, he threw five total innings and struck out eight batters.  He was also not afraid to utilize his fielders to get batters to ground out.  Mind you I saw him against competition that was more advanced than he was used to, facing what was the Yankees Double-A squad at the end of spring training.

Keep an eye on him as he will likely be with either the Staten Island Yankees or Charleston RiverDogs to open the 2019 season. 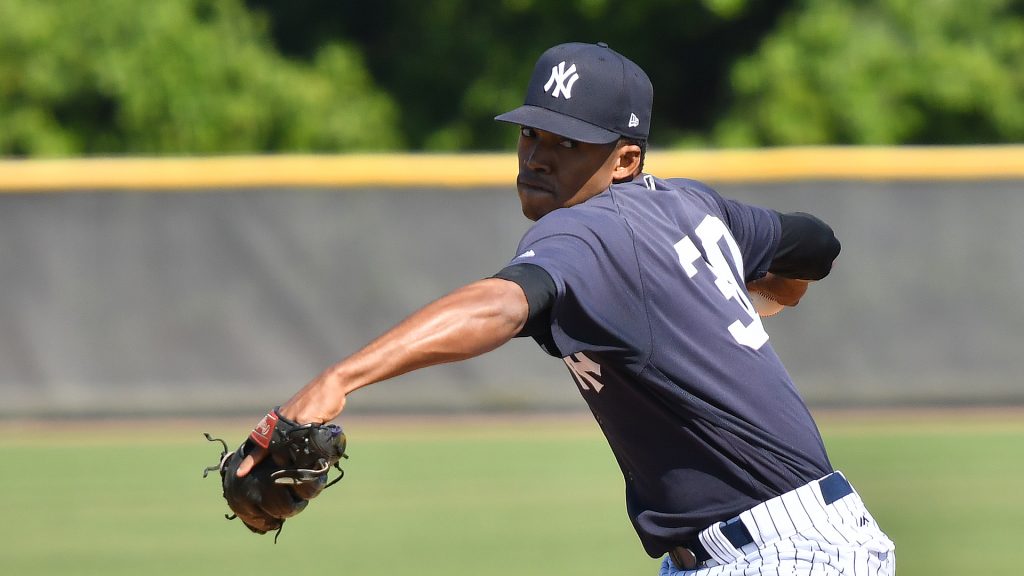 The Yankees acquired Jefry Valdez from the Colorado Rockies in exchange for right-handed pitcher Jordan Foley in November.  He came to the Yankees with a 6-7 career record and a 4.75 ERA in 87 games, 1 start, in four seasons.

This being Valdez’s first spring training with the Yankees there were a lot of eyes watching him to see what he could do, and he did not disappoint. Like Espinal he does not throw hard, sitting only around 90-91 MPH with his fastball but he demonstrated pitches with good movement and late life.  His changeup shows good depth and he got batters to swing over his breaking ball regularly.

He is being pushed by the Yankees, opening the season with the Tampa Tarpons.  Keep an eye on him out of the bullpen.  He could become someone that moves relatively quickly.

Selected in the 28th round of the 2018 MLB Draft, Burt is an under-the-radar infield prospect that could surprise many in 2019.  The 22-year-old out of Northeastern University hit .274/.347/.66 in his first professional season with the Pulaski Yankees over 56 games, seeing time at all four infield positions.

After watching him play in spring training, I am a fan.  Burt is a two-time Colonial Athletic Association Defensive Player of the Year.  And that defensive ability was on display almost every game he played this spring.  He demonstrated plus range at all the positions he played.  Keep an eye on him as he opens the season today with the Charleston RiverDogs.

Knowles was the only member of the 2018 international free agent class to be with the Yankees during minor league spring training.  The 5-foot-10-inch 161-pound centerfield out of the Bahamas looked every bit of a natural athlete on the field.  He showed off good speed and at-least-average an arm for a centerfielder.  He stayed back in extended spring training and will likely open the season with the Gulf Coast League Yankees.

There were a lot of other players I could have selected for this last spot, but I decided to go with Aaron McGarity. He was a 15th round pick of the Yankees in 2017 and since then compiled a 4-2 record with a 1.17 ERA and 59 strikeouts in 46 1/3 innings pitched.   I had the chance to watch him play in Staten Island in 2018 but he looked even better in spring training.  His breaking balls showed lots of movement.  The curveball especially was a treat to watch.