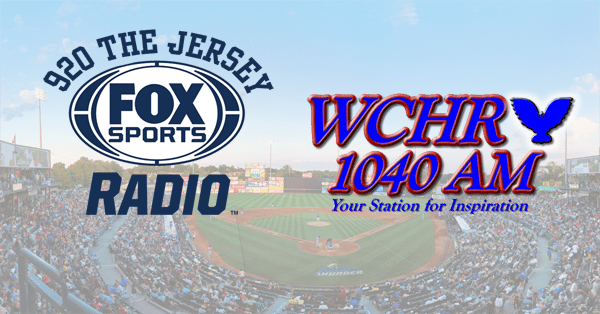 The Thunder are pleased to announce that 920 AM-WNJE The Jersey will serve as the flagship radio station for the 2017 season.

Beginning with the team’s home opener on Thursday, April 13, Thunder games will air on 920 AM-WNJE, with select games being heard on 1040 WCHR-AM throughout the summer.

“We’re excited to partner with Connoiseur Media to broadcast our games this season,” said Thunder COO/GM Jeff Hurley. “The strong signal that 920 AM and 1040 AM offers an opportunity for our passionate fans from all over the region to tune into our games, even if they don’t live in the immediate area of ARM & HAMMER Park.”

WNJE-AM hosts Fox Sports Radio content throughout the day including Dan Patrick and Colin Cowherd. 920 AM also serves as the home of the Zach Gelb show, live and local Monday-Friday from 4-6pm, which has broadcast live from Radio Row at Super Bowl 51 and at the NCAA Tournament in Buffalo this past March. The Zach Gelb show has had guests such as Phil Simms, Herschel Walker, Dave Hakstol, Johnny Damon, Curt Schilling, Carl Pavano, Jim Leyland, and Bobby Valentine. WNJE-AM can be heard throughout Bucks, Burlington and Mercer Counties and carries major sporting events such as The Super Bowl, NCAA Final Four, Major PGA Tournament events, as well as Rutgers University Football and High School Football.

“When we launched 920AM The Jersey in January 2016, as the exclusive local sports station, our desire was to eventually air the Trenton Thunder games,” said Connoisseur Media COO/General Manager David Bevins. “It’s a great partnership and we are excited about this opportunity.”

The Thunder will open their 24th season at ARM & HAMMER Park on Thursday, April 13 against the Portland Sea Dogs at 7pm. For tickets and the latest information on Thunder baseball visit www.TrentonThunder.com.