A Look at the Yankees' 2001 Top Prospects 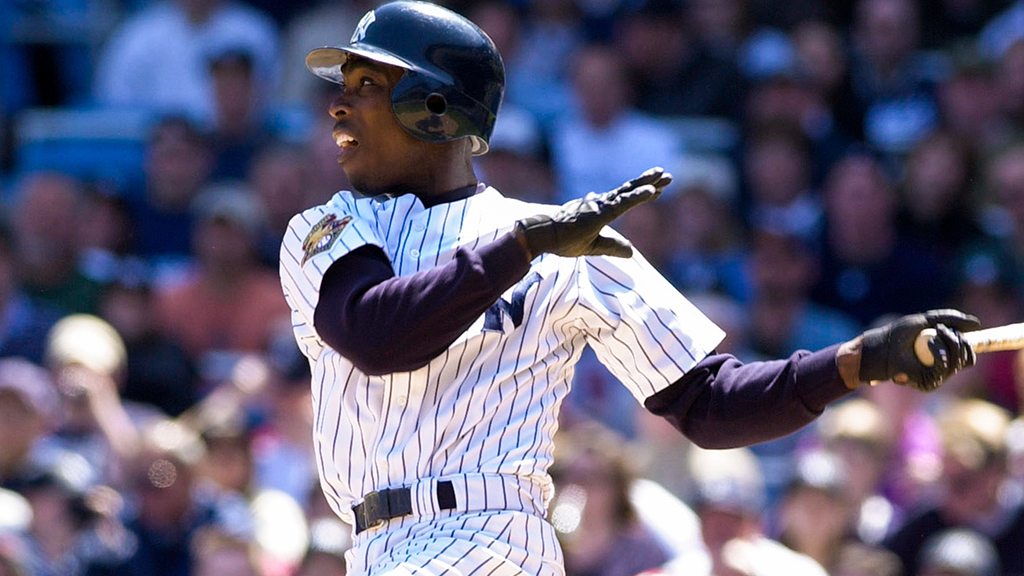 Alfonso Soriano was one of 51 players to hit 400 or more homeruns. (Jerry Coli)

We have to admit the Baseball America Prospect Handbook has become a much-valued publication. In fact, we have all ever published on our home-office bookshelf.

One day last week, during a bit of reorganizing, we took a look at the first-ever handbook, released in 2001.

Lifehouse had the top song in the Billboard 100 and the Yankees were coming off an 87-74 2000 season in which they handled the Mets in the World Series. The 2001 handbook was also the first and last published in what was a carefree time, as the events of Sept. 11, 2001, changed everything.

The players rated the Yankees’ Top 10 prospects in 2001 were.

1. First baseman Nick Johnson– Johnson missed 2000 with a hand injury after hitting .345 (145-for-420) for the Norwich Navigators, the Yankees Double-A affiliate, in 1999. It was a harbinger, as injuries hurt what could have been a superb career.

2. Shortstop Alfonso Soriano – He was a heralded protect, reaching the Yankees in late 2000. He originally signed with the Hiroshima Tokyo Carp, After 2003, he was traded to Texas for outfielder Alex Rodriguez, returning to the Yankees in 2013. He is one of 51 players to hit 400 or more home runs.

3. Shortstop D’Angelo Jimenez – After injuring his back in a car crash in the Dominican Republic in which he suffered a broken neck, causing him to miss most of the 2000 season after making his big-league debut in 1999, his career, mostly playing second base, never recovered.

4. Right-hander Adrian Hernandez – A Cuban defector, his legend was he escaped Fidel’s island disguised as a woman. That was later refuted, but his career never really panned out, in fact ending in the Milwaukee Brewers minor-league system.

5. Left-hander Alex Graman – Was never effective in a brief 2004 appearance with the Yankees, and had his best seasons in Japan and Korea, where he was effective.

6. Left-hander Randy Keisler – Started off solidly with the Yankees, but his career, while he was out with a shoulder injury, was short-circuited with the Bombers when he was bitten by a pygmy rattlesnake in his back yard. The once-second-round pick eventually pitched for a dozen big-league teams, ending his professional career with the Atlantic League’s Long Island Ducks and with the Uni-Present 7-11 Lions in Taiwan in 2013.

7. Shortstop Erick Almonte – We remember Almonte as the player who replaced Derek Jeter at shortstop in 2003 after his Opening Night injury. He started 31 games at shortstop while Jeter recovered, batting .260 (26-for-100). His Yankees career was fleeting, as he was released and later played with the Colorado Rockies, in Japan, then with the Long Island Ducks and in several minor-league systems.

8. Shortstop Deivi Mendez – Spent several years in the minors, including a three-game appearance in Trenton in 2005 in which he went 0-for-8. This native of the Dominican Republic kind of topped out in the Gulf Coast League.

9. Outfielder Wily Mo Pena – Previously signed with Florida and the Mets in contracts later invalidated. He was traded by the Yankees for Drew Henson and Michael Coleman in 2001, debuted in the majors with Cincinnati and played with four other teams. At 6-foot-5, nearly 300 pounds, hit a bunch of tape-measure home runs elsewhere.

10. Right-hander Todd Noel – Came to the Yankees in the 1999 Mike Lowell trade with Florida that Yankees general manager Brian Cashman recently rated as the deal he most regrets. Injuries quickly short-circuited his career and 2000 was his last season. He had top-drawer stuff that never developed.

This look back proves two things. The Yankees, who had 100-win-plus seasons in 2002, 2003 and 2004, weren’t all that worried about prospects and were willing to trade them. Also, just because you have potential, you never know. Scouts all loved Noel in 2001.

It’s fun to look back.