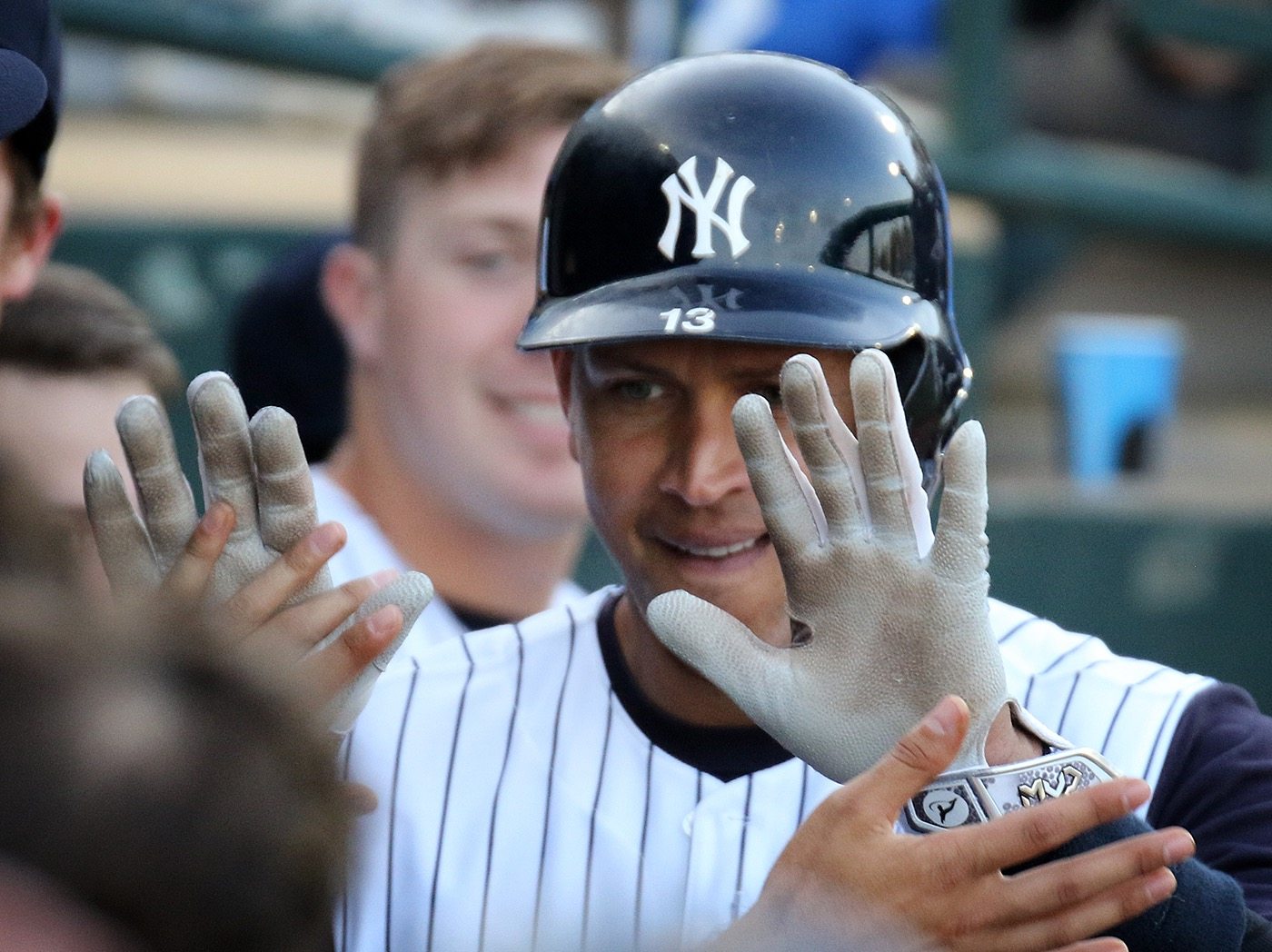 Alex Rodriguez returns to the Thunder dugout after belting a two-run homer in the second inning. (Photo by Martin Griff)

The Thunder offense grabbed all six of their runs across the first two innings of the game against Casey Lawrence. The Thunder used three straight two-out hits from Tyler Austin, Kyle Higashioka, and Mark Payton to take a 3-0 lead.

In the second, Juan Silva led off the inning with a scorched double down the right field line. After a pair of groundouts, Dustin Fowler drove in Silva with a single and Rodriguez followed with a two-run home run to dead center field to give the Thunder the 6-0 lead.

Dietrich Enns improved to 4-2 with his six-inning effort on Wednesday night. He allowed just two runs, a two-run homer to Dwight Smith Jr. in the fourth, on nine hits and a pair of walks. The left-hander kept his ERA at a tidy 1.99 and added seven strikeouts in the game.

New Hampshire added two in the ninth inning against Caleb Smith, in part due to an error committed by Tyler Wade with two outs. Smith recovered and got Rowdy Tellez to bounce out to Wade to end the game.

Rodriguez finished his rehab assignment 3-for-6 with a home run and three RBI’s. Dustin Fowler added a three-hit game for the Thunder and scored a pair of runs.

The Thunder will go for the sweep tomorrow morning against the Fisher Cats at 10:30am. RHP Eric Ruth will start for the Thunder, RHP Luis Santos will go for New Hampshire. Pre-game coverage begins at 10:10am on 91.3 FM WTSR and online at Trentonthunder.com. Tickets are available by phone at 609-394-3300 or online at TrentonThunder.com.