A-Rod Move Among Best Yankees Made in 2016 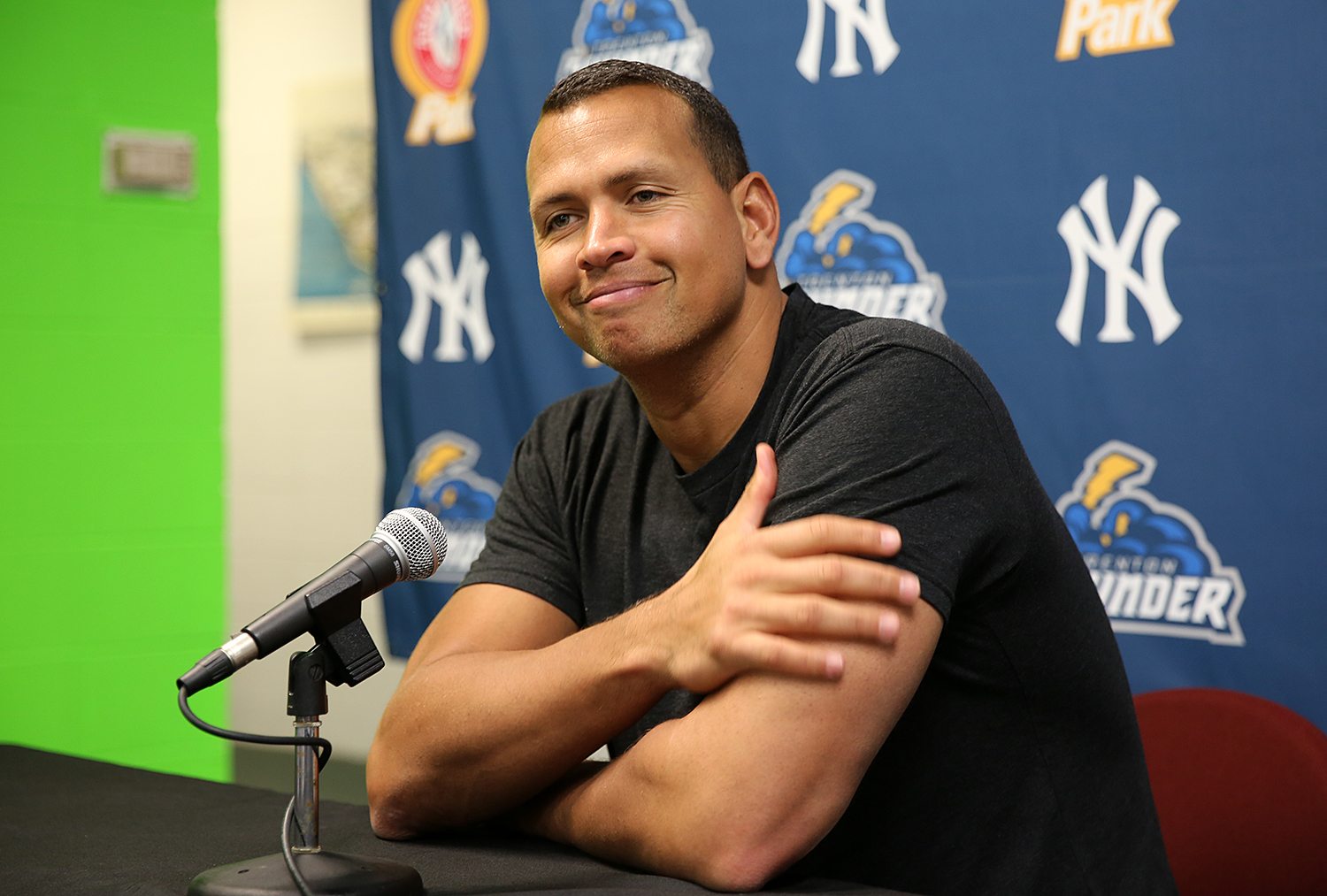 Alex Rodriguez will be excellent in his new role helping Yankees prospects improve their games. (Photo by Maritn Griff)

The 2013 season was moving toward its inevitable conclusion. Alex Rodriguez, then a 37-year-old (soon to be 38) with hip issues, was both battling his way back to the Yankees in their farm system and facing what became a full-season suspension for 2014.

Under the surface, it was Rodriguez’s start on the path to being a minor-league instructor, which just may prove to be one of the Yankees’ best moves of 2016. Some may say this is only because the Yankees must fulfill his contract, but wanting to help young players is quite legitimate with Alex.

At the time, we were assigned to cover this carnival of a rehab, which involved all the Yankees full-season farm teams – Charleston, Tampa, Trenton and Scranton/Wilkes-Barre. Some of the games were at home parks, where Alex heard mostly cheers, others at visiting parks, like Reading in the Eastern League, where he heard choruses in boo-flat.

Most of the questioning was about his hearings with MLB and the upcoming suspension that was handed down, rather than his health.

“We are just following the process,” was Alex’s answer, reminding the gathered media, adding he was working to get back to “helping the Yankees.”

On the field, he had trouble moving laterally at third base, but his swing and pitch recognition was as solid as ever. That, however, was not what was impressive about what was going on under a hot summer sun. What was, at each stop on this trek, perhaps not all that important at the time to many of the writers following Alex, was they way he worked with young players.

He showed patience. He gave advice. He answered questions, He stressed fundamentals. He talked about winning.

“It was great simply having him around to talk to,” said 2013 Trenton outfielder Ramon Flores, who would see time with the Yankees in 2015 before being traded to Seattle and settling in with the Milwaukee Brewers, where he has played in 104 games in 2016. “He has so much knowledge (about the game) and he wants to win.”

That Thunder team never stopped talking about A-Rod’s visit with their club, how it affected their clubhouse and how it helped them win the Eastern League championship in 2013.

“It’s such a bonus having a player like with us, even for a short time,” said then-Thunder manager Tony Franklin, who now pilots the kids at Appalachian League Pulaski. “Our guys just suck up all the knowledge he has when he talks with them. He loves working with the kids.”

The Yankees are presently operating their Instructional League in Tampa. with several of the club’s top prospects getting some extra work in. Rodriguez was in camp with youngsters like Clint Frazier and Jorge Mateo for a few days. Frazier told reporters “just having A-Rod visit us,” changed the atmosphere of the whole camp.

We heard some chuckles when A-Rod was released by the Yankees and it was announced he would assume an instructor’s role. Yes, he has a contract for millions and can’t swing the bat like he used to, or play the field like he used to. Yes, he’s obviously dabbled with PEDs, for which he paid quite a price.

But, next to actually playing the game, what Alex enjoys doing most is helping young players, He is as valuable in this role to the Yankees as he once was hitting home runs and accumulating RBIs.