A-Rod Set to Rehab in Trenton 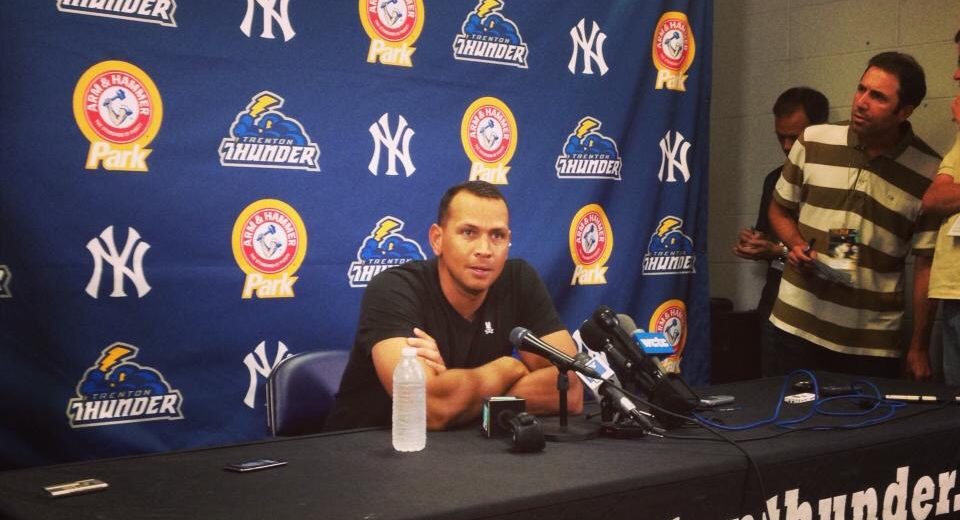 The New York Yankees announced on Tuesday morning that designated hitter Alex Rodriguez will be playing with the Trenton Thunder at ARM & HAMMER Park as part of a rehabilitation assignment.

It had been widely speculated that Rodriguez was going to be activated for the teams series opener against the Blue Jays on Tuesday night in the Bronx. Instead, the slugger will dawn the pinstripes in Trenton.

Rodriguez landed on the DL in early May with a strained right hamstring . The 40-year old, 14-time all-star had struggled mightily in the early part of his season; in 20 games he was hitting just .194 with five homers.