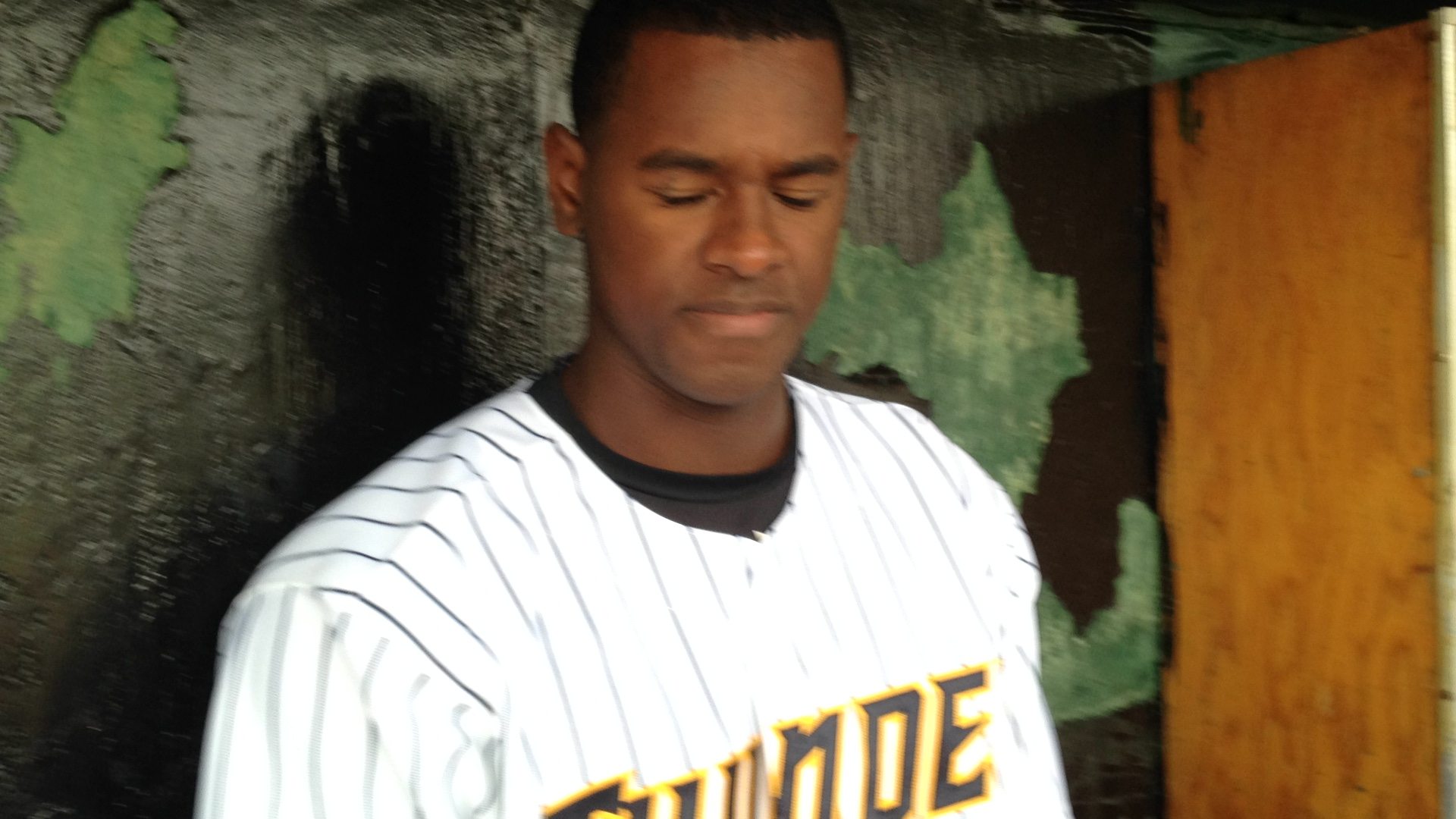 Luis Severino allowed three runs in 3.2 innings in his first 2016 start for the RailRiders.

The 5-1 Double-A Trenton Thunder triumph over the Portland Sea Dogs (Boston Red Sox) was assured when Eric Jagielo’s booming triple to the right-field corner with the bases loaded ignited a five-run third inning. The spotlight then turned to right-hander Severino.

The native of  Sabana de la Mar, D.R., threw five innings, allowed three hits, four walks, one earned run and struck out six. This effort was not as smooth as his first start last Wednesday in Akron. He threw 80 pitches, of which 50 were strikes.

“Luis was not as sharp as he was in his start at Akron.” said Thunder manager Al Pedrique. “We have him working on his slider, and his command of that was not as good as the first time.

“But he did pitch five innings, and it was a learning experience.”

“This is the kind of start in which Luis struggled a bit, but it will make him better,” Rosado said. “We are pleased he managed to get through five innings and get the win. His slider is the key here, what we want him to improve.”

Severino’s fastball, which touched 96, was sharp, as was his looping change that can freeze hitters. Those he threw with command and control. The slider he threw with confidence, but it was not consistent.

For instance, he utilized the slider for first-pitch strikes to four Portland hitters over the first three innings. He then mixed that with his fastball and change, and picked up four of his strikeouts. He did not control it as well in the fifth inning, when he allowed his first earned run this season after nine scoreless innings.

“I know that I need to work on that pitch (the slider) and I will continue to,” said Severino.  “It is an important part of development for me.”

Innings and pitch count are not an issue for Severino, Both will increase as the season goes on. His easy delivery, given the power resulting from it, is quite an asset. So is his ability to stay calm in tough situations and display additional focus.

In the top of the fifth, his facial expression changed when he had to step up and not allow the Sea Dogs to put a crooked number on the board as his designated pitch count for the start – 75 – neared.

“The way Luis knows what he has to do in those situations is a major plus in his makeup,” said Rosado. “We wanted him to get through that inning, and we had some leeway with a few more pitches and hitters.

“He got through this start without his best stuff, which is what he is going to have to do time and time again as his career advances. This is not to say his start at Akron was easy, and your best stuff isn’t there 100 percent of the time.”

Severino certainly grasped that, and had a postgame smile on his face after his talk with Rosado and reporters.

“I’m learning from all of this,” he said.

Many have asked how long Severino will stay with the Thunder. That is open-ended, It depends on how his overall effectiveness – command and control are crucial – of his slider advances. He can’t rely on repeating his change. He did that with Jantzen Witte, Portland’s top hitter. Witte, who is batting ,364 in the early Eastern League going, took a change for a called strike in the third inning, but rifled the second consecutive such offering foul, just missing it.

“We talked about that pitch, and why the slider is so important in that situation,” said Rosado.

Severino will be a mainstay of the Yankees rotation in the future. He has both the talent and character to be a front-line major-league starter. As Sunday’s effort proved, he is still in the development phase.

That will continue with his next start in five days, likely next Friday at Portland.