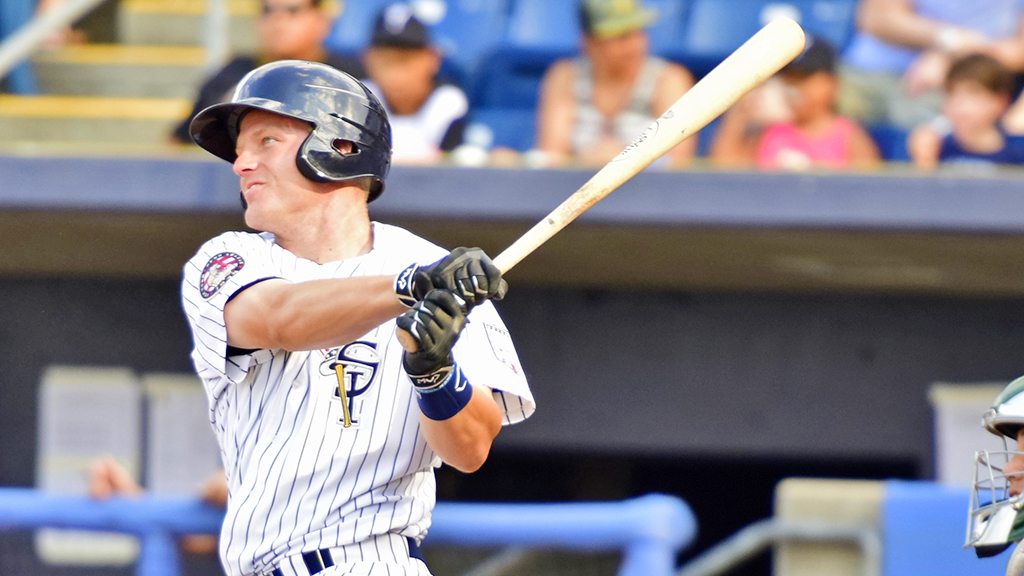 Two Staten Island Yankees players sweep the New York-Penn League Player of the Week honors, becoming the first Baby Bombers of the 2015 season to appear on the weekly list by MiLB.com.

Right-handed pitcher Domingo Acevedo earned his spot as the NY-Penn League Pitcher of the Week after tying a career high 10-strike outs on August 22 against the Lowell Spinners in game 2 of a double header.  In the game Acevedo allowed just 1 unearned run on 2 hits and 2 walks over 6 solid innings of work.  He lowered his season ERA with Staten Island to an even 2.00.

Trey Amburgey has been on fire since joining Staten Island last week, hitting an even .500.  In 5 games with Staten Island Trey has 9 hits with 3 doubles, a triple and a homerun while also driving in 6 runners and stealing 2 bases.  Amburgey took over as the Yankees everyday right fielder when Jhalan Jackson went down with a back injury.