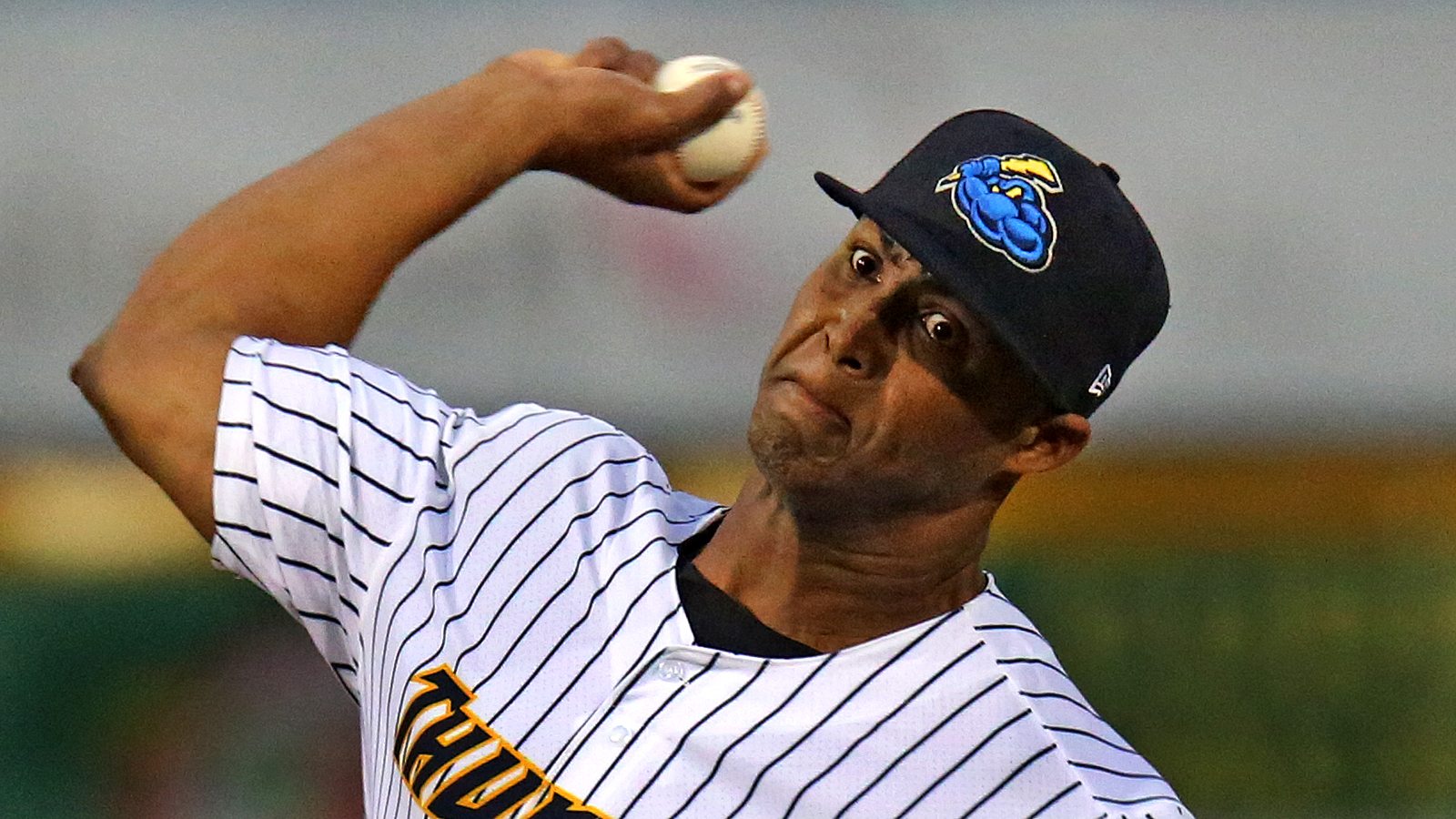 Trenton Thunder’s Domingo Acevedo improved to 5-0 with a win over Hartford on Tuesday.(Martin Griff)

Domingo Acevedo pitched the bottom of the fourth inning in the 2017 SiriusXM All-Star Futures Game on Sunday, July 9, 2017 at Marlins Park in Miami, Florida.

With men on first and second, the next batter, Lewis Brinson, crushed a line drive double to center field to score Rogers.

Astros prospect Derek Fisher followed with a two RBI double to deep left-center field, easily scoring both Gordon and Brinson on the play.

Following a visit from the Cuban-born and World team pitching coach Livan Hernandez, Acevedo settled down.

The Dominican Republic native worked with a very good tempo and threw strikes. In fact, he threw a first pitch strike to six of the seven batters that he faced.

All things considered, even though his line score wasn’t great (one inning pitched, three earned runs, four hits, no walks, and one strikeout) he was able to compose himself facing the best minor leaguers in the world. That shows a lot about his poise, maturity and character.

The biggest test in the game for Acevedo came against Nick Stenzel. At that point, he gave up two singles, two doubles, and a rocket line drive out to left. Domingo had one out and an opponent in scoring position with his team down by seven.

He did not give in and battled through what was a very tough at bat from Stenzel.

After getting ahead, the Reds prospect battled back to 2-2, fouling several offerings from the 6’7” right-hander. Finally, after throwing the kitchen sink at the 6’1” infielder, he struck him out with the infield in. That showed a lot about who he is as a pitcher and his tremendous makeup.