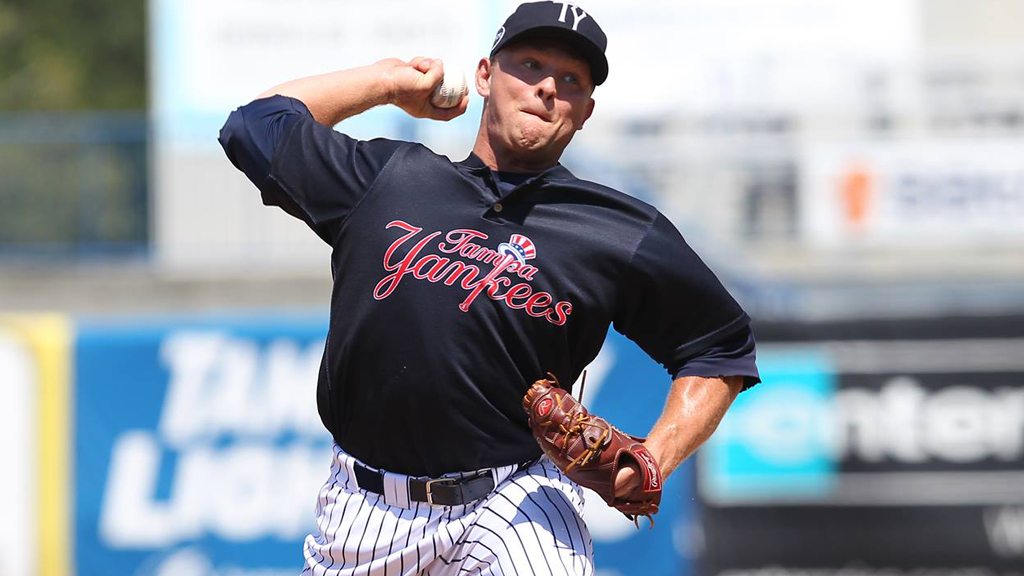 After their second big win in a row the Tampa Yankees look to the opening series of the 2016 season on Saturday when 2015 fifth round draft pick Chance Adams will take mound in his first professional start.

Adams, 21, split the 2015 season between 3 different levels including the Staten Island Yankees, Charleston RiverDogs and the Tampa Yankees.  He appeared in 14 games, all out of the bullpen and threw 35 1/3 innings, striking out 45 and walking 9.

With four pitches Adams looks to follow the path of fellow Tampa Yankees pitcher Jonathan Holder who went from the bullpen to the rotation in his second year of pro ball.  Look for him to compliment his mid-90s fastball with a slider, circle-changeup and a cutter.

At the plate The Tampa Yankees feature some of the best prospects the New York Yankees have in their system with Jorge Mateo entrenched in the leadoff spot, Miguel Andujar at third, and Abiatal Avelino at short.  In addition first baseman Mike Ford is starting off the season well at the plate with 4 hits over 7 at bats.  The 23-year old non-drafted free agent is playing his second consecutive season with the Tampa Yankees.