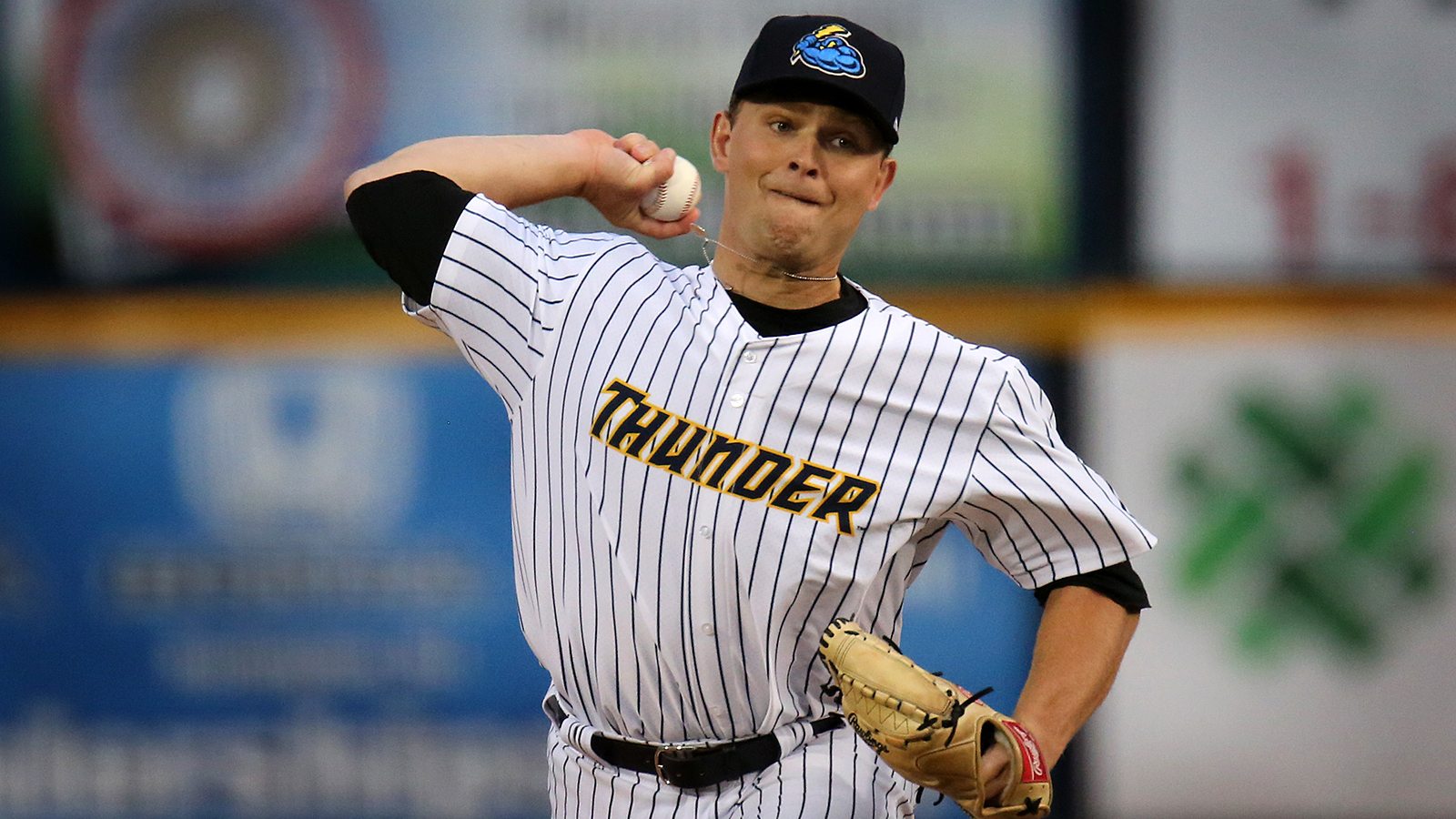 We are a little over a week into the 2017 minor league season and Trenton Thunder pitcher Chance Adams has been named by MiLB.com as the Eastern League Pitcher of the Week for April 6-April 16.

During that stretch, Adams was 2-0 with a 0.79 ERA, striking out 13 batters in 11 1/3 innings.  He started off the season throwing 9 2/3 innings of no-hit baseball between two starts against the Erie SeaWolves and the Portland Sea Dogs.