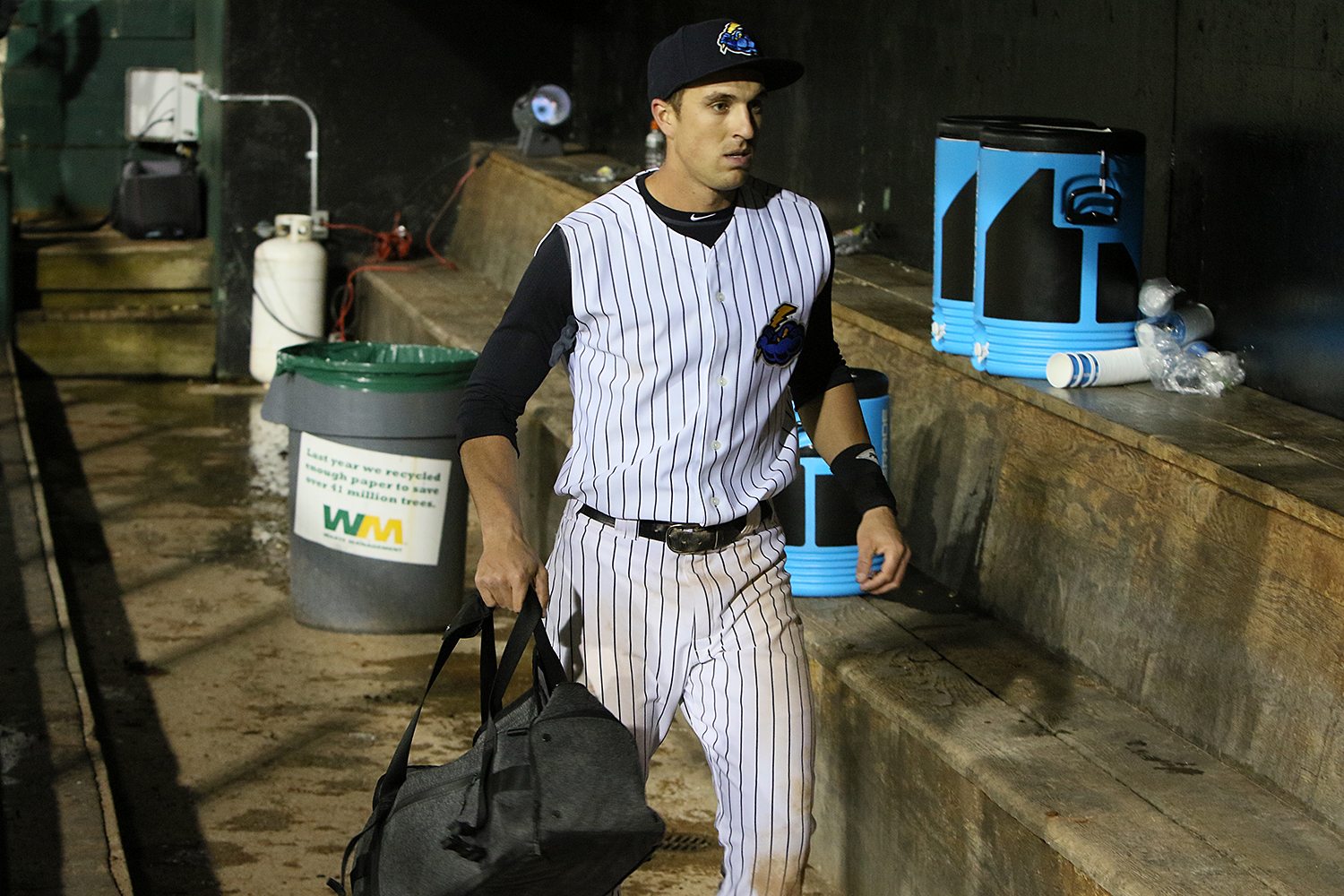 Lane Adams broke up a scoreless game with a home run Friday night. (Photo by Martin Griff)
TRENTON, NJ – The Thunder wrapped up their opening homestand of the season with a 1-0 victory over the Portland Sea Dogs on Wednesday night at ARM & HAMMER Park.
Lane Adams slammed a solo home run through a stiff wind to center field in the bottom of the eighth to push the Thunder to their fourth win of the season. Adams’ home run gave the Thunder their first 1-0 win of the season since May 21, 2015 against Bowie.
Brady Lail went 6.2 scoreless innings in a starting role for the Thunder. He allowed four hits, three walks and struck out four on 101 pitches. Evan Rutckyj and Matt Tracy followed Lail’s outing with 2.1 combined scoreless innings.
Kyle Higashioka led the Thunder offense with a pair of hits including a seventh inning double. Dustin Fowler added a double in the first inning and finished the team’s opening homestand 7-for-24 (.292) with three stolen bases and three walks.
Your Thunder will open their first road trip of the season on Thursday night at New Hampshire. at 6:35 pm. Listen live to Thunder baseball on 91.3 FM WTSR or online at www.TrentonThunder.com. The Thunder return home on Thursday April 21 for a four-game series with the Akron Rubberducks. Tickets and the promotional schedule are available by phone at 609-394-3300 or online at TrentonThunder.com.
In this article:baseball, Game Recaps, milb, Minor League Baseball, mlb, New York, New York Yankees, Trenton Thunder, yankees