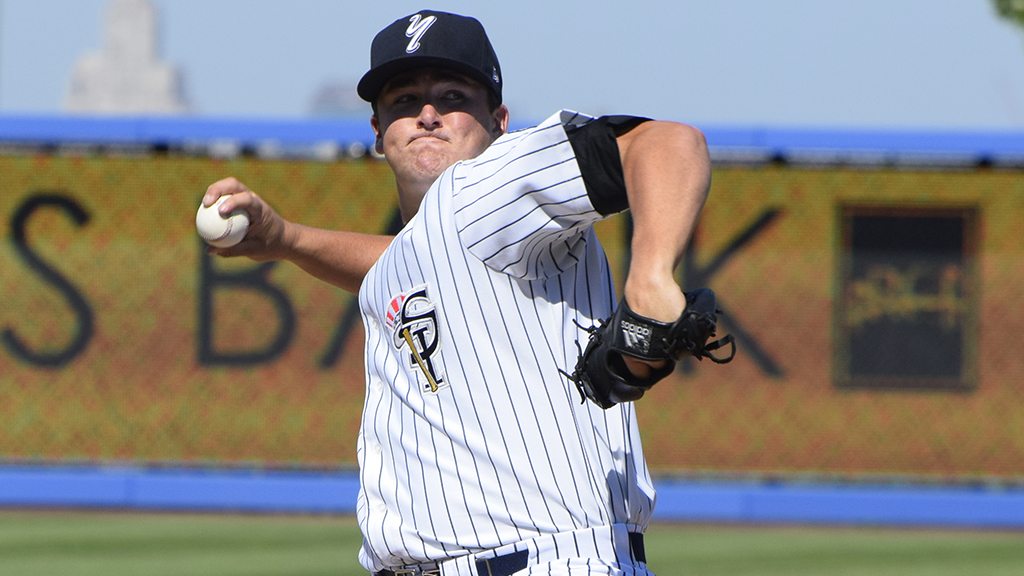 With the series tied at a game apiece, the Tampa Yankees and Lakeland Flying Tigers were back at Joker Merchant Stadium for game three. The T-Yanks sent RHP Jonathan Holder to the mound while the Tigers sent LHP Ryan Longstreth to start. But, after nine innings, the Yanks would prevail and earn the 7-3 victory.

After an over two hour delay for lightning in the area, both teams finally headed out to the field. Tampa’s Mark Payton started things off with a triple on a fly ball to center. Tyler Wade followed with a sac fly to take an early 1-0 lead.

In the top of the 2nd, the T-Yanks were back at it starting with a single by Isaias Tejada who then advanced to 2nd on a pass ball by Lakeland’s Drew Longley. A RBI single by Matt Snyder then put the Yanks up by 2. A throwing error by the Tigers’ Francisco Martinez would then load the bases with no outs. Claudio Custodio then hit a two run double and would then score himself after a double by Payton.

Pitching with a 5-0 lead, Holder pitched 3 hits while striking out 4. Longstreth pitched 5 innings for the Tigers allowing 5 hits and 5 runs; striking out 3.

In the top of the 8th the T-Yanks tacked two more on the board to take a commanding 7-0 lead. The Tigers’ Javier Betancourt hit a three run homer off of Tampa’s Gabriel Encinas for a 7-3 ballgame.

Next Game:
The Tampa Yankees will take on the Lakeland Flying Tigers on Sunday evening at 5:00pm for the fourth and final game of the series.