After Tanaka, RailRiders Rally Past Durham 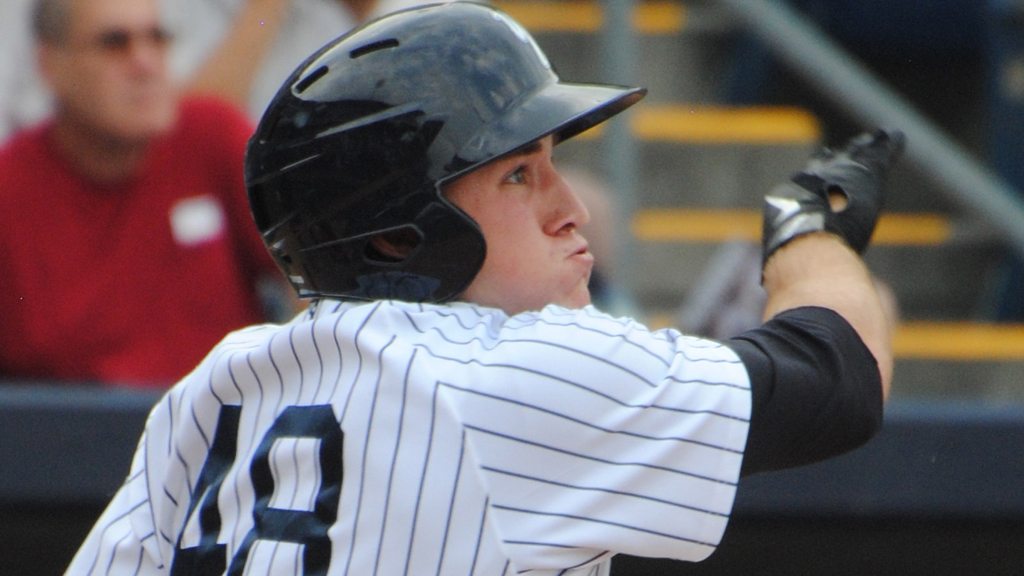 Moosic, PA – Ben Gamel’s infield single in the bottom of the 10th inning capped a four-run rally by the Scranton/Wilkes-Barre RailRiders in a 4-3 win. The RailRiders (22-20) improved to 4-0 in extra-inning games while the Bulls (21-22) fell to 0-5 in overtime. The three-run deficit was the largest overcome by the RailRiders in a victory this season.

Continuing his return from a wrist and forearm injury, the New York Yankees’ Masahiro Tanaka pitched effectively. The right-hander was able to work through three innings, striking out two and allowing just two hits. Tanaka threw 41 pitches, 25 for strikes.

Mark Montgomery (1-0) picked up the win with 1.1 innings of scoreless relief. Ronald Belisario (0-2) shouldered the loss after 1.2 innings of work, allowing the winning run to cross in the last of the 10th.

The two teams blew through the front five innings without a run scoring. Eugenio Velez finally cracked the seal for Durham when he doubled home Jake Elmore against reliever Joel De La Cruz.

Stymied for much of the game, the RailRiders’ bats came alive against Andrew Bellatti in the eighth. Rob Segedin drew a walk and outfielder Mason Williams’ first Triple-A hit was a smash to right. Ramon Flores followed with a single to score Segedin, who just beat the tag on a close play at the plate.

Rob Refsnyder extended his hitting streak to 11 games on a hard single to left that scored Williams. Behind only 3-2, Tyler Austin launched a double to the right-center gap to push across Flores. Bellatti dug in with the go-ahead run at third and kept the RailRiders from doing further damage.

In the 10th, Refsnyder reached on a force out at second. With two out, Refsnyder stole second and moved to third on a wild pitch. Gamel’s high bounder up the middle glanced off Jake Elmore’s glove, allowing Refsnyder to cross home for the winning run.

The RailRiders continue their series against the Durham Bulls (Tampa Bay Rays) at PNC Field on Friday night. Right-hander Kyle Davies (2-3, 5.17) opposes LHP Everett Teaford (2-3, 6.28). It’s an action-packed night at PNC Field as the team will wear special flannel jerseys as part of Country Night. A post-game fireworks show will follow as part of Fireworks Friday. First pitch is set for 7:05 p.m. For tickets or more information, call 570-969-BALL (2255) or visit the team’s website,  www.swbrailriders.com.