Aguilar Homers and Drives in Three as RiverDogs Defeat Greenville, 3-1 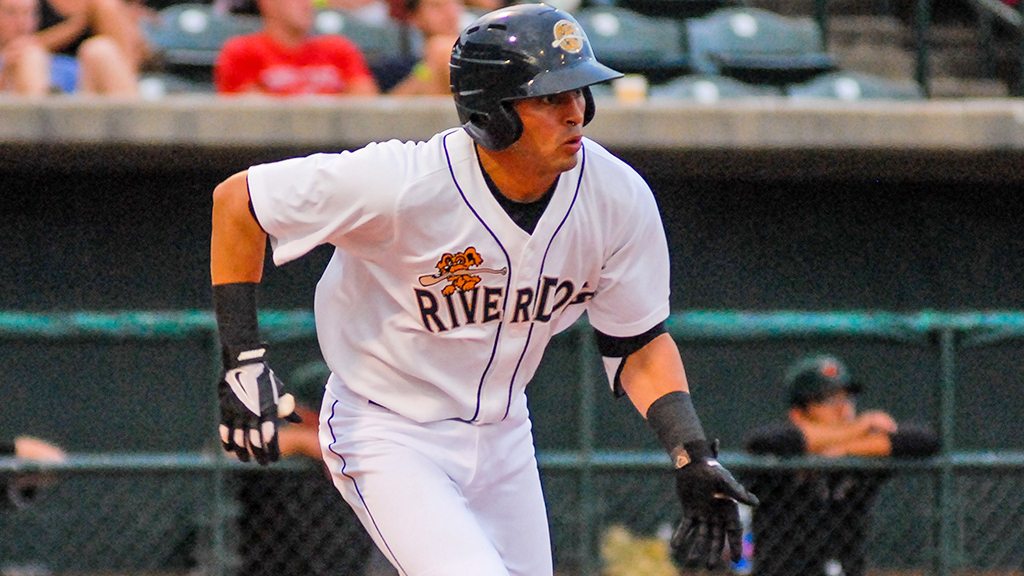 GREENVILLE, SC – Angel Aguilar ripped his fifth home run of the season with a two-run shot that cleared the towering left field wall as the RiverDogs third baseman carried Charleston’s offense to a 3-1 victory over the Greenville Drive on Monday night at Fluor Field.

Aguilar finished the night going 2-4 with three RBI. His one out blast in the second inning carried an estimated 422 feet before plunking off the brick building behind the Big Green Monster replica in left to make it 2-0 Charleston. Kyle Holder singled with one out before being driven in on the Aguilar bomb.

The RiverDogs tacked onto their lead in the sixth when Aguilar stroked a single to left to drive in Jhalan Jackson who led off the inning with a double.

Daris Vargas (3-0) took a no-hit bid into the fourth before allowing a long Fenway-like single that was smoked off the wall in left by Drive catcher Austin Rei to lead off the frame. Vargas finished the night going 5.2 scoreless innings, allowing two hits with three walks and a season-high eight strikeouts.

Anyelo Gomez took it the rest of the way, allowing just one hit while striking out four and issuing a pair of walks to pick up his first save of the season.

In the ninth, a pair of errors on one play would keep the Drive’s hopes alive with two outs. Gomez issued his second walk to Josh Ockimey to lead off the inning before retiring the next two batters. With the Drive down to their last out, Chad De la Guerra tapped a ball on a check swing toward that mound that was fielded by RiverDogs catcher Eduardo Navas who threw on to first on a ball that Connor Spencer couldn’t scoop out of the dirt. After the error charged to Spencer, Kyle Holder fielded the ball in foul territory and threw toward an empty home plate that allowed a run to score unearned on the second error, trimming the RiverDogs lead to one. With a 3-2 count, Gomez would punch out Greenville left fielder Trenton Kemp after to end the ballgame.

The Drive collected just three hits in the loss, matching a season-best done five other times by the RiverDogs staff.